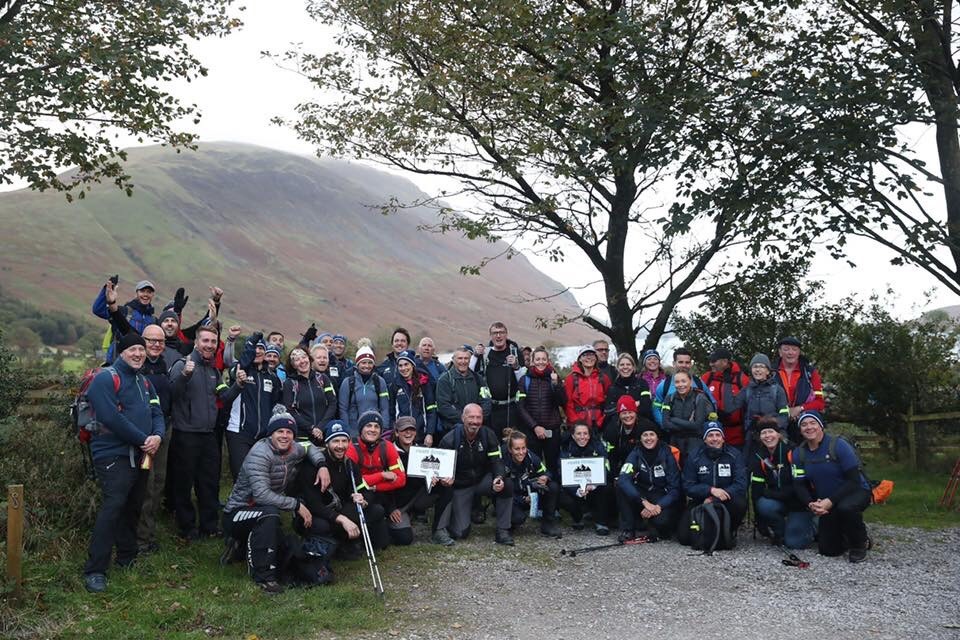 The Worcestershire opener was amongst fifty dedicated fundraisers who conquered the physical demands of scaling Ben Nevis in Scotland on Friday, Scafell Pike in England on Saturday and Snowdon in Wales yesterday.

Shortly after the final fundraisers made their way down Snowdon on Sunday afternoon, the ambitious target of £50,000 was surpassed with donations open until the end of November.

Daryl, the chairman of the Professional Cricketers’ Association, said: “It has been an amazing experience. It was really difficult at times but you kept thinking of the charities and all the good causes that would benefit and that got you through really.

“The first day was absolutely horrific with going up the mountain in rain, sleet and wind and it was easily the hardest thing I’ve ever done.

“But it is something we will all look back on with fondness and credit to everyone involved, all the organisers, all the staff that got us up and down the mountains safely, and all the people that took up the challenge and raised a lot of money for some great causes.”

The Three Peaks Challenge, which was proudly partnered with Argentex, the foreign exchange specialists, was the fourth major joint fund-raiser between the Professional Cricketers’ Trust and Tom Maynard Trust after the successful ‘Big Bike Rides’ which took place in 2013, 2015 and 2017.

The combined figure for the events, which have now seen challenges cover all points of Great Britain have now, raised in excess of £475,000.

The Cricketers’ Trust is professional cricket’s leading charity, which helps current and former players and their immediate families, when they have fallen on hard times.

Whilst the Cricketers’ Trust supports players during and after their playing days, the Tom Maynard Trust aims to educate young people in the emerging stages of their sporting career.

The organisation aids the development of aspiring sportsmen and women by way of bursaries, provision of equipment and support for overseas placements, amongst other priorities, which include educating young sportspeople of the risks associated to top level sport.

You can still donate directly to the Three Peaks Challenge with all proceeds going towards the Professional Cricketers’ Trust and Tom Maynard Trust via the Just Giving page by clicking here.