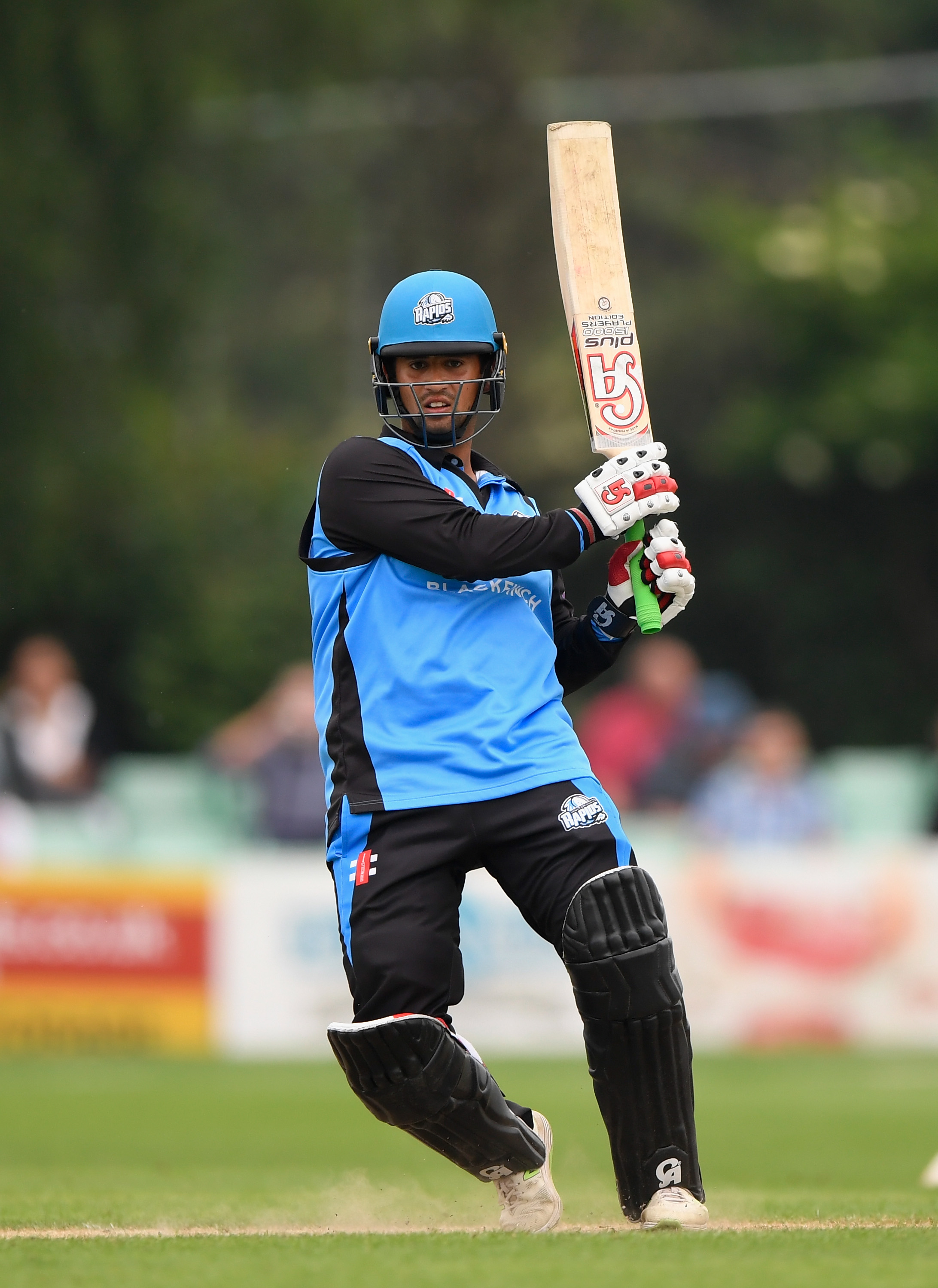 D’Oliveira came in at number four and smashed 64 off just 37 balls with three sixes and six fours as the Rapids amassed 191-6 in their 20 overs.

But a sixes blitz from Outlaws opener Riki Wessels helped his side to win with 11 balls to spare.

Leaders Durham Jets, the Rapids and Lancashire Lightning are now set for a thrilling finale to the North Group in a bid to claim a top two spot and a home quarter-final.

Lancashire tackle Birmingham Bears on Wednesday, the Rapids visit Edgbaston on Friday and on the same evening the Jets take on Derbyshire Falcons.

It could have the coaches and players reaching for the calculators as run rate will be the deciding factor if teams are level on points.

Luke Fletcher bowled a testing opening over in which Joe Clarke twice edged him for four.

Clarke produced more convincing shots in clipping Fletcher through mid wicket and carving him over point for boundaries.

Rapids captain Moeen Ali, released by England from Test duty to play in this fixture, got into his stride with two sixes over mid wicket off Outlaws skipper Dan Christian.

The Rapids half century came up in the fifth over but then three wickets fell in quick succession.

Clarke (29) lofted Fletcher to Alex Hales at mid-on and in the same over Callum Ferguson (4), a century-maker in the Blast fixture at Trent Bridge last weekend, cut the ball into the hands of Samit Patel at point.

It became 62-3 when Moeen (25) carved a delivery from Steven Mullaney to Jake Libby on the cover boundary.

D’Oliveira and Ben Cox added 52 in five overs before the Rapids wicket-keeper on 16 was caught on the square leg boundary off Mullaney.

Christian returned to the attack to bowl Ross Whiteley (16) and D’Oliveira saw his fine knock come to an end when he departed in the same fashion to Harry Gurney.

Some late aggression from Wayne Parnell, including successive sixes off the final two deliveries of the innings from Gurney, lifted the Rapids to a competitive looking total.

When Nottinghamshire launched their reply, Wessels adapted an all out aggressive approach despite Hales (9) quickly departing to Carter – his first wicket for the County.

Wessels hit nine sixes in his 55 off just 18 balls before he was caught at deep square leg by Ed Barnard off Pat Brown.

Worcestershire fought back from this onslaught and started to increase the required run rate.

Brown accounted for Mullaney (20) who skied the ball on the on side and then Jake Libby (37) was run out after smart work by D’Oliveira after Tom Moores called him through for a single.

Moores (30) ensured there were no late scares for the Outlaws despite him becoming a third victim of Brown (3-28) from a skier on the off side.