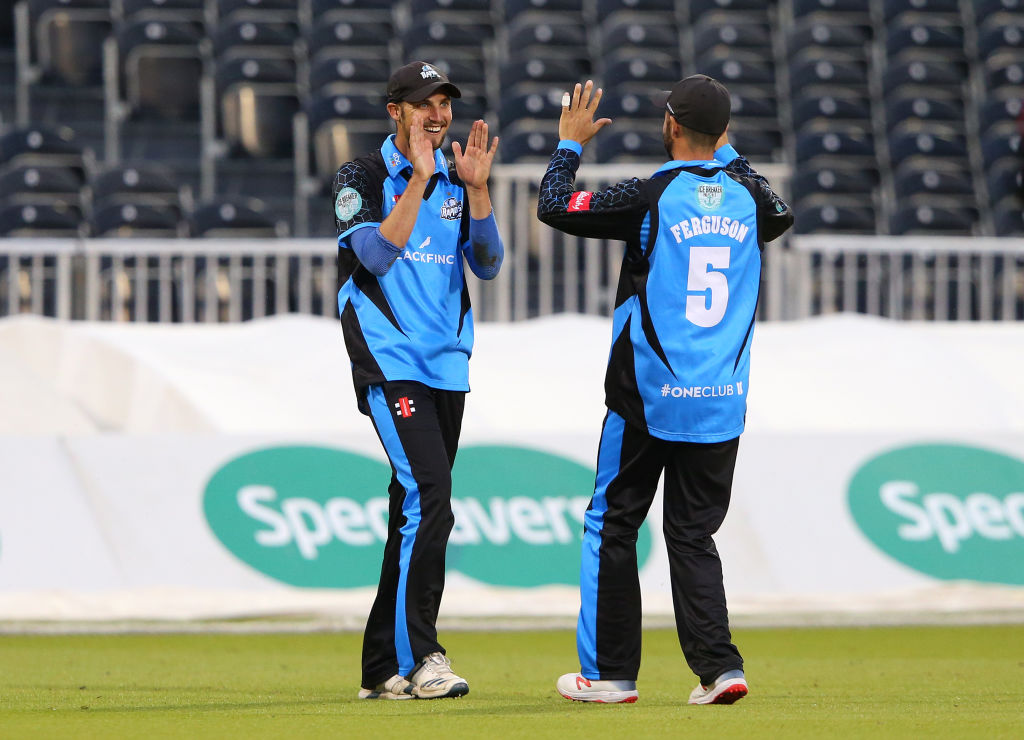 There was a spell in mid-summer when Worcestershire looked to be producing their own version of ‘Catch Of The Season’ in the Vitality Blast.

They were followed by Callum Ferguson’s one-handed catch above his head to account for Leicestershire Foxes batsman Mark Cosgrove at Blackfinch New Road.

Worcestershire in general were again excellent in the field throughout 2019 and Barnard says it is testament to the hard work and emphasis placed on that facet of the game by First Team Coach Alex Gidman.

Barnard said: “I was pretty happy that they (the two catches) stuck. They were both pretty special to happen.

“Was Liam Livingstone the better catch? I think so. One-handed makes it a little bit nicer but I just chucked myself at both of them and they managed to stick.

“Fergie’s catch was really amazing because he got the wrong side of it and then had to go back across himself with his own hand.

“But it’s a product of the work we do as a team on fielding. We work really hard on it and pride ourselves on that and it was a big reason why we won the Blast last year as one of the best fielding sides.

“This year again we out-fielded a lot of the teams. It is not a big surprise to a lot of our players, some of these catches we take, because we take a lot of them in training and work so hard on our catching in training.

“Fielding is a massive part of T20 cricket and here reaches into all our cricket. Giddo is massive about the importance and emphasis on fielding.

“It’s something I’ve learnt coming through that to have that extra string to your bow is massive as a cricketer.

“If we can keep out fielding teams it is going to give us a massive chance in competitions.

“Those extra 5-10 runs you save, especially in T20 with a limited number of balls and runs available, can be crucial.

“If you can save as many as you can in that time, it gives you a really good chance of winning.”

So has Barnard always been a top notch fielder?

He said: “I remember as a kid I was always a pretty decent fielder but did used to drop catches.

“But it’s something I’ve worked really hard on, especially with the role I play in the side.

“If I can offer something with all three skills, even going forward for higher aspirations, if you can do all three really well it gives you a great chance of getting into that frame.

“The last five years, you look at most teams, there are not many lads who are poor fielders and it is quite obvious when there are. The work we’ve put into it is paying off.

“As the game has got more and more professional, everyone has realised that you’ve got to be able to do more than one thing.

“You can’t be just a bowler or a batter. You need to do at least two of the three (skills).”