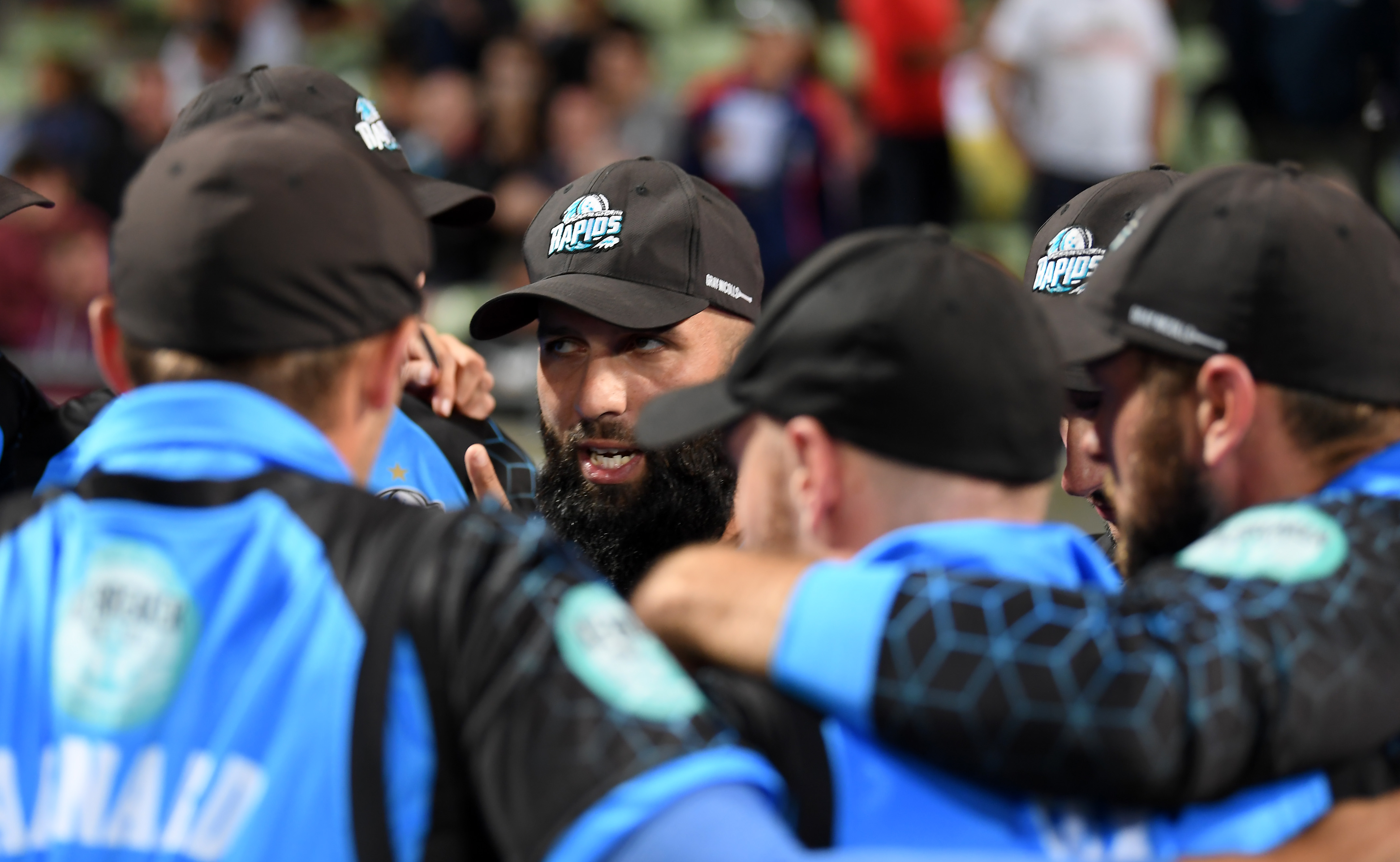 Worcestershire Rapids made a defence of their Vitality Blast title to be proud of before going down to a last ball four wicket setback to Essex Eagles in a tense final under lights at a packed Edgbaston.

Moeen Ali (32) and Riki Wessels (31) were their main contributors to the Rapids total of 145-9 after Essex won the toss and opted to bowl first.

It was a competitive total in the bowler-friendly conditions favouring spin in particular and the Eagles were made to fight all the way with Moeen (2-22) also making a sizeable contribution with the ball.

But the Rapids fell agonisingly short of becoming the first side to defend their title the following year after earlier in the day defeating Notts Outlaws in the semi-finals.

The Eagles needed 12 from the final over bowled by Wayne Parnell and the over went one, one, two, two, four before Simon Harmer hit the last delivery to the boundary.

The final was a battle between the two teams who finished fourth in the North Group and South Group respectively.

The Rapids kept faith with the same side which had overcome Notts Outlaws in the semi-finals by one run.

Essex were appearing in their first Blast final after overcoming Derbyshire Falcons.

Hamish Rutherford (4) got off the mark with an edge for four against Dan Lawrence. It was his only scoring shot before he was bowled by a delivery from Lawrence which spun sharply.

Moeen opened his account with an edge backward of square from the same over which flew to the boundary.

Wessels rocked back to cut Sam Cook for four and Moeen collected two further boundaries in the same over.

Moeen pulled Cook for a big six over mid wicket in his second over and a delivery from Ravi Bopara went over the wide long on boundary as the Rapids reached 47-1 in the powerplay.

Essex captain Harmer, who had taken four wickets against the Falcons, came into the attack and was deposited for six by Wessels over long on.

But he broke through in his second over with two wickets in two balls.

Moeen was caught and bowled for 32, to end a stand of 57 in eight overs with Wessels, and Ben Cox was given out lbw to his first delivery.

The Rapids reached 75-3 at the half-way juncture after Parnell drilled Aron Nijjar back down the ground for six and inside edged him for four.

Harmer ended with figures of 3-16 after bowling Parnell (19) in his final over.

Daryl Mitchell, with his ability to work the ball around in the testing conditions, was promoted up the order and the 100 came up in the 15th over.

Wessels batted with great responsibility in making 31 but was then run out by Paul Walter’s throw from in the covers after he attempted a quick single.

Mitchell made 19 off 15 balls until he cut Lawrence to backward point and then Ross Whiteley (7) was taken at long on from the bowling of Cameron Delport.

Two wickets fell in the final over from Ravi Bopara. Ed Barnard (5) went for a ramp shot and was caught at short third man and Brett D’Oliveira (10) fell at deep mid wicket.

When the Eagles began their reply, Moeen bowled an excellent first over and only conceded a single.

Parnell claimed a big scalp in the second over when Cameron Delport (1) clubbed a full toss to Wessels at long on.

Tight bowling restricted the Eagles to 36-1 from the powerplay.

Mitchell came into the attack and struck in his first over as Adam Wheater (15) went for a reverse sweep and was bowled at 47-2.

The Eagles also had to work extremely hard for their runs.

Parnell returned to the attack and picked up a second scalp as Tom Westley (36) top-edged a catch to Pat Brown running in from the deep square leg boundary.

It became 75-4 as Ryan ten Doeschate (1) tried to give Moeen the charge and was caught at mid wicket by Mitchell.

Seven runs later Lawrence aimed a big blow at Moeen and only found the hands of Wessels who took another fine catch at long on.