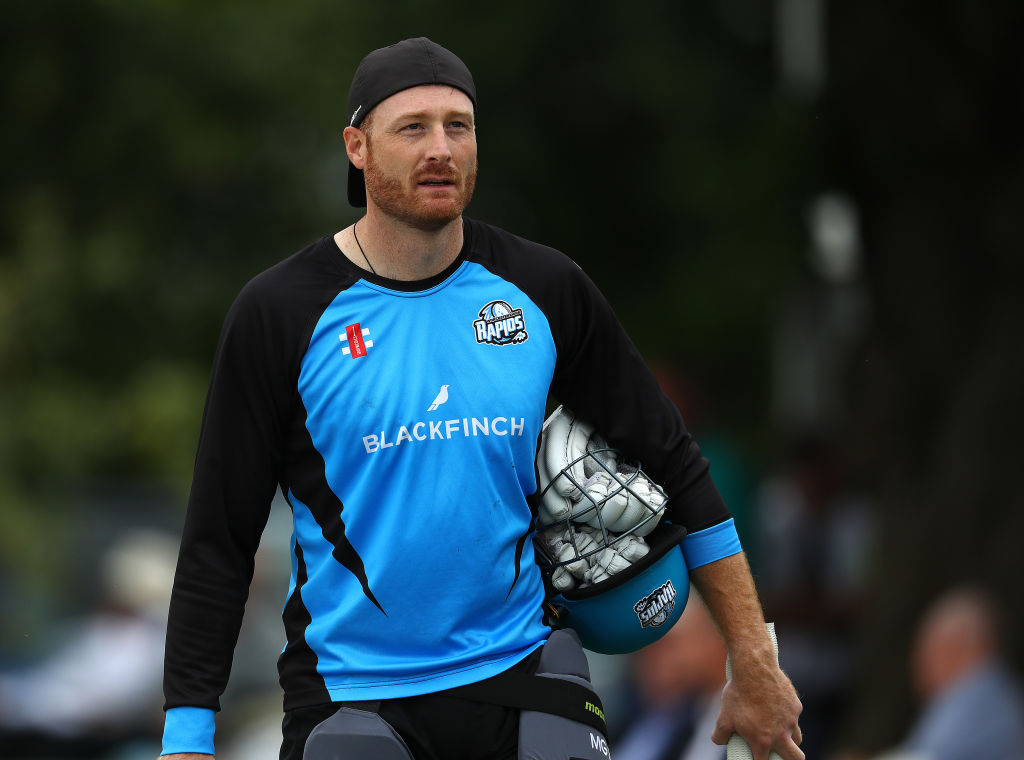 They triumphed by 50 runs under the Duckworth-Lewis-Stern method in Game One and by nine wickets in double quick time in Game Two.

Worcestershire included five of the side which had defeated Durham in the Vitality Blast on Thursday at the Emirates Riverside.

Martin Guptill made his mark in both games with bat – and ball as he picked up a combined total of seven wickets for 17 runs!

Guptill was due to play in the second match but stepped up into Game One after Josh Dell was required at Northampton for 12th man duties in place of the injured Josh Tongue.

Worcestershire opted to bat after winning the toss and Tom Fell (5) fell to Chris Liddle while Ollie Westbury (3) was run out.

But Guptill moved onto 41 not out from 32 balls with one six and five fours and Ross Whiteley an unbeaten 21 from nine balls before rain intervened.

Whiteley picked up sixes from successive overs by George Drissell and Jack Gibbs before rain led to a lengthy break at 81-2 from 8.3 overs.

The players returned at 2.07pm for a 14 overs per side game.

Guptill added only a single before he was bowled by Ben Charlesworth but Whiteley went onto make an unbeaten 46 off 27 balls with four sixes as Worcestershire totalled 121-4.

Gloucestershire, facing a re-adjusted target of 130, reached 36-0 in reply but then Mitchell Stanley picked up three wickets in the space of 10 balls.

He then held onto a chance offered by Drissell off the bowling of Guptill to leave Gloucestershire on 52-4 in the eighth over.

In Game Two, it was the turn of Finch (2-0-8-3) to make the early inroads after Gloucestershire opted to bat with the first three wickets to fall

Guptill then proved virtually unplayable and ended with figures of 3-1-9-5 and he was well supported by Whiteley (3.3-0-20-2) as Gloucestershire were bowled out for 72 in 12.3 overs.

In reply, Guptill and Fell hurried Worcestershire to victory in just 5.3 overs.

Fell was dismissed for 28 off 14 balls but Guptill ended unbeaten on 46 from 19 balls with three sixes and six fours.