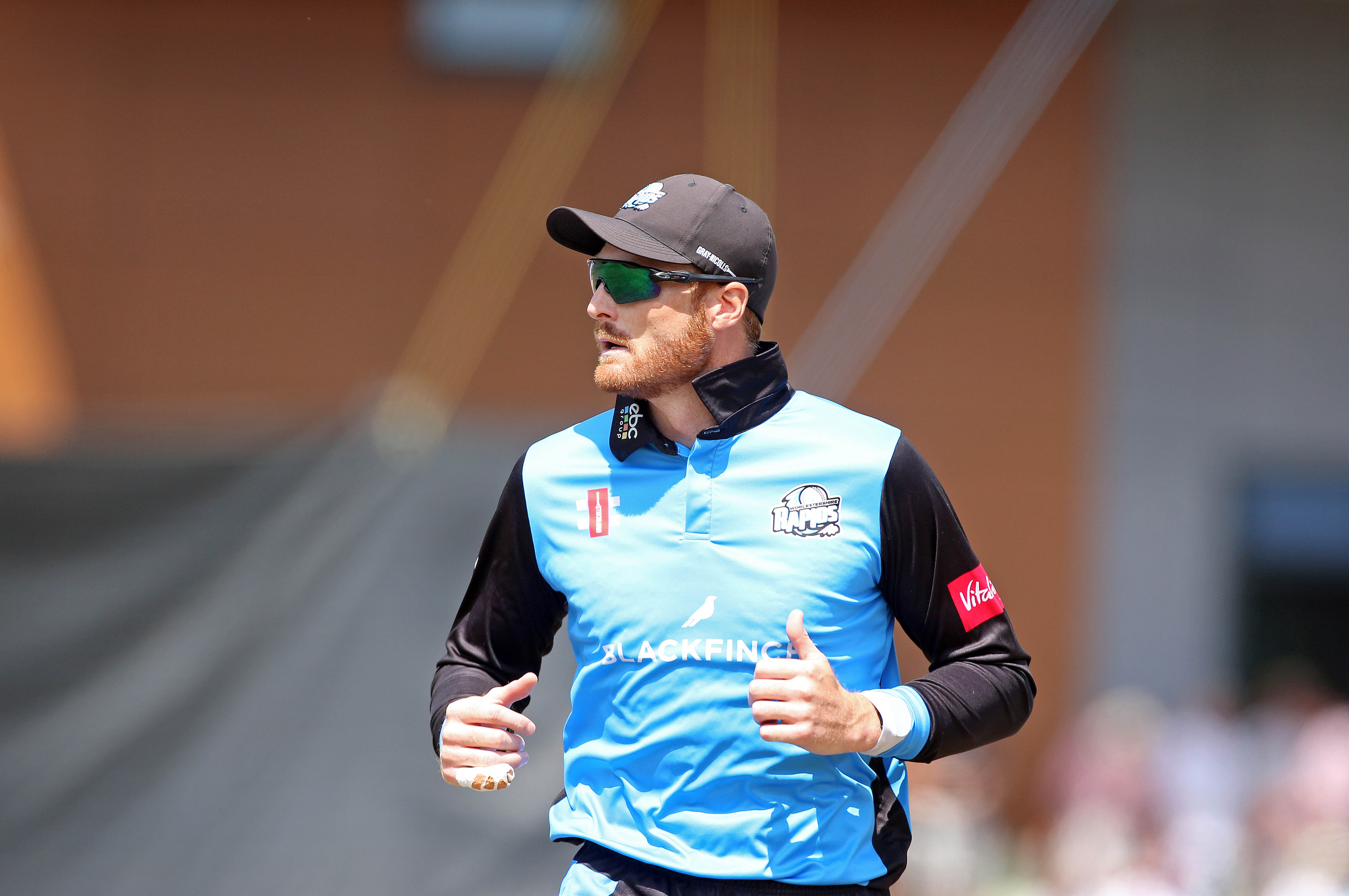 Alex Gidman believes Martin Guptill will be “fine” after his ICC World Cup final heartbreak when he returns to Worcestershire Rapids for their Vitality Blast opener against Notts Outlaws at Trent Bridge this evening and tomorrow’s home encounter with Birmingham Bears.

The New Zealand star and his team-mates lost out by the narrowest of margins to England in Sunday’s showpiece at Lord’s.

But First Team Coach Gidman says Guptill “really wants to contribute” for the Rapids in the defence of their title in what will be his second spell at the club.

Last summer he smashed the second quickest domestic T20 century of all time against Northamptonshire Steelbacks at Wantage Road off 35 balls in one of his seven appearances for the Rapids.

Gidman said: “Guppy will be fine. We all know he is a professional cricket of the highest level. Naturally he would have had a couple of days of feeling disappointed for New Zealand and for him.

“But naturally he will looking forward very quickly. He is a crucial part of our team but also he got on with everyone really well last year.

“We all care for Guppy and, had it been against any other team (except England), I’m sure we would have wanted New Zealand to win because of our contacts with him.

“It is obviously a tough experience for him to go through but I do know he is very excited about playing in the Blast again for us and the lads are genuinely very excited to see and looking forward to it.

“The innings he played at Northampton last season was one of the most amazing innings I’ve ever seen and we know he is capable of producing that again and again.

“He is so good but like any sports person he is allowed to go through some times where he doesn’t quite nail it. He is only human.

“But I know he is excited about returning to play for us and really wants to contribute, which I know he will anyway.

“He is a really good man and someone who was good for our team on and off the pitch and I’m sure that will be the same again.”

Gidman’s sentiments are echoed by Ross Whiteley – a close friend of Guptill stretching back to their time together as flat-mates and team-mates at Derbyshire.

Whiteley said: “Really looking forward to him coming back. We’ve been in contact a lot throughout the winter and more recently while he has been over here.

“He will be a massive asset to our white ball team again and having him for virtually the whole tournament will be huge.

“Gups brings a lot of confidence to the dressing room, just having someone of his calibre around.

“That 100 at Northampton was by far one of the best innings I’ve ever seen and I know a number of other people will back that up.

“He is a confidence player, Guppy is, and I was chatting to him a couple of days before and he said he was struggling and hoping to do a little bit better for the team.

“It was his last knock before he was going to leave us and he just showed his class and what he was about.”