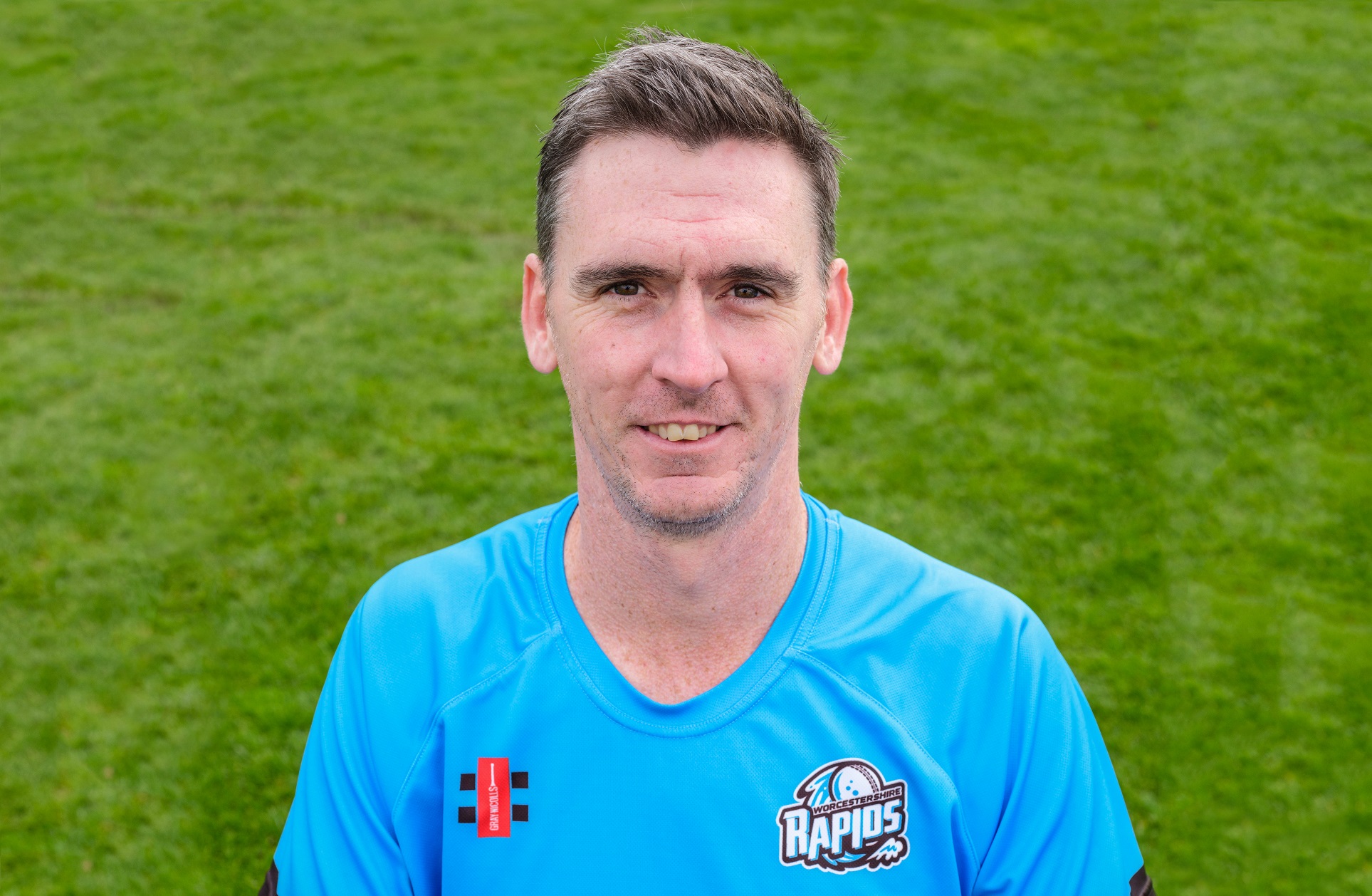 Steve Magoffin is back at Blackfinch New Road as lead coach and manager of the Worcestershire Women’s Rapids pathway programme.

Magoffin hung up his spikes last month after a distinguished career which brought him 597 first class wickets and ended with a second spell with Worcestershire.

It is the first steps for Magoffin towards his ambition of becoming a successful coach and a challenge he is relishing getting to grips with.

Worcestershire Cricket Board cricket development director, Tom Hill, said: “We are delighted to announce the appointment of Steve Magoffin who has recently retired from playing first class cricket after a distinguished career.

“He is going to be taking on the pathway manager role for the women and girls programme which is brilliant for us.

“He is going to be coaching and overseeing the pathway. He will be the lead coach for the women’s cricket programme from Under-11s right through to the Women’s Rapids.

“The women and girl’s game has come on tremendously in recent years and we enter a really exciting period, which no doubt Steve’s expertise will really help professionalise our set up.

“Steve will be responsible for monitoring the talented girls in the programme, managing the coaches that are deployed onto it and really setting the direction for that programme.

“He will work closely with Elliott Wilson and the Worcestershire Academy as we try and stream line things and basically give every player, boy or girl, the same opportunities to excel in the game of cricket.

Hill added: “Steve is really keen and will bring a wealth of experience which will really help. He will mentor our younger coaches and kind of set the expectations for all of our players.

“He has got a lot to give, a lot to offer, and I’m really excited that he has taken this opportunity.

“It will be really good for him, good for the pathway and the girls and women who are part of it.

“They will all benefit tremendously from his input and direction.

“It shows a statement of intent from us. We are serious about this. We want to be one of the best pathway programmes in the country and Steve will help us achieve that.”

Magoffin, whose head coach when a Sussex player, Mark Robinson, is now the England Women’s team head coach, said: “This is a fantastic opportunity for me.

“I’m the head coach of the whole women’s programme from Under-11s, Under-13s, Under-15s, Under-17s through to the Rapids.

“I will also be the assistant coach to Gareth Davies of the women’s Rapids team.

“The main part of my role is to oversee the whole programme from the youngest age to the seniors so we can have a good progression of girls coming through over the next few years to play for the senior team.

“There is a lot of hands on coaching I’m going to be able to do while the programme really kicks into gear into January.

“But it will also give me lots of other skills behind the scenes that this type of role entails – getting the programme set up, meeting all the coaches, finding out what they want and how they see their age groups moving forward.

“I will bring a bit of my experience from the men’s professional game across to help with the programme going forward.

“Women’s cricket is taking off in this country. I can imagine it is only going in one direction and, on the back of winning the World Cup, there is no bigger time in women’s cricket.

“It is something Worcestershire are trying to put a stamp on. Moving forward, they really want to try and professionalise the women’s set-up and to mirror the men’s programme and the boys pathway.

“Elliot Wilson runs a very successful Academy-pathway programme with the boys-men and we are trying to replicate that with the girls pathway.”