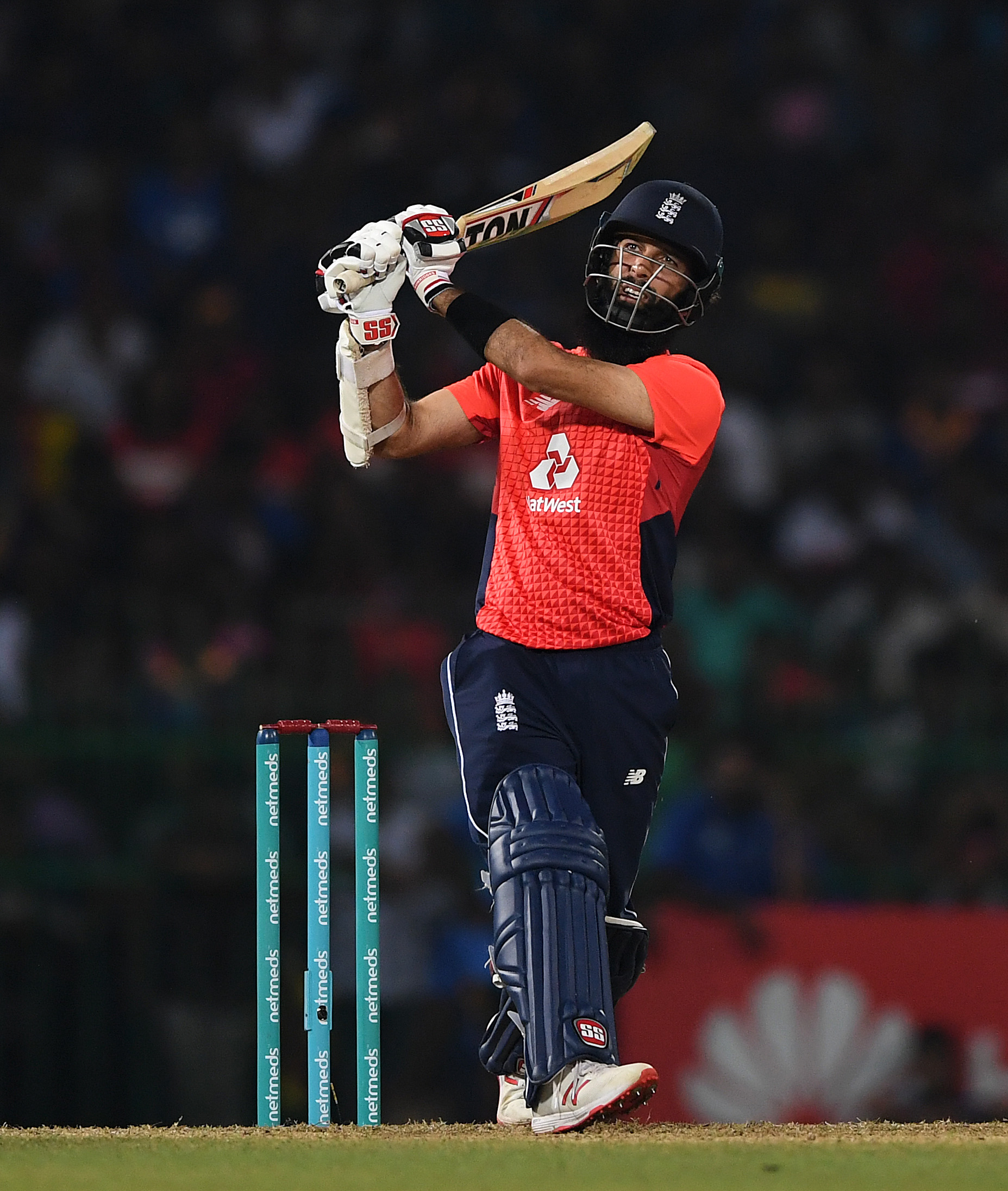 Moeen Ali will be hoping to help England complete a treble when they revert back to red ball action in the forthcoming three match Test series with Sri Lanka.

The Worcestershire all-round played a key part in the rain-hit ODI Series as England secured a 3-1 triumph with one game washed out.

Then Moeen smashed 27 off only 11 balls in helping England to victory in the sole T20I between the countries in Colombo on Saturday.

In the ODI Series, the 31-year-old did not get much opportunity to bowl because of the elements until the final two games when he had figures of 2-55 in Pallekele and 2-57 in Colombo.

He ended as England’s third most economical bowler, conceding 5.68 runs per over, and had overall figures of 29-0-165-4.

All 37 of his runs during the series came in his final innings during the fifth ODI in Colombo.

Moeen will now be looking to adding to his 52 Test appearances after England have completed two two-day warm-up matches against a President’s X1.

He is in contention to bat at number three – a role he was promoted into at the end of the summer against India.

Moeen regained his place in the Test side following some outstanding performances for Worcestershire in the Specsavers County Championship before leading them to Vitality Blast glory.
—
England Test tour of Sri Lanka schedule: