Moeen Ali To Skipper County Against The Tykes At Scarborough
Saturday, August 18th, 2018 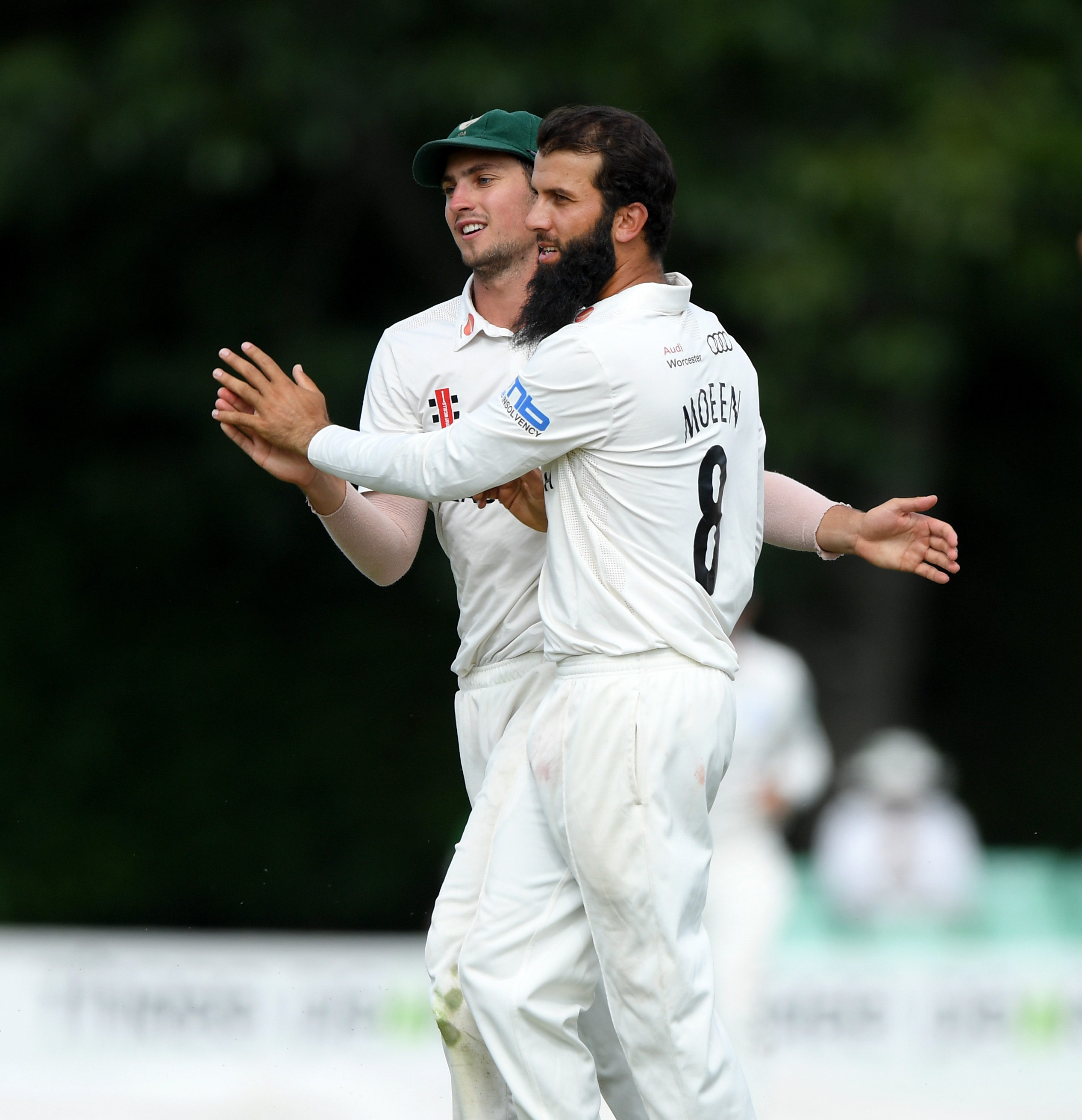 Vitality Blast century hero Moeen Ali is available to play for Worcestershire in the Specsavers County Championship match with Yorkshire at Scarborough beginning tomorrow and will captain the side.

The all-rounder has been released by England for the four-day clash with the Tykes after not being included in the side for the third Specsavers Test with India at Trent Bridge beginning today.

Moeen, whose hundred helped the Rapids defeat Birmingham Bears in the Blast at Edgbaston yesterday evening, will be making his second Championship appearance of the season.

He picked up eight wickets in the other game he was available for against Somerset at Blackfinch New Road – a performance that impressed watching England selector James Taylor – and he was brought back into the England Test squad.

Moeen said: “To top the table in both forms of the one-day stuff is fantastic.

“Was I surprised to be released to play at Edgbaston? No, no. I kind of lined it up myself because I knew I wasn’t going to play in the Test match. I was happy to do that.

“I’m looking forward to Scarborough. They are all big games for us now especially with finding a bit of form and playing alright at the moment so hopefully we can go and do a job there.”

Wayne Parnell is poised to make his Championship debut after a string of impressive Blast performances for the Rapids.

The South African all-rounder has bowled some crucial spells and picked up 11 wickets from his six appearances for the Rapids in the Blast.

Parnell is available for the next four Championship matches.

Pace duo Josh Tongue and Charlie Morris are also back in contention after injury lay-offs with a fractured metatarsal and ankle problem respectively.

The pair have come through two Second Eleven matches against Derbyshire at Belper CC and Warwickshire at Barnt Green will no ill effects.

Keeper Ben Cox has recovered from his broken ribs sufficiently to return behind the stumps after not playing against Somerset to end a run of 76 successive Championship games.

He has continued to play for the Rapids in the Blast and last night made a vital 27 off 16 balls at the climax of the innings.

Alex Milton, who deputised as keeper versus Somerset, keeps his place in the squad after scoring a maiden Championship hundred in that game.

There is also a place in the 13 strong squad for opening batsman and Seconds captain Ollie Westbury who has scored three centuries in the Second Eleven Championship this summer.

Opening batsman Brett D’Oliveira and paceman Steve Magoffin have not been included in the squad.
—
WORCESTERSHIRE (from):