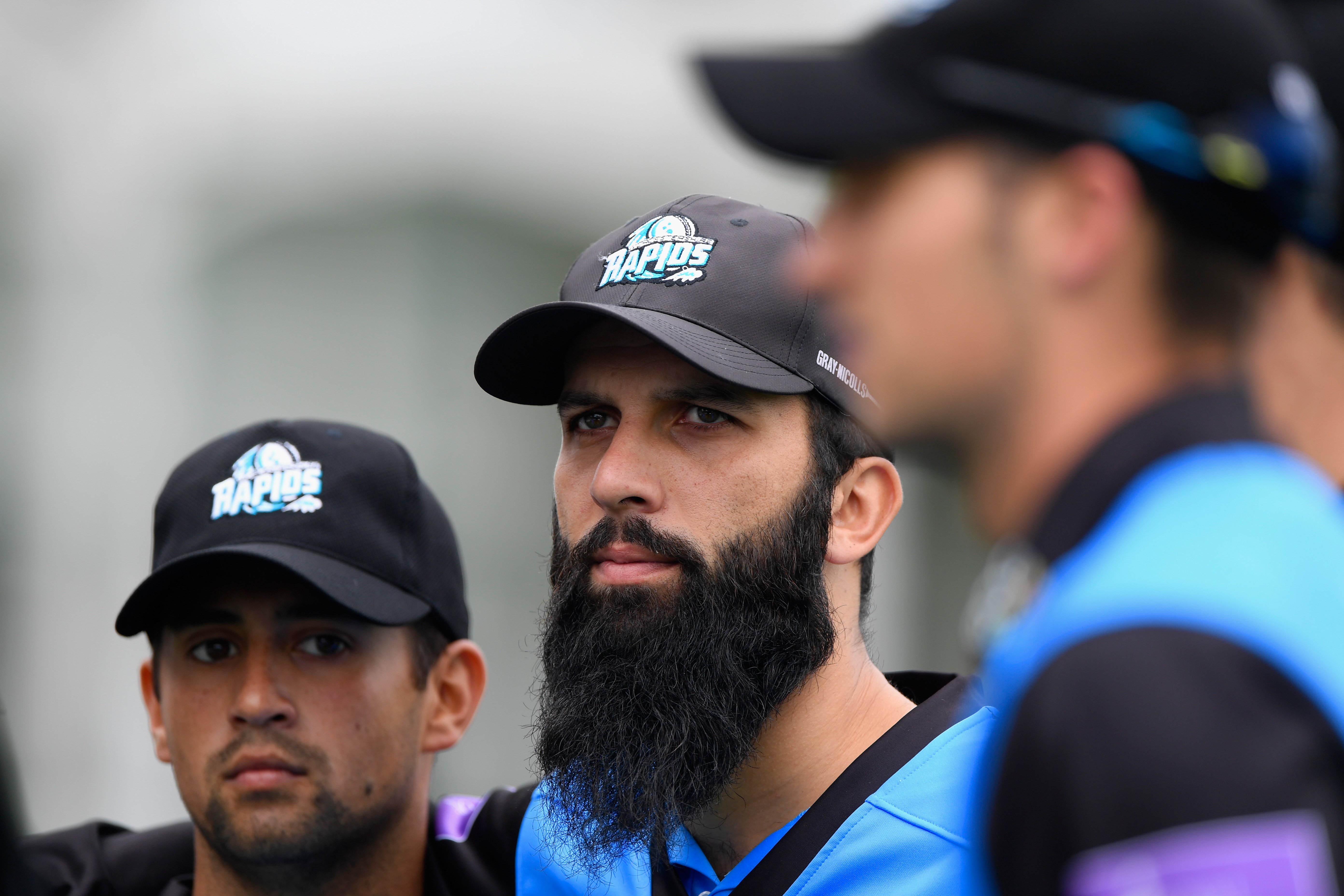 Moeen Ali scored a magnificent 100 as magnificent Worcestershire Rapids reached a 293 target with a dramatic one wicket win in the crucial Royal London One-Day Cup North Group encounter with Warwickshire at Edgbaston.

Victory ensured the Rapids of finishing top of the North Group – and a home semi-final – for the second year running.

Ed Barnard hit the winning boundary off Will Rhodes to see the Rapids home by the narrowest of margins after a thrilling game of cricket.

England all-rounder Moeen followed up his three wickets by racing to three figures off just 64 balls.

But there were also vital contributions from Ben Cox and Ross Whiteley as the Rapids sealed a sixth win in eight group games.

Worcestershire skipper Joe Leach put the home side into bat after winning the toss in front of the Sky Sports cameras.

The Rapids handed a first team debut to Academy product and England Under-19 paceman Dillon Pennington.

Moeen opened the bowling and broke through in his second over when Ed Pollock (3) was caught by Ross Whiteley on the deep mid wicket boundary.

It became 37-2 when Jonathan Trott (8) was lbw to Charlie Morris.

Leach had to leave the field after bowling four overs for 24 runs and needed treatment for a back spasm.

Sam Hain looked in excellent form for Warwickshire and reeled off a series of handsome cover drives.

But Barnard accounted for former England batsman Ian Bell (17) who was leg before.

Hain completed his half century off 58 balls with seven boundaries

Moeen struck for a second time as Hain (68) went for a reverse sweep and was caught by Morris at short third man.

He enjoyed a third success as Dominic Sibley (22) aimed a hit down the ground but deflected the ball into his pad and an alert Cox snaffled the chance after the ball had ballooned up.

Warwickshire were then 126-5 in the 29th over but their fortunes were revived by a partnership of 133 in 20 overs between Tim Ambrose and Rhodes.

Pennington picked up his first senior wicket when Rhodes (69) was bowled and then Ambrose (75) holed out to sub fielder Pat Brown on the deep mid wicket boundary off Morris.

The Rapids suffered an immediate setback when Joe Clarke (0) was caught down the legside off Olly Stone from the first delivery of the innings.

Double century-maker Callum Ferguson (7) was bowled by Stone via the inside edge.

Moeen looked in superb touch from the word go as he flicked Keith Barker backward of square for six.

He picked up three boundaries in an over off Stone and then a six over mid wicket off Keith Barker took the 30-year to a 25 ball half century.

It equalled the quickest ever List A 50 by a Worcestershire player achieved by Moeen himself in 2007 and Leach (2016).

Daryl Mitchell (18) was the ideal supporting foil for Moeen before he was run out by Jeetan Patel’s direct hit from mid off after attempting a single off the bowling of Harry Brookes.

Brett D’Oliveira (2) was lbw to the same bowler but Moeen continued to dictate and a single off Barker took him to his ton from 64 balls with four sixes and 11 fours.

Cox once again showed what a fine middle order player he is developing into and provided admirable support during a stand of 95 in 13 overs.

The partnership was finally broken when Moeen was caught off a skier at mid off from Stone.

Cox went to his half century from 51 balls when he pulled Brookes for his seventh four.

Whiteley was also in good nick, hitting Patel for sixes over long on and long off and driving Stone for two handsome fours.

His stand with Cox was worth 84 in 13 overs before the game took another twist with three quickfire wickets.

Whiteley (47) was the victim of a superb one-handed catch by Pollock at third man off Stoke and then Cox (80) dragged on a delivery from Brookes to end an excellent innings.

But Barnard collected a boundary to third man off Rhodes after a misfield by Barker to bring the scores level and then hit the winning boundary.