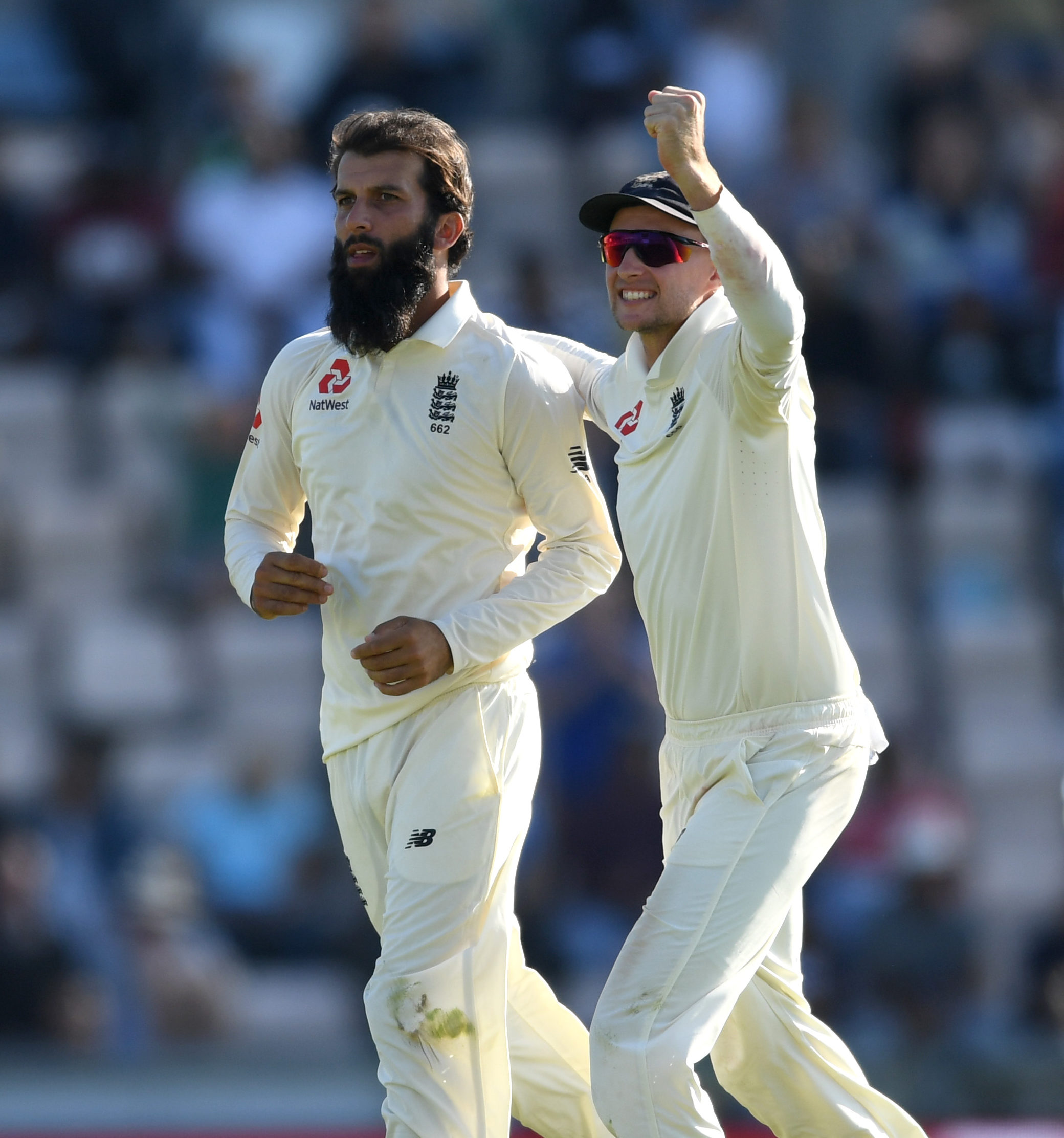 Moeen Ali says he reaped the benefits of a spell back with Worcestershire after making a successful return to Test cricket.

The all-rounder followed up his crucial 40 in the first innings by taking 5-63 on day two of the fourth Test with India at the Ageas Bowl.

It is Moeen’s first Test for five months after a challenging winter in the Ashes series and against New Zealand.

But he returned to that arena in fine form after his performances with bat and ball for Worcestershire.

Moeen said: “I actually loved being back at Worcestershire and having a good stint there and just getting the form back with the bat and the ball.

“I’ve really enjoyed going back to county cricket and having a bit of a break and it’s always nice to get a call-up when you are in decent nick with the bat and the ball.

“It’s doing what county cricket should be doing, having that confidence to come back into the Test side and perform.

“It’s more believing that you are not a bad player after one bad winter. Many players have gone through that and, for me, it was just moving on and hopefully it (the experience) makes you a better player, a stronger character.

“I moved on pretty early from that and it’s about going out there and performing for my country knowing that I can do well in England.

“I’ve done it before and it was a bad winter and these things can happen to anyone and I just shrugged it off.

“I went to Worcestershire and cleared my mind to try and get better and that’s exactly what I feel I’ve been doing.”

Moeen’s efforts helped England bowl out India for 273 and keep their first innings down to just 27.

He said: “I think in the end we were very pleased. They were 140-2 and going well and to bowl them out for 20 odd runs ahead, it was a fantastic day in the end.

“It was nice to bowl on that wicket from that end. There were memories of the last time I bowled here and that kind of help sometimes.

“From the first over I bowled, I felt quite good. I didn’t think it would spin that much on day two.

“Will the pressure be on to bowl India out second innings? The pressure is on but you’ve got to embrace that and I’m looking forward to bowling again now knowing there is good spin out there and I’ve already got wickets under my belt.”