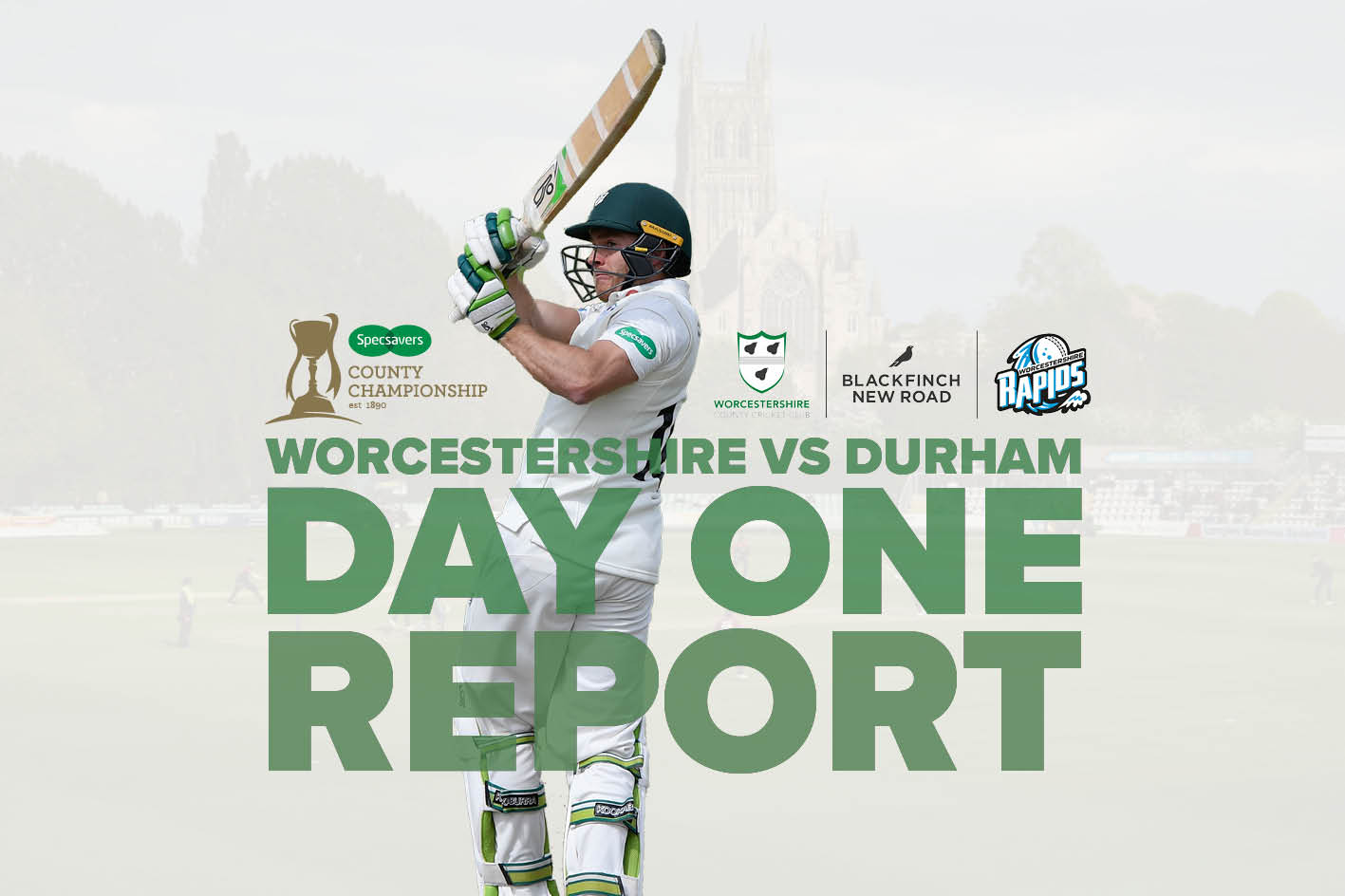 Worcestershire paceman Charlie Morris produced another superb performance on the day club captain Joe Leach made a successful return to action in the Specsavers County Championship match with Durham at Blackfinch New Road.

Morris followed up his career best 7-45 in the opening Championship match away to Leicestershire with figures of 6-53 from 19 overs – including four wickets with the second new ball – as Durham were bowled out for 273 in 92 overs on the opening day.

But equally encouraging was the showing of Leach who returned 3-59 from 19 overs after 11 months out of action with a stress fracture of the back.

He showed no ill effects after his lengthy lay-off, taking two early wickets and returning later in the day to strike again in helping Worcestershire secure the maximum haul of three bowling points.

They were backed up by some sharp catching behind the stumps and in the slip cordon.

It was Leach and Morris who inflicted the early damage after Durham had elected to bat.

Alex Lees (0) dragged a drive aimed at Morris onto his stumps and then Leach had Cameron Steel (5) superbly caught at first slip by Rikki Wessels low to his right and trapped Gareth Harte (1) lbw trying to work the ball to leg.

The pair added 149 in 46 overs and reached their half centuries off 126 and 109 balls respectively.

But the departure of the pair and the loss of three wickets for 14 runs in the space of six overs swung the momentum back the way of Worcestershire who gave a first class debut to Josh Dell.

Bancroft (70) tried to work Josh Tongue on the legside and was lbw after hitting five fours and one six in his 164 ball knock.

In the next over Burnham (76) nicked Morris through to keeper Ben Cox after facing 140 deliveries and striking 12 boundaries.

Then Leach returned to the attack and enjoyed a third success when he bowled Liam Trevaskis (5).

Late order resistance came from Ben Raine (42) and Ned Eckersley (22) who added 60 for the seventh wicket before the second new ball brought its rewards in abundance for Morris.

Raine, Matt Salisbury (8) and Matthew Potts (20) were all pouched by Daryl Mitchell at second slip and Eckersley edged to Cox.

Mitchell went leg before to Chris Rushworth for a second ball duck as Worcestershire closed on 1-1.