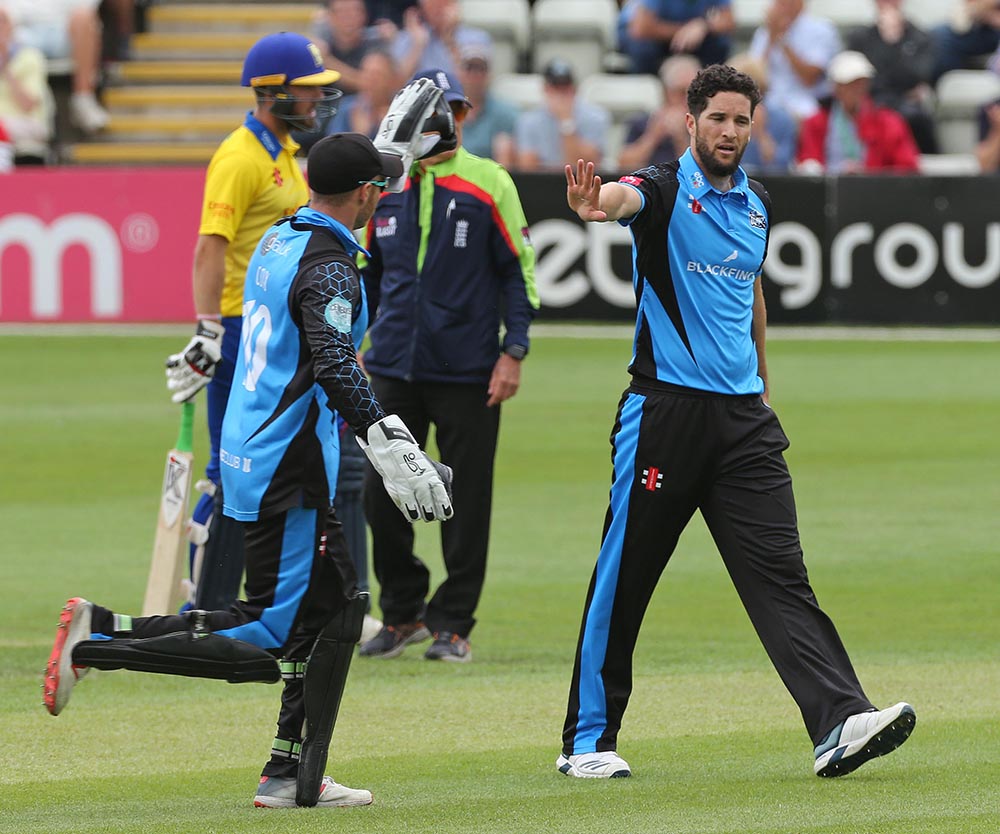 Left armer Parnell, who celebrates his 30th birthday today, chalked up his 200th wicket in T20 cricket – 41 of them for South Africa.

He reached the double hundred mark when he accounted for Durham batsman Liam Trevaskis who was trapped lbw.

Fourteen of Parnell’s T20 victims came last summer when he was second highest wicket-taker for the Rapids behind Pat Brown and helped them to Vitality Blast trophy glory.

Port Elizabeth born Parnell made his T20 baptism back in 2008 for the Warriors in the Standard Bank Pro20 in his South Africa.

Since then he has played T20 cricket around the world including stints in the Indian Premier League for Delhi Daredevils and Pune Warriors.

In addition Parnell has played for Kent, Sussex and Glamorgan in England.

He has also chipped in with useful runs in the short format of the game, a total of 1301 to date with a highest score of 99.

That came for Cape Cobras against the Lions in the Ram Slam T20 Challenge in November 2015 when Parnell was opening the batting.

He will be looking to add to his tally of wickets and runs when the Rapids entertain Derbyshire Falcons at Blackfinch New Road tomorrow evening.

First Team Coach Alex Gidman has announced a 13 strong squad – the players who featured versus Durham plus Tom Fell and Charlie Morris.
—
Rapids (from):