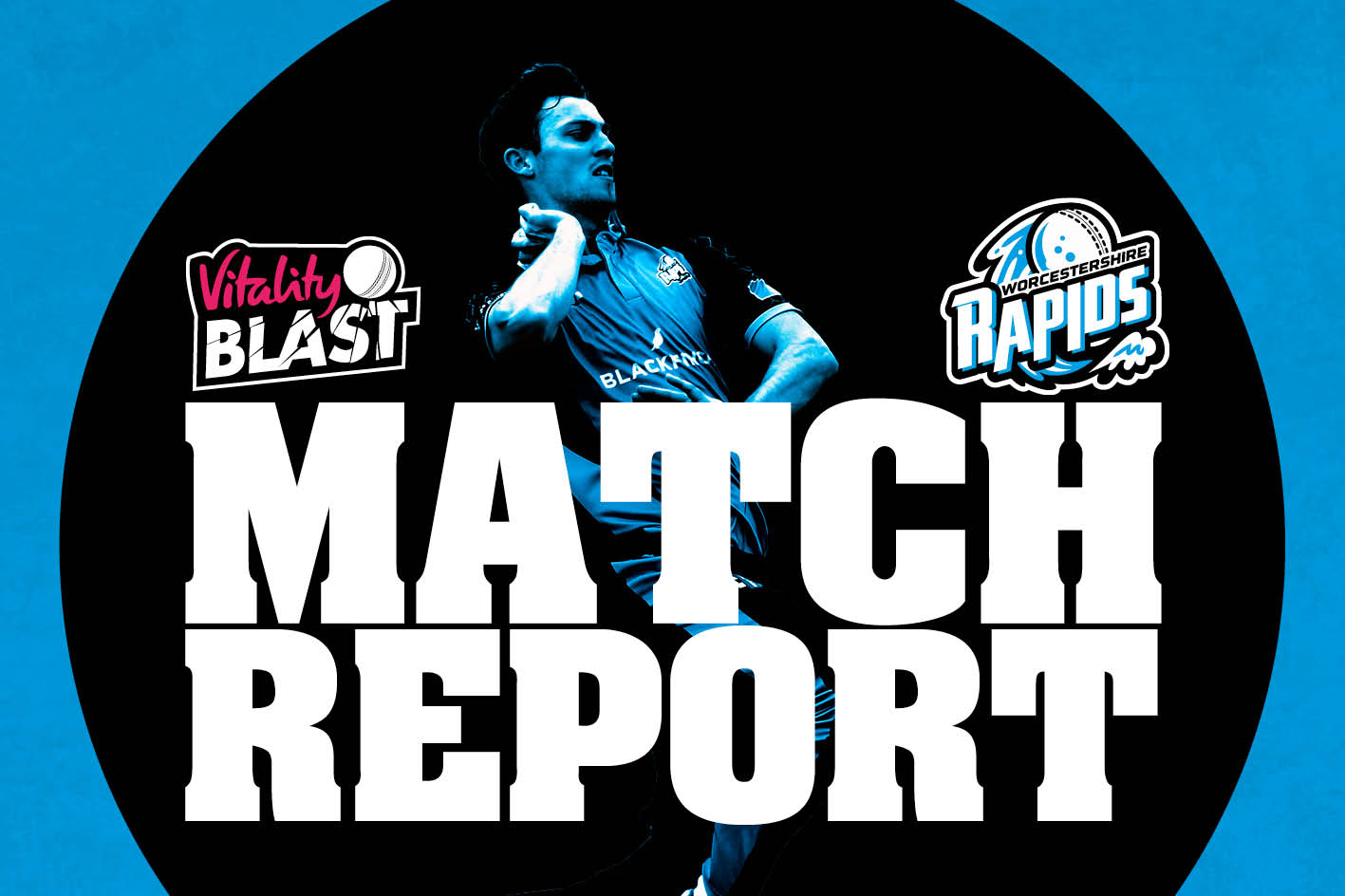 Worcestershire Rapids remain in second spot in the North Group of the Vitality Blast despite going down by 33 runs to Leicestershire Foxes at Blackfinch New Road.

The Rapids bowled out the Foxes for 152 after putting them into bat with Wayne Parnell returning fine figures of 4-25 – his best figures in the competition for his adopted County.

But they were dismissed for 119 in 19.2 overs to suffer only their second reversal of the campaign.

The Blast is now at the half-way stage for the Rapids and they are two points ahead of third placed Notts Outlaws.

The Foxes were put into bat on the wicket that had been used for the previous two Blast matches with Durham and Derbyshire.

Mark Cosgrove (9) lofted the paceman to mid on and Ferguson held onto a one handed effort in full flight.

Pennington then held onto a smart catch of his own, running back from short fine leg and over his shoulder to dispose of Harry Swindells (1) off Parnell.

Aaron Lilley looked in good touch and collected four boundaries from his first six deliveries as the Foxes reached 55-2 at the end of the powerplay.

Lilley (31) holed out to deep mid-wicket off Ed Barnard and Harry Dearden (14) was caught and bowled in Daryl Mitchell’s first over.

Colin Ackermann and Lewis Hill took their time in rebuilding the Foxes innings via a partnership of 49 in seven overs. But Barnard returned to the attack to break the stand when Hill (23) was caught at long on.

The second half of the innings was clinically disposed of by Wayne Parnell and Pat Brown with five wickets falling in the space of 16 balls for 15 balls.

Aadil Ali (18) was bowled by Parnell and then Callum Parkinson (1) and Colin Ackermann (37 off 30 balls) were both caught by George Rhodes in Brown’s next over, the second a fine effort over his shoulder running back from cover.

Parnell wrapped up the innings in clinical fashion in removing Dieter Klein (4) and Will Davis (2).

Worcestershire reached 27-0 in reply but then lost four wickets for 12 runs.

Martin Guptill (15) hit Griffiths for one straight six but in the same over found the hands of deep mid wicket and in the next over Riki Wessels (12) attempted a sweep against Davis and was caught behind.

Parnell (0) – the hero with the bat against Derbyshire in mid-week – miscued high into the air in the same over and presented another comfortable catch to keeper Hill.

It became 39-4 when Callum Ferguson (7) also fell in the mid wicket region off Parkinson.

Ross Whiteley (4) was pouched at deep backward square to give Davis a third scalp.

Cox and Barnard threatened to haul the Rapids back into contention during a steady partnership of 31.

But Cox, after making an accomplished 30, was bowled attempting a paddle sweep against Ackermann and Barnard (17) fell at deep mid wicket off Parkinson before the innings was polished off with four balls remaining.