Ross Returning To Scene Of One Of Most “Satisfying” Hundreds
Saturday, August 18th, 2018 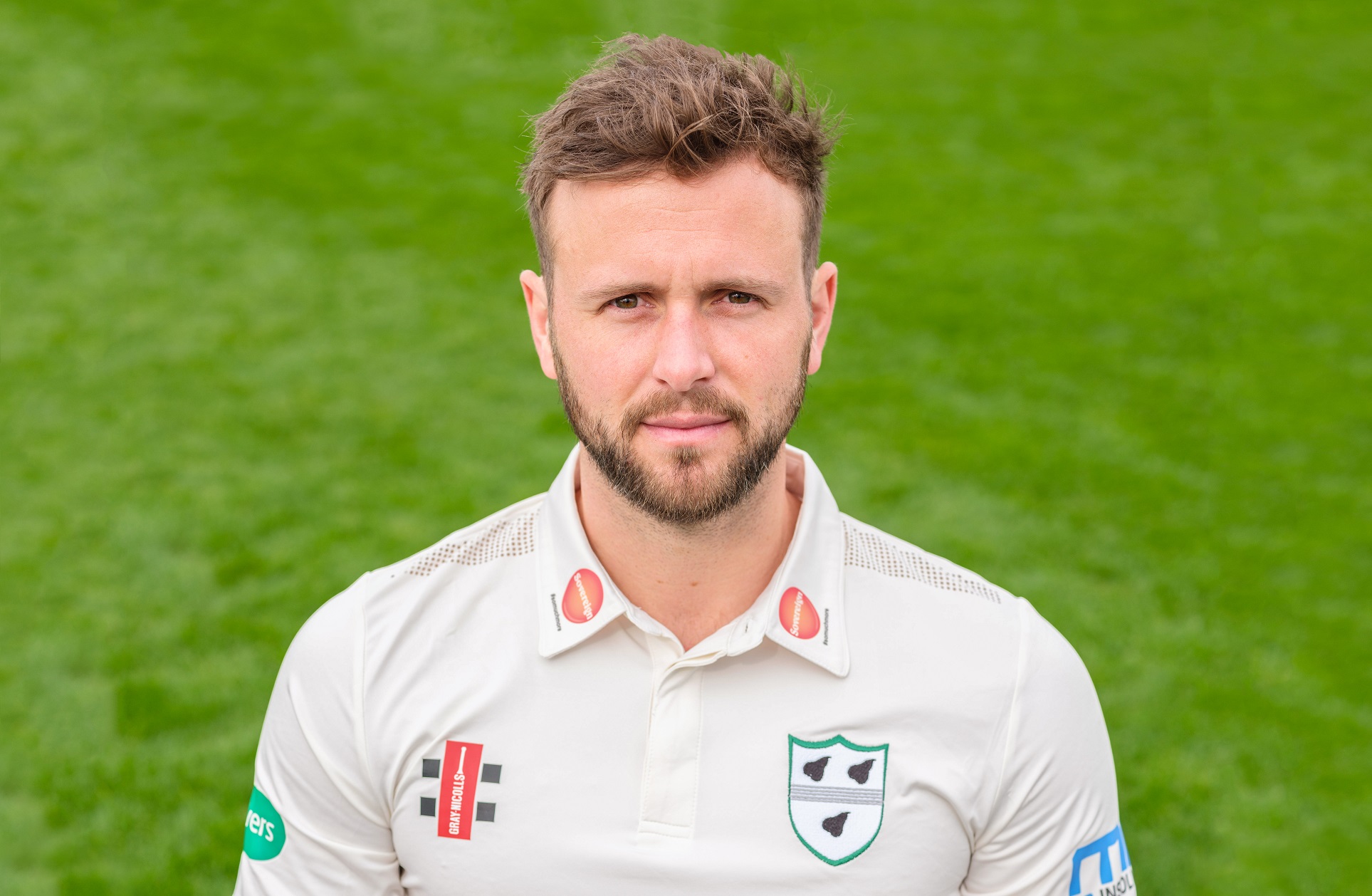 Worcestershire all-rounder Ross Whiteley will return tomorrow (Sunday) to the scene of one of his most “satisfying” centuries.

It was three years ago that Whiteley scored a splendid 101 in the County Championship match with the then champions Yorkshire at Scarborough.

He defied an attack of Ryan Sidebottom, Jack Brooks, Tim Bresnan, Steve Patterson, Liam Plunkett and Adil Rashid in the Division One clash.

Sheffield born Ross looks back at that proud day and his future aspirations in red ball cricket – with the ball as well as the bat – in a Question And Answer session with the Worcestershire CCC website.
—
Question: The next Championship game is at Scarborough this weekend, that must bring back a lot of happy memories for you?

Ross Whiteley: “It was probably one of my most satisfying hundreds and it was one that took a while coming around.

“Good memories up there and always nice to score a few against the Yorkies as well!

“Obviously if I get the opportunity to play up there again, it will be nice to replicate something like that.

“It was a good team we were up against who were the champions but we battled extremely hard.

“We were close to saving the game in the sense we missed out on avoiding the follow on by just one run.

“Hundreds are not something that come easy to me so to score that century against that attack, and at that time when they were doing extremely well, was very satisfying.”
—
Question: You said at the start of this season you wanted to play red ball as well as white ball cricket and you have got into the Championship side?

Ross Whiteley: “It was my biggest goal. I came back from the T20 tournaments and, after having a chat with a couple of the coaches, I very much ‘parked’ the white ball cricket and really wanted to focus on getting back in the four-day team.

“It is a huge part of our domestic season. I did a lot of good work early season and got in some good form and managed to get back in the side.

“I’ve probably not scored the big runs yet. I scored a 70, which was nice, but I feel as though batting where I am, I contribute to changing the game and changing that momentum and almost putting it back on the opposition team.”
—
Question: Have you got a licence to play your normal game?

Ross Whiteley: “Being given a licence comes with the responsibility of playing proper cricket. It’s not just going out and slogging.

“I spoke quite a lot with the coaches about just playing my natural game and that doesn’t mean slogging. That means being positive and putting pressure on the bowlers and almost being feared to bowl at.

“In red ball cricket, bowlers like to settle in and hit a line and length and if you can take that away from them and put them under pressure, it really changes things around.”
—
Question: You said you wanted to get back into bowling and have nipped in with your first wickets in first class cricket for three years?

Ross Whiteley: “I bowl pretty much every day in the warm-ups. In the nets I bowl all the time. It is something myself and Al (Alan Richardson) have been talking about a lot and been doing a lot of work on.

“It is nice to be back contributing. It is a side of my game that I feel I can still improve a lot.

“Even though I’m touching 30 now, I’m very young in bowling years so it’s something that potentially that can improve at the back end of my career.”
—
Question: It’s not like you’ve got loads of miles on your body bowling clock?

Ross Whiteley: “It’s a young bowling body but one with an old head on now which stands for quite a lot. Hopefully that can help me out.”
—
Question: There are still six games to go in the Championship. It is still wide open in terms of staying up?

Ross Whiteley: “It is. It is the business end of the season now and it’s a pretty tough period off the back of the T20s which have been quite hard work and gearing your body up for the four-day stuff again is quite challenging.

“I think we’ve got a few of our cavalry with the bowlers ready and firing to go now, all pretty much over their injuries.

“We’ve probably been the opposite at this stage of the season where guys have been tired and we’ve been struggling with a few niggles here and there.

“But hopefully the guys are ready to come back fit and firing towards that back end.

“We’ve got Tonguey (Josh Tongue) and Mozza (Charlie Morris) coming back and Wayne Parnell is available which will be nice before we get Ash (Ravichandran Ashwin) back.”