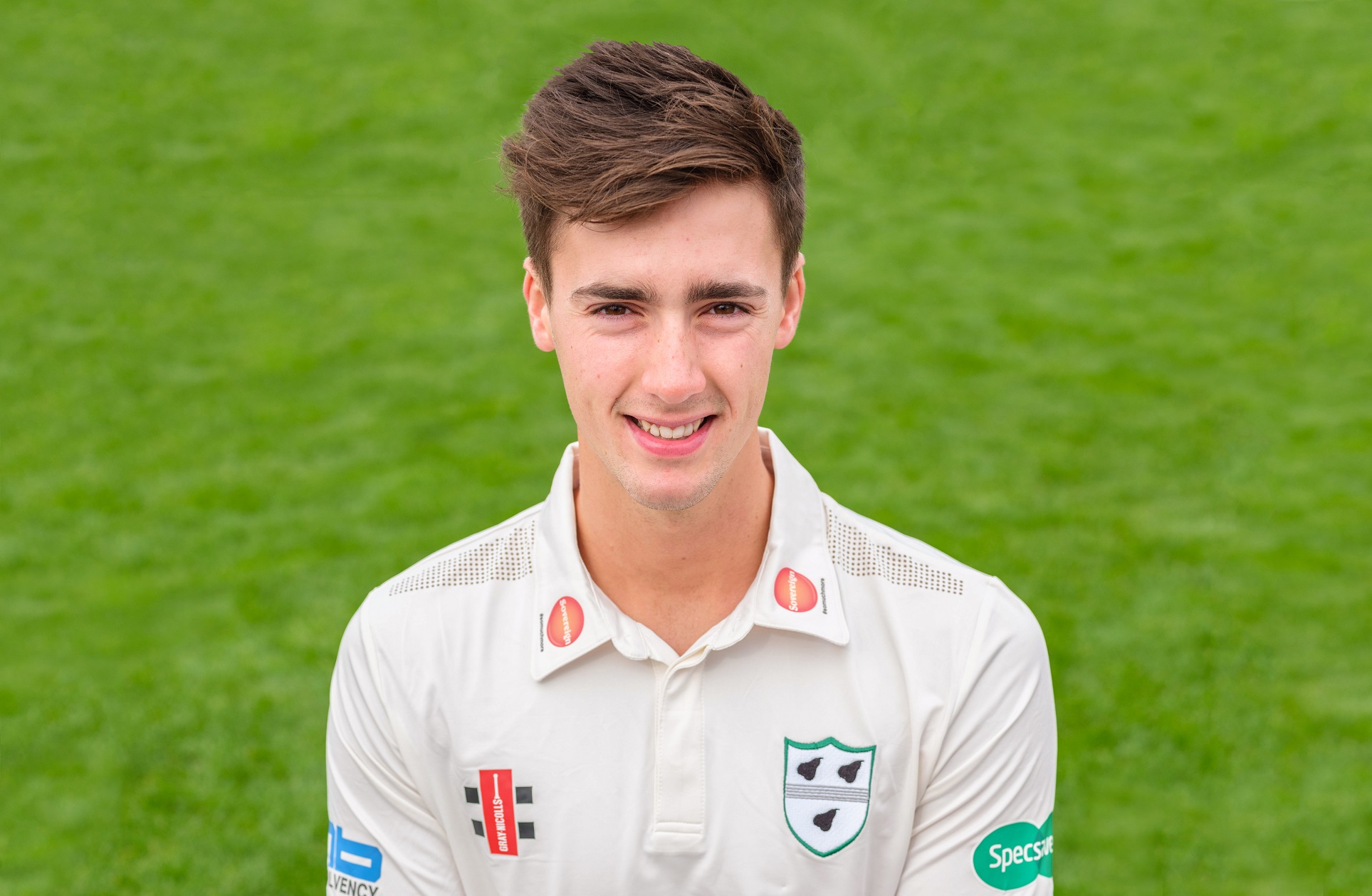 Worcestershire CCC’s promising paceman George Scrimshaw is making encouraging progress after a lower back injury and is being earmarked for a return to second team cricket in June.

Scrimshaw, who was part of the ECB Pace Programme this winter, is undergoing strength and conditioning work and has been able to undergo running and early bowling drills pain free.

If all goes to plan the 20-year-old will then look to build up his bowling workload during the next month with a view to then making a return to action.

Burton-born Scrimshaw was called up by England Under-19s in 2016 only to have to withdraw with a toe injury but was part of the Young Lions training camp in the UAE that winter.

He signed a new three year contract last May and made his first team breakthrough by playing in four T20 Blast games against Northamptonshire, Durham, Nottinghamshire and Derby.

Worcestershire Head Of Science and Medicine, Ben Davies, said: “George has settled down really nicely following a bit of an aggravation of his lower back.

“He has been doing a lot of work with Ross Dewar (Strength and Conditioning Coach) in the gym, just getting all his movements and back to basics right and then building up some strength foundation from there.

“He has been back to running this week pain free and actually did some walking bowling drills this week, again pain free.

“Over the next four or five weeks we will be looking to build up his bowling and running workload and just getting him up to scratch so he can bowl in games again.

“Hopefully we will be looking for him to play some second team cricket in June and just build him up through that and get him available for first team cricket really.

“He went away with the Pace Programme and when he came back to us and got into full intensity bowling in Abu Dhabi he just had a bit of pain in his lower back, but it has settled quite quickly so we can get him going again.”

Left armer Jack Shantry has undergone a couple of scans and seen a specialist after feeling soreness in his lower back during the pre-season one-day warm-up game with Somerset at Taunton.

The 30-year-old has been unable to play any competitive cricket so far during the current campaign but it is hoped a series of injections will settle down the problem.

Davies said: “Shants had some soreness in his lower back after bowling down at Taunton in pre-season.

“He has had a couple of scans so we could get plenty of detail and he’s been to see a specialist and is going to have some injections in his lower back to see if that settles his pain down and then hopefully we can build him up.

“Jack has been managing his back for the last few years. All seamers manage some extent of lower back stiffness and soreness during their career.

“But it came to a point at Taunton where it was too sore for him to bowl.”

Davies is hopeful paceman Steve Magoffin will be able to return to action in next week’s Specsavers County Championship clash with Surrey at the Kia Oval.

Magoffin played in the opening two Championship games with Hampshire and Somerset but suffered some pain in his left hamstring when bowling in the first innings at Taunton.

He was left out of the Championship match with Nottinghamshire which ended yesterday as a precautionary measure.

Davies said: “Mags (Magoffin) just had a bit of stiffness through his hamstring and his lower back at Taunton last week after the first innings.

“We did some work on him and we got him recovered properly and he managed to get through 16 overs in the second innings so we know it is not anything too serious.

“But we just wanted to give it every chance to settle so (not playing versus Nottinghamshire) was more of a precaution and we just want to get as much cricket out of him as we can this year.

“We are hoping he is going to be fit for selection for The Oval next Friday.

“He’s had a lengthy time off from bowling because of last summer’s injury and we couldn’t get outside a lot pre-season over here because of the rain.

“He went into the Hampshire game fairly cold but managed to get through a good lot of overs and again against Somerset.”