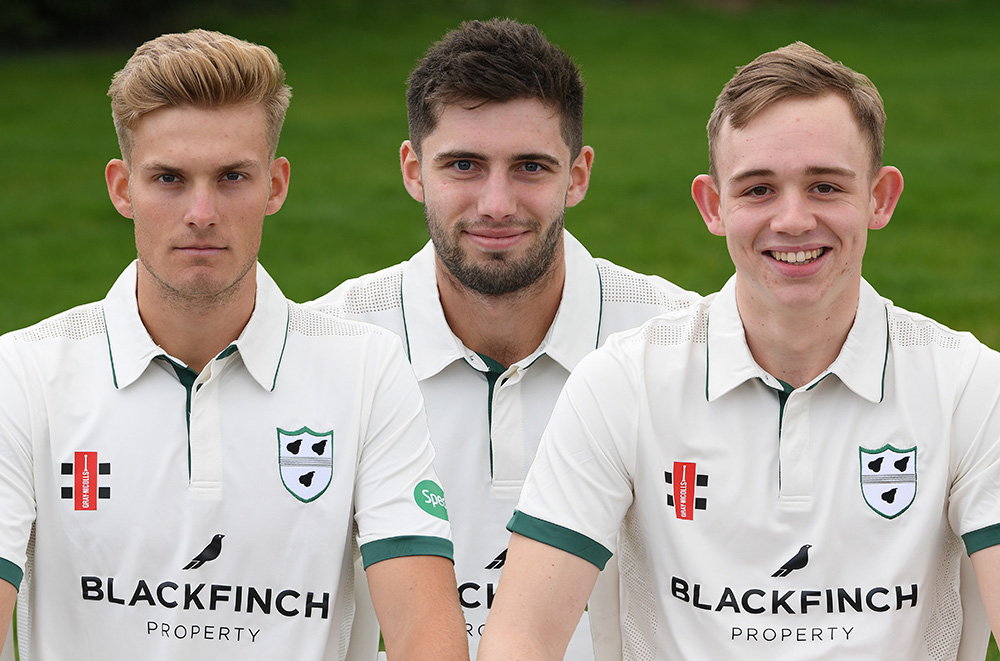 Paceman Adam Finch plus England Under-19 batsman Jack Haynes have put pen to paper until the end of the 2022 season.

In addition, batsman Josh Dell has committed his future with the County until the conclusion of the 2021 campaign.

Haynes is currently part of the England Under-19 squad playing in the Tri-Series against India and Bangladesh while, Finch and Dell have previously played at that level.

Dell made his first team debut this season against Durham, scoring 61 in the Specsavers County Championship match, and Finch has also shown promise after making his senior breakthrough.

Haynes has yet to make his senior Championship debut but has made several impressive scores for the Seconds, including 180 not out versus Yorkshire in the 50 over competition.

Worcestershire Cricket Steering Group Chairman, Paul Pridgeon said: “If you are going to sign players on long term contracts, you want to sign your younger players and we are showing our faith in them.

“We are giving them the opportunity to show they are going to be good enough over a period of time.

“We are hoping they will become first team regulars in the not too distance future and that is why we have shown the faith in them with long term contracts. They now have the opportunity to go forward and establish themselves.”

Pridgeon added: “Adam has made big strides recently and we see him being the future and we have rewarded him with a longer term contract.

“Josh has got a lot of promise and he will have opportunities to bounce back. He’s done well. He got a very good 60 in his first Championship game and a very good 100 for the Seconds against Lancashire.

“Of all the young batters, Jack has looked as if he has got the most about him. We are really happy with him.

“We feel given a little bit of time to bed in and learn his trade that he has all the attributes to go forward as well. We are really confident in him.

“They’re all on the England radar, coming through England Under-19 level and I’m sure they will want to stay on that radar at Lions level. They have all got a massive amount of potential.”