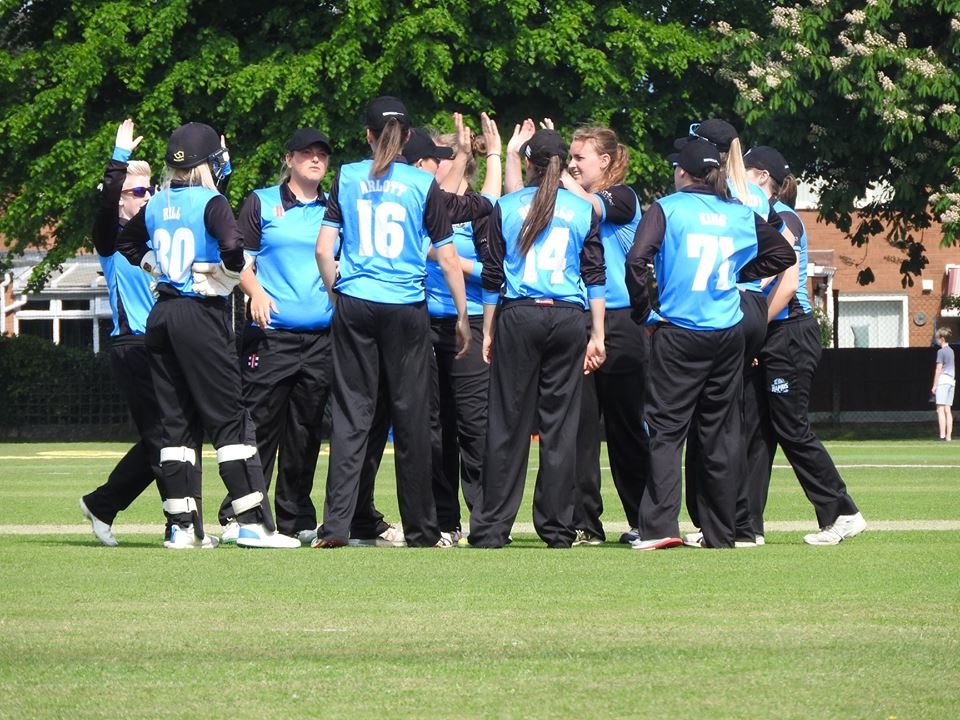 Worcestershire Women’s Rapids return to action at Kidderminster this Sunday with Vitality Women’s T20 Cup fixtures against Yorkshire and Kent.

This Sunday the Rapids will take on Kent at 10.30 am and then Yorkshire at 4.30 pm, with Yorkshire and Kent meeting in between at 1.30 pm.

For the Rapids, the fixtures represent a chance to pull away from the lower end of the table and potentially take a big stride towards securing Division One cricket again next season.

Bottom of the table Yorkshire are without a win from their opening four fixtures whilst Kent are sitting in mid-table after two wins and two defeats.

But Rapids seam bowler Jess Humby says the team are concentrating on their own game.

He said: “We will look to come out stronger this weekend against Kent and Yorkshire. We’re not bothered where they are in the table, we just want to concentrate on what we need to do from our own point of view to win these games of cricket.”

Reflecting on last Sunday’s games, Humby felt there were positive signs, despite the two defeats.

She said: “Obviously it wasn’t a great feeling to be on the losing side twice in one day but after the first game, where Middlesex chased down our score down with overs to spare, only losing two wickets, we came back stronger with the ball against Lancashire.

“It’s frustrating to have come so close to winning that match and not quite get over the line again, much like the previous weekend against the Bears.

“We’re always talking after each game about what we can improve on. Our first few games have had us working on bowling tighter lines, backing up our bowlers in the field and running hard when we’re not hitting boundaries. Small improvements in those areas can make a difference.

Humby, who came up through the Worcestershire Girls’ pathway and has become an integral part of the bowling attack in recent seasons, feels that the Rapids have adapted quickly to the higher level.

She said: “I think the standard has been a bit mixed compared to what I was personally expecting. There are some slightly better players than others that we have come across in the past but overall so far I think we’ve competed well, certainly in three of the four matches.”

Admission at Kidderminster on Sunday is FREE.