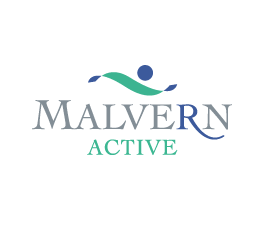 Worcestershire Cricket Board Limited have extended their partnership with Malvern Active via a new three year sponsorship deal.

It will encompass all of the WCBL girls and women’s cricket teams – from the Under-11s right through to the Rapids who are in Division One of the ECB T20 League and Division Three of the 50 over competition.

Malvern Active first linked up with WCBL last year in an initial 12 month deal in what was a landmark year for women’s cricket with the UK staging the 2017 Women’s World Cup.

The two parties have been delighted with the partnership and Malvern Active were only too happy to commit to a new tie-up through until 2020 which sees them as a lead sponsor.

Their brand will be seen on the Rapids shirts in what is another exciting year for women’s cricket in the region.

It will culminate in the Rapids playing two T20 matches at Blackfinch New Road against Nottinghamshire (July 29) and Warwickshire (August 12) in double headers with the men’s team in the Vitality Blast.

WCBL Cricket Development Director, Tom Hill, hopes the partnership will also help to “raise awareness of women and sport” and “changing the perception of women’s sport.”

He said: “We are thrilled to have the support of a local business that shares our values and drive for growing women’s sport.

“Malvern Active sponsored us last year for one year and now they have extended their partnership to go across all of the girls teams from under-11s right through to the women’s senior team.

“They were delighted with how the tie-up went last year – and so were we.

“Our women’s Rapids team will be playing two games here this summer against Nottinghamshire and Warwickshire on Vitality Blast days.

“The sponsorship deal helps us to raise awareness more than anything of women and sport.

“We’ve got a really exciting summer coming up with women’s softball cricket, our first festival on May 20 at Old Elizabethans CC, and we’ve had 95 women sign up to it.

“It is really important that cricket isn’t viewed as an elitist or a male game.

“It is a game for everyone and we are seeing that now with the success of the softball festivals, with All Stars Cricket of which 25 per cent signed up with us this year are female.

“We are delighted to have the partnership and for us it is very much around how we work in tandem to make cricket the ‘new rounders.’

“Rounders isn’t on the school curriculum anymore and cricket is going to be taking its place and it’s about really embedding that amongst the schools as the new sport for girls.”

Rob Young, Operations Manager at Malvern Active, says: “It’s been a brilliant 12 months for women and girls cricket and it’s fantastic to see the positive effects this has had on participation levels across the UK.

“As a sporting facility, we’re always looking to provide opportunities to grow and encourage participation in sport at every level.
“As such, we’re delighted to be supporting the Worcestershire Women’s Rapids team for the next three years, both as shirt sponsor and providing training facilities.”