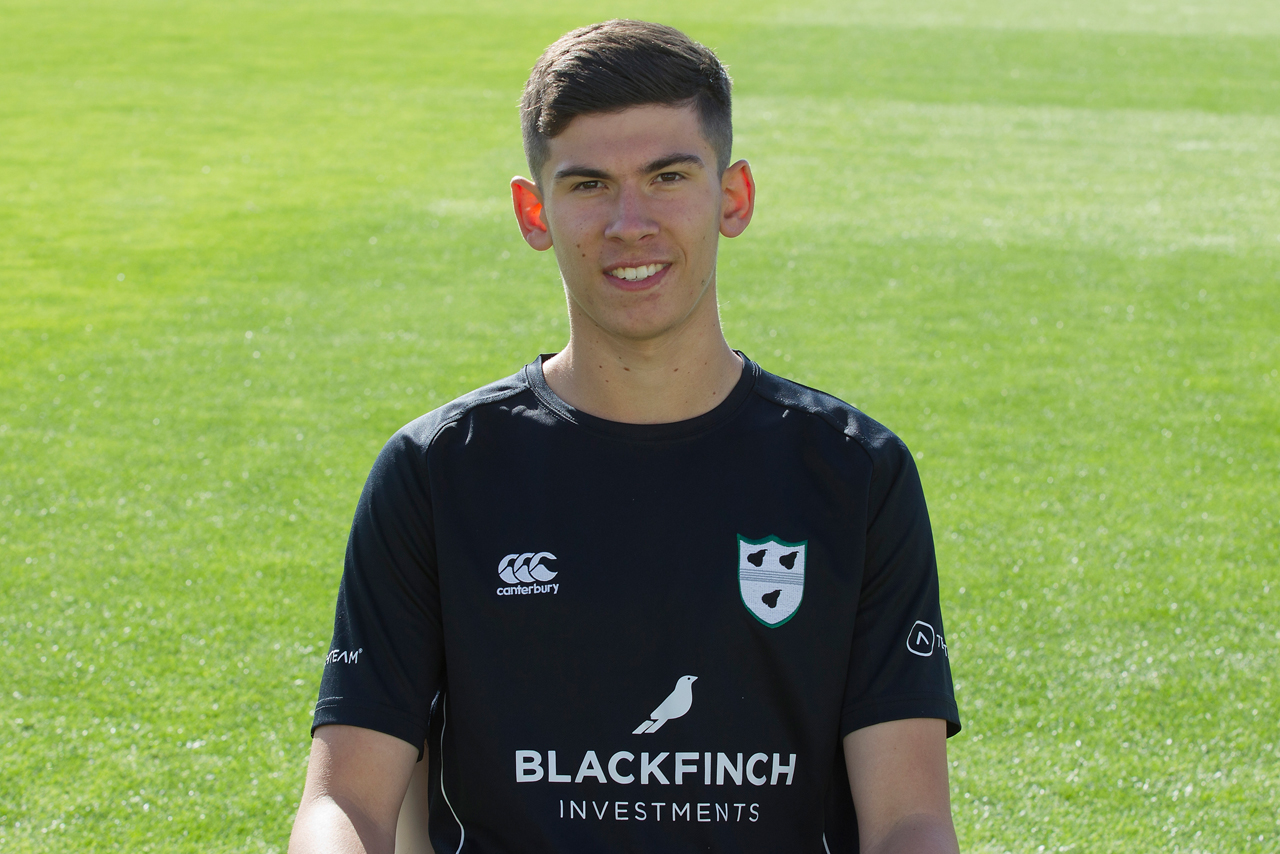 Pat Brown admits it was the best day of his life being part of the Worcestershire side which clinched promotion back to Division One of the Specsavers County Championship – but he is aiming “to build on last year’s breakthroughs” in 2018.

Paceman Brown had set out last season striving to nail down a regular spot in the Second Eleven – and he ended up playing six T20 Blast matches and four of the last five Championship games.

The Academy product – who is on a Scholarship at the University Of Worcester – showed raw aggression which at times unsettled batsman.

But Brown also recognised that attributes such as control with the ball – “a real eye opener” – are just as important as being a strike bowler.

He has been working on that aspect of his game this winter plus making improvements to his action to help him swing the ball away from batsmen with new Head Bowling Coach Alan Richardson.

Brown also signed his first professional contract with the County – to come into force when he completes his University studies – and was part of the pre-season camp in Abu Dhabi for the second year running.

“My end goal was to play in the first team but immediate goals were to establish a place in the second team and be one of the best bowlers in that.

“To get the call up and do okay enough to keep getting picked was really nice and surprising. To be part of the team when we got promoted was amazing, the best day of my life.

“Abu Dhabi last year (2017) really helped me for that because we did some short ball bowling, where you run in and try and bowl bouncers, as part of the batsman’s drill.

“I bowled fairly quick and was challenging and, from there, they realised that could be a role I could fulfil if required.”

Brown added: “Was last year a great learning experience? Although my job wasn’t to contain, it was a real eye opener just how hard that part of the game is. I gained so much respect for people like Leachy (Joe Leach), Barny (Ed Barnard|) and Tonguey (Josh Tongue).

“Leachy and Barny, the control they have is amazing, and to be honest I wasn’t at that level to be able to contain.

“It is something I’ve been working on this winter, to try and bring my pitch map in a bit and be able to do both roles in the first team and not just be a strike bowler.

“I like doing that but I see myself as more than someone who just bowls bouncers.

“I don’t want to have to wait until August when the pitches are flat and then come and bowl bouncers. I want to be in the team all of the time.

“The way to do it is show Leachy and the people above that I can challenge both edges (of the bat) and bowl decent pace and still have that in my locker as well (bowling bouncers).

“I’ve made improvements with my action as well. The challenge will be holding onto that into the season as we get into the grind where your body gets tired and you slip into old ways.

“But Richo, the new bowling coach, has been really good. We’ve spoke a lot and worked a lot on things, to see what works, and touchwood, we have found a couple of key things which really have helped me.

“Is that to make me bowl quicker? Quicker and to have more control, be more upright so I can swing it away as well.

“I’ve just got a couple of key points that I can keep in my head all the time of how I’m going to be in the best position I can be at the crease.”

Brown also enjoyed the challenges of T20 Blast cricket last summer after making his debut against Nottinghamshire – the eventual winners.

He said: “That was a baptism of fire. First game against Hales and Wessels at Trent Bridge! But if you start there, it’s not going to get any harder than that.

“I loved it and playing in the derby at Edgbaston as well. I didn’t think I bowled as well as I could at T20 and now I can look back and know I’ve got more in me.

“Hopefully I can again work my way into that, do well in the Seconds or in training and get into that team and hopefully stay there.”

Brown has also been working on harnessing his natural aggression as a bowler with maintaining control of his emotions.

He said: “That is something I got a lot better at last year. I felt 95% of the time I was in full control of what I was doing and saying which wasn’t the case before last year.

“There is still a way to go with that in terms of my temperament but I am definitely getting better and I don’t want to lose it altogether because it brings out the best in myself when it is controlled.”

Brown is delighted to have earned his first professional contract at Blackfinch New Road.

He said: “It is really nice to have that straight out of University as well. It is a weight off the shoulders but I want to build on last year’s breakthroughs.

“With Steve Magoffin coming here, my role would probably be a little bit different in terms of how I see myself getting into the first team, maybe more white ball cricket.

“Hopefully I do well in the second team and force my way in but if it’s the same as last year and I play white ball and then come in as a fifth seamer, an X Factor, I’d obviously love to do that again.

“I will see how it goes. I’ll try and have a good season in the Seconds or Firsts, wherever I start, and just focus on doing things I do well.”

Brown is aware of the conveyor belt of young fast bowling talent at Blackfinch New Road but will thrive on the challenge.

He said: “It’s good competition. It’s good for the club. You’ve just got to keep focusing on yourself and have faith in what you are doing is going to be enough.

“There is no point in me worrying about what other people are doing. I can’t make myself six feet, seven inches tall or overnight make the ball swing away and get bounce.

“If I focus and concentrate on what makes me good and how I am going to get myself into the first team, that’s all I can do.”