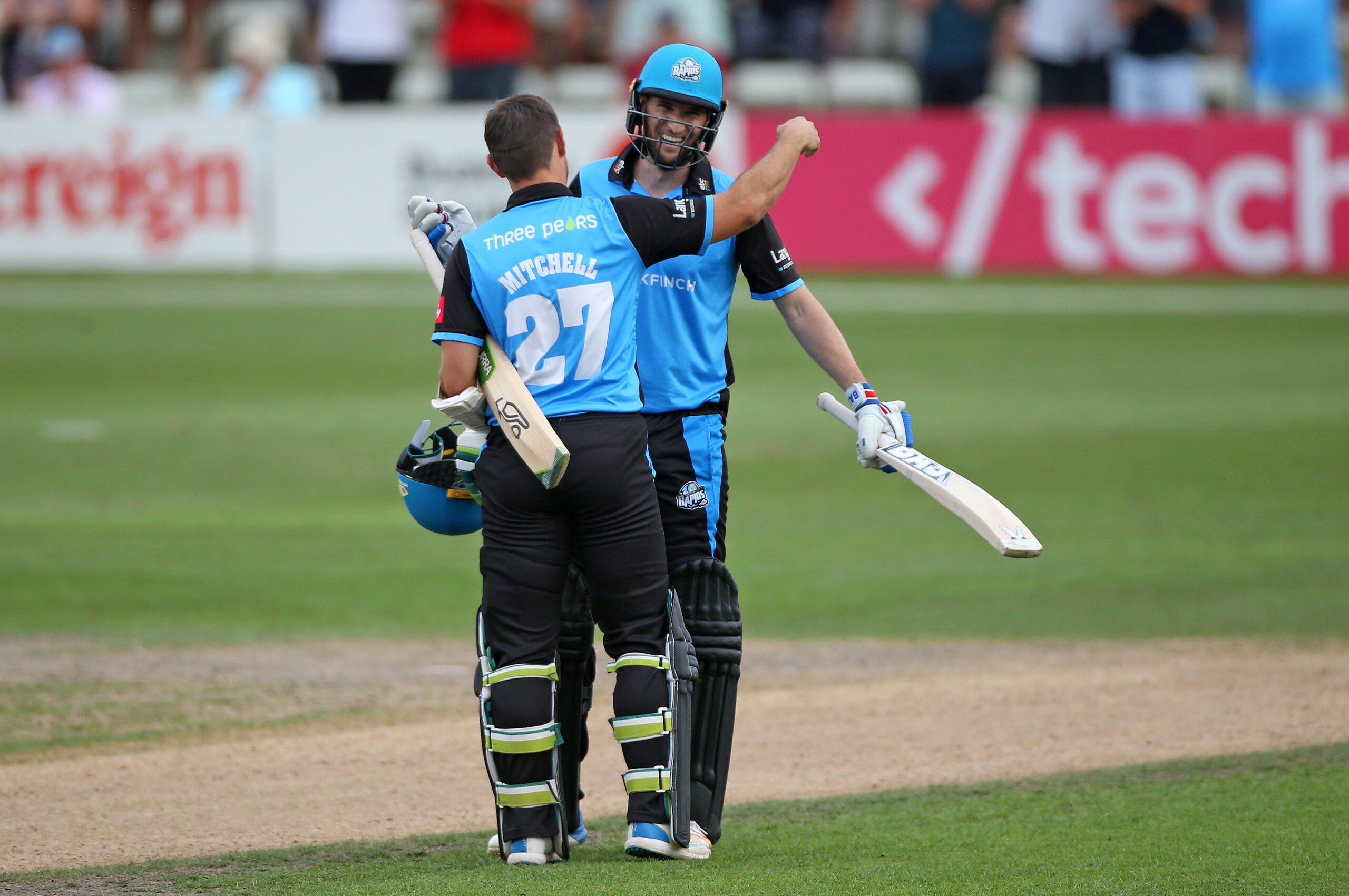 Wayne Parnell is focusing on achieving a double target for Worcestershire ahead of personal goals during his seven week spell at Blackfinch New Road.

The South African all-rounder still has international ambitions – with the 2019 World Cup just around the corner.

However, Parnell is focusing on the present and his sights on helping the Rapids into the knockout stages of the Vitality Blast ahead of Thursday’s home clash with Derbyshire Falcons (4.30pm start).

But of equal importance to the 29-year-old is playing his part in helpjng the County cling onto their Division One status in the Specsavers County Championship.

Parnell has already made a quickfire impact in his two Blast appearances, taking 2-22 and hitting 10 off three balls in the final over to seal a dramatic win over Durham Jets and then returning 3-20 in the away success over Notts Outlaws.

He is with Worcestershire for the remainder of the group stages in the Blast – plus any potential knockout stages – and their next four Championship matches before Indian spinner Ravichandran Ashwin returns for the climax of the campaign.

Parnell said: “Personal goals are obviously there. International cricket is still there. Is the 2019 World Cup in the back of my mind? I would be naïve to say that it’s not – but that’s next year.

“My focus is here with this club and trying to get them into the T20 quarter-finals and finals day and then with the (County) Championship.

“It’s a massive incentive to keep them in Division One. I’m here for four matches and hopefully I can help to set it up nicely for when Ashwin comes in!

“Over the last couple of seasons, it (red ball cricket) is something I’ve really focused on a lot. I was at Kent last summer and player a couple of four-day games and did decently for them.

“Personally, I want to do well – but I just want to try and really contribute on and off the field to this club.”

Parnell has been impressed by the attitude and approach of the County’s promising crop of young bowlers including Josh Tongue, Pat Brown and Dillon Pennington.

He said: “I’ve been really impressed by the attitude of the younger guys over the last few days.

“It seems they are very keen to learn which is a massive positive and a big plus.

“There are a lot of young guys and hopefully I can pass on some of my knowledge from playing in various leagues around the world and also playing international cricket.

“I’m not going to tell them what to do. It’s just about seeing how they operate and giving advice here and there.”