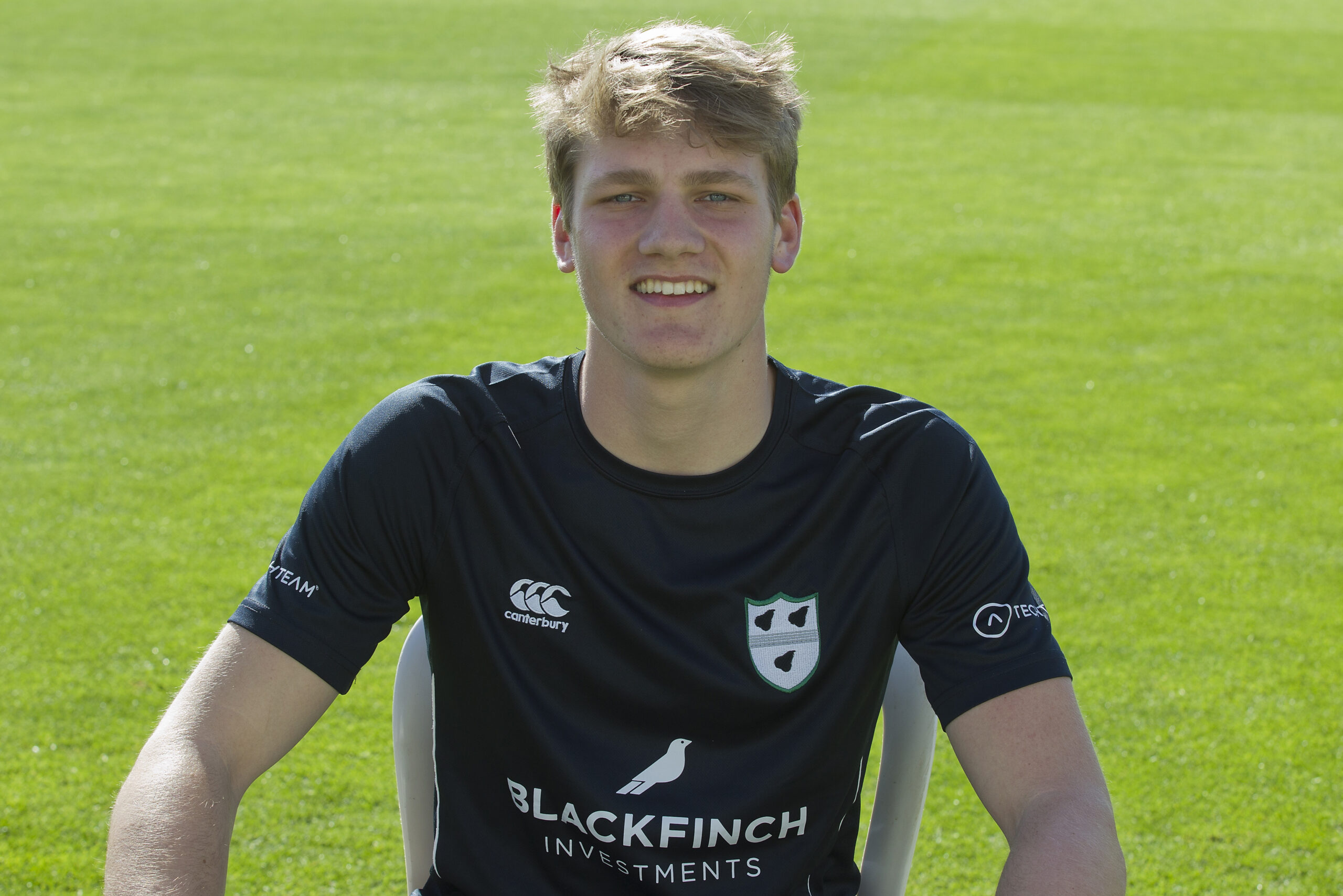 Worcestershire CCC paceman Dillon Pennington has highlighted the help he received from Ben Davies and Ross Dewar in being able to realise his ICC Under-19 World Cup dream after fearing injury had blown his chances.

Pennington suffered a dislocated shoulder when batting in an Academy game towards the end of last summer which he felt had “stuffed” his hopes of being part of the squad for the tournament in New Zealand.

But Davies, the County’s Head Of Sports Science and Medicine and Dewar, Strengthening And Conditioning Coach, got to work with the result that Pennington was able to return in time to be selected for a Tri-Series in South Africa – and the World Cup.

It was not the first time that Pennington was grateful for their efforts after conquering a double hip problem which had side-lined him for five months during 2016.

But all the sterling work paid off with Pennington impressing with the new ball in England’s run to the quarter-finals earlier this year – and then he returned to Blackfinch New Road to sign a two year contract which comes into effect next October.

He said: “Last summer I dislocated my shoulder batting in an academy game, a back foot punch, and my shoulder popped out.

“I bowled that day, I couldn’t feel it, but the next day I couldn’t feel my shoulder. I thought I had stuffed my England Under-19 chances because it was right at the back end of the season.

“There were two games left when I got back. I thought I had blown my chances but Ben Davies gave me the right stuff to do and got me fit as quick as possible.

“He and Ross did the same for my hip and a few little back problems I had when I was younger.

“Ben, with the injuries when I couldn’t really do much, gave me massive support and he keeps you on a high even when you have got a couple of months out.

“Ross is the same, he has helped me a lot with S and C. I haven’t got injured this winter so his work helped me a lot stronger and fitter and ready for the season. I owe a lot to both of them.

“You take heart from the way people like Josh (Tongue) and Scrimy (George Scrimshaw) came back from long term problems. Hopefully the injuries have stopped now.”

Pennington demonstrated his potential in the Under-19 World Cup after finding out he had been selected – along with fellow Worcestershire Academy product Adam Finch – while in action in the Tri-Series in South Africa.

He said: “The World Cup was by far the best experience I’ve had so far. Moving from South Africa, I was a little bit lucky and a little bit surprised to get on that plane to New Zealand.

“But the gamble they took to take me as paid off and everything worked out from there. There were some injuries to other players which gave me that opportunity.

“You’ve got to have some luck in your career and there were a few injuries just prior to the squad being selected which allowed me to get the call and luckily I took my chance.

“I was extremely happy with how I performed – but I performed the way I did because of other people around.

“Ethan (Bamber) – the other opening bowler in the first few games – built dots and that helps build pressure and we had a good partnership together.

“Then in the last game Finchy (Adam Finch) opened with me and that was nice for me and him.

“For someone who started playing when he was 12 or so, he is an unbelievable cricketer and is going to go a long way.

“Like I said, it was nice to be able to bowl with him in the last game and watch him bowl quick and rush a few people.”

Pennington was given simple instructions when taking the new ball in New Zealand.

He said: “The Head coach Jon Lewis and Neil Killeen (bowling coach) both spent a lot of time with me talking and the words they gave me were bowl quick and pick up early wickets.

“It allowed me not to have so much pressure on me if I was to get hit for four. They were really helpful towards me throughout the winter really.

“Neil was very simple in his words towards me which is what I like – as is the case with all the coaches at Worcestershire.”

“Have I become a more mature and better bowler? Definitely, playing against the best players of your age in the world makes you feel a lot more confident in yourself but also makes you aware that you can’t bowl bad balls.

“It’s helped me in terms of white ball cricket. Hopefully I can bring that into my second eleven cricket this year if I get the chance.”

Pennington added: “Was there added pressure with the games on TV? Hugely added pressure definitely in the first game against Namibia. I didn’t bowl as well as I wanted, I bowled a bit short, and I worried too much about the external things like TV.

“But after the first game it was like a normal game of cricket and I just stuck to what I can bowl like.

“Was I aware all the family were watching on TV? I was thankful mum and dad came out but it was funny going back to the hotel and having all the messages from family and friends.

“There were friends I hadn’t spoke to in years saying ‘I’ve just seen you on TV’. It is a very surreal sort of feeling.”

Pennington picked up three wickets in the quarter-final against Australia who were bowled out for 125 but then England collapsed after reaching 47-0 and bowed out of the tournament.

He said: “It was a day of mixed emotions. We turned up to the ground very nervous, we bowled them out and everyone was on a massive high.

“It was probably too big a high and we got a bit complacent.

“We were steaming along at the start of our innings and I think at that point we were thinking it is done and dusted.

“My grandparents and friends went to bed back in England thinking ‘we’ve won, I’m going to get some sleep now’ and people thought it was there on a plate.”