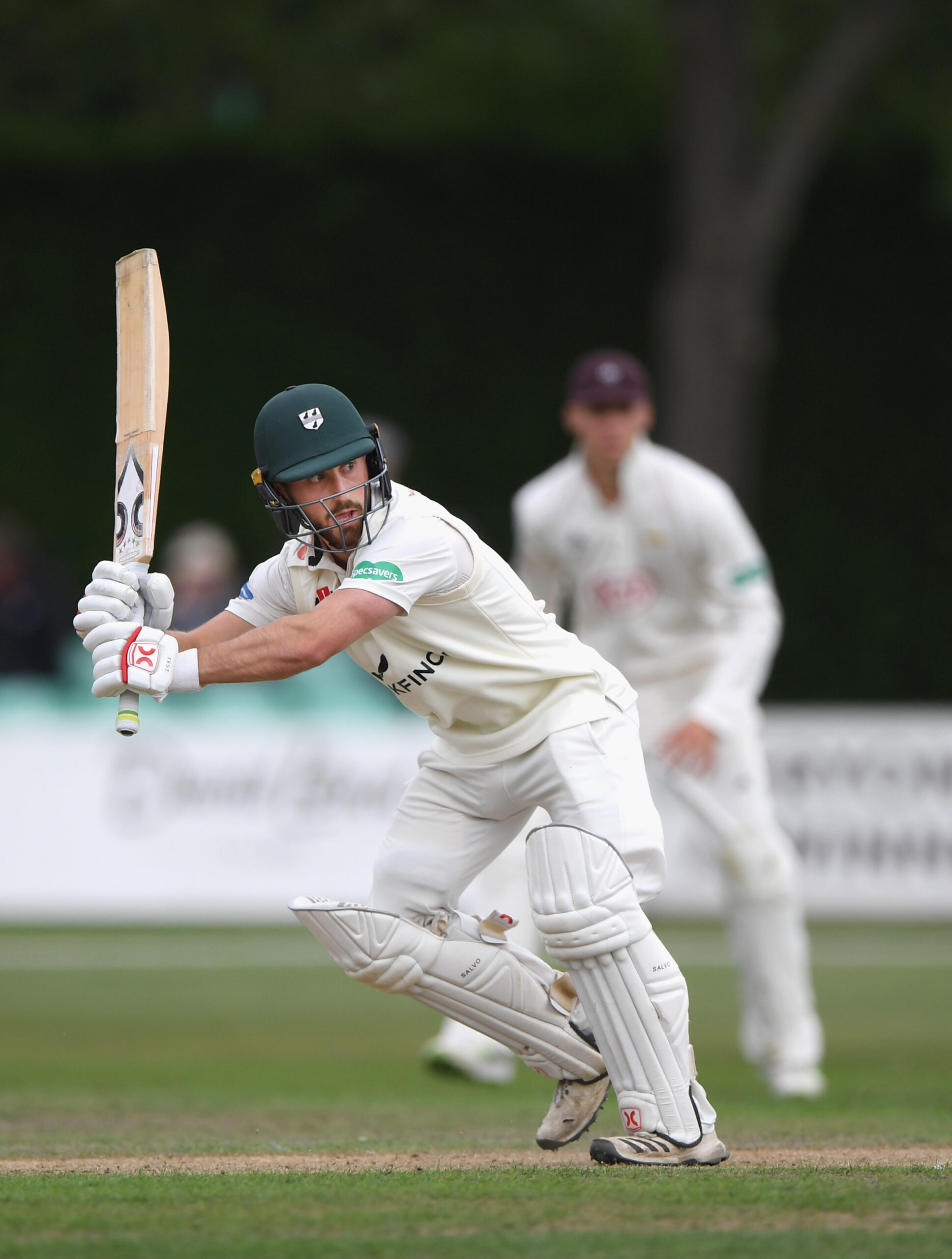 Alex Milton created history last summer in becoming only the second Englishman to score a century on his Specsavers County Championship debut for Worcestershire against Somerset at Blackfinch New Road.

The wicket-keeper batsman went onto play in seven Championship matches – two of them behind the stumps – and was included in the squad for Vitality Blast finals day.

He spent the first half of the winter playing grade cricket for Claremont CC in Cape Town and is now back going through his paces with the County players at Malvern College – a venue close to his heart from his days as a pupil.

Alex Milton: “It was a great experience. I’ve been out there twice before, once when at Malvern College and once on my own when I had just left school and now for my third time – and I’d probably say this has been the best experience I’ve had out there.

“I got the chance to play at my old club (Claremont) that I went to when I first went out there. They’ve got great facilities there, I knew what I was getting, I knew the standard, and I also did the Gary Kirsten Academy which was a great experience and helped me a lot.

“It gave me more structure for the week. I knew what I was doing throughout the week and then I was also playing my club cricket on the Saturdays.”
—
Question: How does the standard of the cricket compare to league cricket in England?

Alex Milton: “I would say it is probably Birmingham League Division One standard. You always get overseas players so that raises the bar.

“Max Waller from Somerset was out there. With our club, there was Harry Came from Hampshire.

“I felt like I played quite well out there. I had a good start to the season. I scored a hundred and a fifty, both not out.

“I had a little dip in the middle and then finished off quite strong so I was quite happy.

“My dad (Ian) came out in December and it was nice to have the family out there. It was a great experience.”
—
Question: Did you feel it was important for yourself to carry on playing after finishing the season at Worcestershire?

Alex Milton: “Exactly. Even though I was only going out to South Africa for three months, I wanted to do it as soon as I finished playing here.

“I felt that momentum you build from playing a whole season here…I don’t feel there is any point waiting three months and then going out to play again.

“I felt I did it the right way and it meant I could come back now when there is a high intensity of training when working our way up to the pre-season.

“I feel I’ve really benefitted from coming back, doing my stuff with Deswsy (Ross Dewar, Strengthening and Conditioning Coach) and then all the work we are doing in the nets at the moment.”
—
Question: You mentioned the Gary Kirsten Academy, how beneficial was that to you and what was a typical day there?

Alex Milton: “I did the work on a one to one basis with Gary. One thing he would never do was use a ‘flinger’ or a bowling machine. He’d always throw with his arm which was quite amazing really.

“He chucked a lot of balls at me but that’s the way he worked and it was great to pick his brains really for one-day or four-day methods (of batting).”
—
Question: Did you do much wicket-keeping work?

Alex Milton: “I worked with one of the other coaches on that and then I also did club training sessions where I worked on it on my own. I know the drills I need to do now. I have that base to work from with my keeping. It’s just trying to tick over with it now.

“I kept wicket in the matches for Claremont and was happy with how I kept.”
—
Question: You are currently working in the nets at Malvern College. That must bring back a lot of happy memories?

Alex Milton: “I worked with Mark Hardinges and Noel Brett, the two first team coaches. It is always nice to come back. There are a load of happy memories here. It is helpful also living only a couple of minutes away.”
—
Question: There will be a lot of competition for places when you head to Abu Dhabi for the pre-season tour?

Alex Milton: “There will be – and you’ve got to relish that challenge if there are spots up for grabs and I’m obviously going to do my best to try and get into the first team as soon as possible.

“I’m going to keep my head down, keep working hard and hopefully the hard work I put in pays off.”
—
Question: Looking back on 2018, would you have settled at the start of the season for playing seven Championship matches?

Alex Milton: “Definitely. I was happy with the amount of games I played. Being a bit of a perfectionist, I would have liked to have done slightly better with the bat when I had some chances after that start that I had.

“But I was happy to be part of the team and get an idea of what it takes to perform at the highest level.”
—
Question: That first hundred against Somerset, what are your memories looking back now?

Alex Milton: “It was a great day personally and I’m happy that it happened that way but it would have been nice to have won or drawn the game at the same time.

“There are a couple of photos from that day flying around in the house.”
—
Question: You also kept wicket in that game?

Alex Milton: “With Coxy (Ben Cox) being a great keeper, I’m happy to be in the team whatever way I can, whether that it is as a batsman or whether it is challenging for the gloves as well.

“I’m just going to do what I can to be in that team in any way I can.”
—
Question: There is good competition in that middle order with people like Callum Ferguson and Riki Wessels here this summer?

Alex Milton: “Also with these great players, I will be able to pick their brains and be able to work with them on my own game. I’m happy these guys are around.

“I think it is important to do that kind of stuff. They are here to help us come through as well. It is great to have that knowledge around the dressing room.”
—
Question: Do you feel you have made great strides forward in your career during the past 12 months?

Alex Milton: “I want to keep grounded and I’m happy with what I’m doing but there is still a lot more that I want to achieve.

“I’m just going to keep working as hard as possible to get there really.”
—
Question: You were in the squad for T20 finals day?

Alex Milton: “The white ball stuff is where I’ve been working hard as well. I want to push myself and put my name in the hat for the white ball-T20 stuff so I’m trying to work out a way that I can score boundaries and where my boundary options are.

“Again, if I can keep pushing and get myself into that team, then I will be very happy. You might see a Milton ramp shot!”