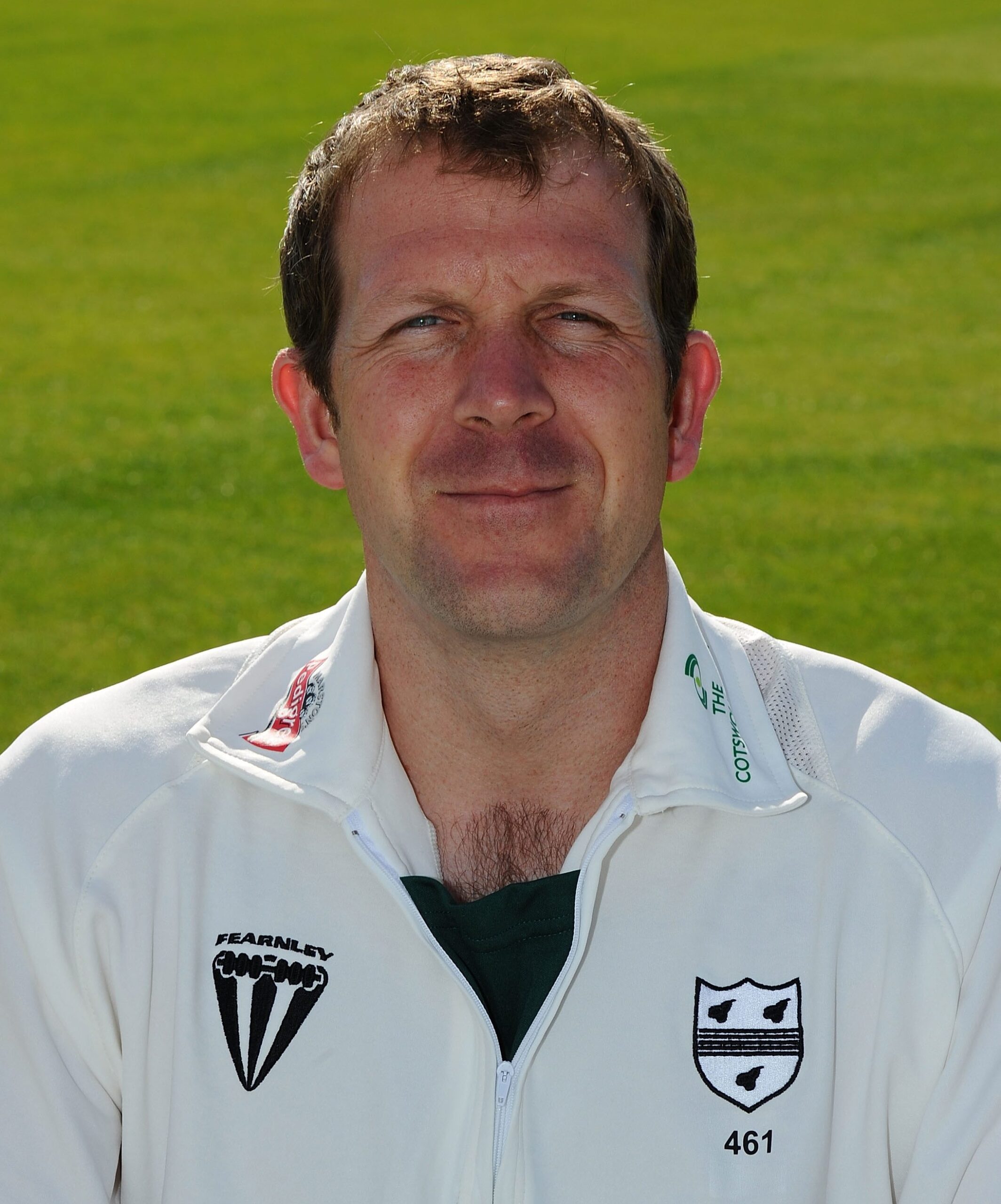 The legend that is Alan Richardson is back at Blackfinch New Road.

Alan will always provide fond memories for Worcestershire CCC supporters with his 250 plus County Championship wickets in four seasons from 2010 to 2013.

Now he has returned as Head Bowling Coach as part of the restructured coaching set-up.

Here Alan gives his thoughts on the past, present and future in the full version of a Question And Answer session with the Worcestershire CCC website.

Question:  “You are back at New Road, what are your thoughts on that?

Alan Richardson: “Very excited. I was just delighted to have to have the opportunity to come back. As a player, Worcestershire probably provides my fondest memories, of playing here at Worcester.

“But the opportunity to come back is really exciting. We have got an exciting group of players and for me, it brings back such happy memories. It is a really great place to come back and work.”

Question: “You had four years here as a player, you took 250 plus Championship wickets, it seemed your whole career came to fruition here?

Alan Richardson: “I played my best cricket here, without a shadow of a doubt, and it’s where I enjoyed my cricket the most. I was really fortunate to be given the chance to play here.

“We all know the beautiful surroundings but the club itself is such a nice club to come and play at. It helped me feel really relaxed and really confident in what I was doing.

“I’ve come back to familiar surroundings and know a lot of people who have really made me feel welcome.”

Question:  “You were one of Wisden’s Cricketers Of The Year for 2012, how did that feel?

Alan Richardson: “It was a massive honour. I started my career having dreams and aspirations, playing for your country, and winning awards and trophies.

“My career hadn’t quite panned out that way although playing first class cricket was a real honour and privilege to do in itself.

“But to get recognition like that especially towards the end of my career was amazing really.

“I’ve a lot of things to thank Worcestershire for and that was one of them, to give me the opportunity. I probably didn’t do everything that I was hoping to do (in my career) but to get that award was amazing.”

Question: “You left here in the winter of 2013-2014, I guess the bowling coach role at Warwickshire was too good an opportunity to pass up?”

Alan Richardson: “It was really interesting. I never really felt I got the opportunity at Worcestershire to say goodbye as a player.

“I did that with the players when it all came out in the January (2014) but the members had always been so great to me, the office staff and everyone who worked here, and I never really got that opportunity to thank them for it.

“It was a huge opportunity. It wasn’t a decision I took lightly. I was still loving playing but had always discussed with Steve Rhodes (Director Of Cricket) and David Leatherdale (CEO) at the time, that if an opportunity came up (coaching wise) I’d always probably think about it.

“I had a history of playing at Warwickshire, they gave me my first class debut and it was somewhere I had enjoyed playing as well so that opportunity made it very difficult to say ‘no’.

“Whilst I was still enjoying playing, I also knew that my legs were conking out on me and it was becoming harder and harder and that winter it had been quite tough, just the physicality of it all.

“One of the things I always talk about is that Ben Langley, Ben Davies and Ross Dewar really helped me have that little Indian summer in my career but probably the clock was ticking on me and getting a bit louder and a bit quicker at that time.

“Whilst it felt probably the right time, it was an incredibly tough decision because I had loved being here so much but it was probably too big an opportunity.”

Question: “Would you have played for one more year if the opportunity had not come in?”

Alan Richardson: “We got to that stage where we were taking it one year at a time. Ben Davies (Head Of Medicine and Science) talks about an ambition of his was to get me to play until I was 40.

“The best way for everyone was to see how I went but I was always concious about looking for opportunities after cricket and it was something I was more than happy with and it sat really comfortable with me.”

Question: “There was concern when you left that winter but the following year the team responded to the challenge and got promoted?”

Alan Richardson: “You look back at Worcestershire’s recent history and they have shown a massive amount of resilience.

“This group of players, potentially have had a lot of things happen to them on and off the field that would have knocked different people – but they’ve always come back nice and strongly.

“I think me leaving, whilst it may have seemed a big thing at the time, I’m sure it wasn’t. People come and go from clubs.

“As difficult as it was for me to leave, it gave someone else an opportunity and that year it was Joe Leach, Charlie Morris, Jack Shantry and guys really stepped up to the plate – as you knew they would hopefully do – and they it brilliantly and a lot of those guys have gone on from strength to strength.”

Question: “Those four years at Warwickshire, how much did you learn and develop as a coach?”

Alan Richardson: “Massively. As a cricketer, I was lucky to be quite experienced. As a coach I’m still very inexperienced so I’m learning the whole time.

“To cut my teeth in an environment like that, where the expectations were high, the calibre and quality of player I was dealing with, the opportunities I had there, were amazing.

“Hopefully I will continue to learn and make myself into a better coach.”

Question: “You helped to bring on some of the bowlers there?”

Alan Richardson: “I don’t know about that. They were left in a pretty good place. Graeme Welch had done a really good job with them and I’d like  to think some of them have come along a little bit more as well.

“Throughout their careers, they will come up against lots of people who will coach them and if they like to look back on the time they spent with me nice and positively…..as a coach you have to accept with certain players you will see instant results and with others it might take a little bit longer.

“Certainly I try to leave a positive stamp on them.”

“Question: “Now you have come back to Worcester, are you excited with the young crop of bowlers here?”

Alan Richardson: “It is really exciting. Obviously the pull to come back to Worcester is massive for me and the opportunity to work with guys who are really exciting and the bowling attack we have is incredibly exciting.

“We have had two players (Dillon Pennington and Adam Finch) in the Under-19 squad this winter, one player (George Scrimshaw) on the ECB Pace Programme, and Josh Tongue was picked for the Lions.

“That’s exciting having four guys 20 or under involved with the ECB and England plus all the experienced players we’ve got like Joe Leach, Steve Magoffin, Ed Barnard, Charlie Morris and Jack Shantry.

“We’ve got a right little crop of bowlers, some more experienced than others, but it is really exciting.

“The more experienced lads have grown up together. They have experienced quite a bit on and off the park and have shown they have got some really good character and the togetherness they have shown has been amazing.

“I hope they continue to grow. They have bred alongside the coaches they’ve had here a really good culture and environment and they have shaped that and hopefully they will be able to continue.”