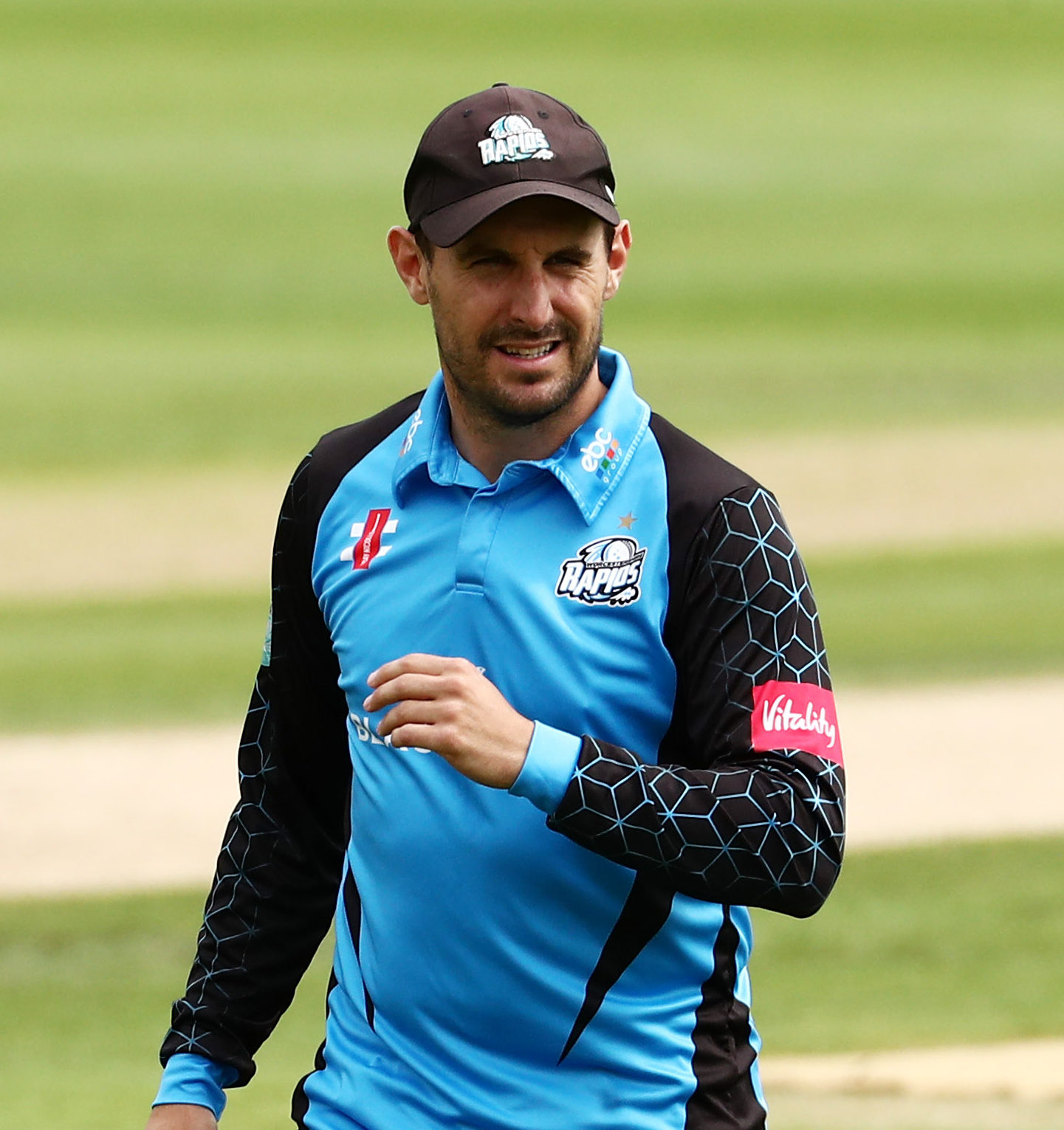 Holders Worcestershire Rapids pulled a remarkable low-scoring victory out of the fire over Durham by three runs in a Vitality Blast encounter at the Emirates Riverside this evening.

Durham appeared to be in the driving seat at 79-0 in the 12th over chasing a 118 target on a slow pitch where batting was always a challenge.

But the Rapids bowlers and fielders pulled out all of the stops to get over the finishing line in superb fashion.

Dillon Pennington bowled a tight penultimate over and Pat Brown held his nerve and showed all his quality in producing an excellent final over to seal victory.

He conceded just three runs and two leg byes and picked up the wicket of Stuart Poynter with the fourth delivery.

It sealed a fifth win in the competition for the Rapids and boosted their hopes of qualifying for the knockout stages.

The Rapids were put into bat and made one change from the side selected against Derbyshire Falcons with Tom Fell replacing Joe Leach.

Martin Guptill (0) survived a caught and bowled chance to the first ball of the game from Liam Trevaskis but was caught at extra cover off the next delivery.

Riki Wessels lofted Brydon Carse for one mighty six over mid wicket but on 11 pulled Matthew Potts into the hands of deep backward square.

Captain Callum Ferguson (8) lost his leg stump to Carse after giving himself room to try and work the ball through the off side.

Parnell (9) holed out to mid on off Scott Steel with the total on 51.

Fell hit D’Arcy Short over mid wicket for six and made a useful 28 off 24 balls before he went for a pull and was bowled by Trevaskis.

Barnard (1) fell victim to a brilliant catch by Nathan Rimmington running back towards short third man as Potts struck for a third time.

Ross Whiteley’s 24 not out from 19 balls gave the Rapids some late impetus.

Mitchell took the new ball and conceded only four runs in the opening over but Durham appeared to be moving towards a comfortable victory while Steel and D’Arcy Short were at the crease.

They put on 79 in 11.4 overs but the complexion of the game changed after Steel (31) was bowled by Barnard.

Mitchell came back into the attack and struck twice in his final over.

Graham Clark (1) was caught at deep mid wicket by Pat Brown and Short (42) was pouched at long off.

The wickets continued to tumble and Peter Handscomb (7) was undone by a tennis ball bouncer from Brown and could only slice it high onto the off-side where Parnell took a comfortable catch.

Nine runs were needed from the final over by Brown and he showed all his quality.

The Durham batsmen could not get the ball away and the fourth ball accounted for Stuart Poynter who was held by Whiteley.

Trevaskis needed a boundary off the last ball to deny the Rapids victory but could only manage a single.