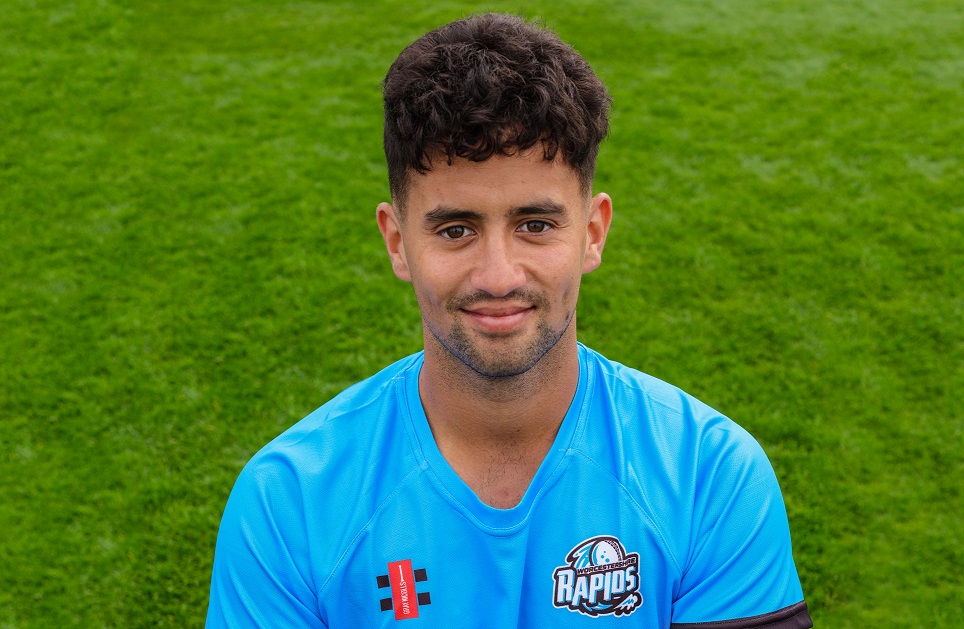 Worcestershire Rapids still head the North Group in the Vitality Blast despite suffering their first setback in this season’s competition as they went down by 12 runs to Yorkshire Vikings at Blackfinch New Road.

The Rapids went down fighting as they surrendered the last remaining unbeaten record in the competition after reeling off four successive wins.

They are two points clear of Lancashire Lightning, Notts Outlaws and the Vikings.

Yorkshire batted consistently after being put into bat with Adam Lyth, Harry Brook, Gary Balance and Jonathan Tattersall all making useful contributions in steering them to 179-7.

Two wickets with the final two deliveries of his spell enabled Pat Brown to finish with 3-34.

The Rapids lost early wickets but some typically big hitting from Ross Whiteley, plus useful contributions from Brett D’Oliveira, Ed Barnard and Luke Wood, kept them in with a chance before falling just short on 167-8.

The Vikings were given a flying start by Lyth and the former England opener raced to 35 out of 41 off 21 balls.

Brown made the initial breakthrough when Lyth holed out to Ross Whiteley at deep square leg.

Tom Kohler-Cadmore (5) – in his first appearance at Blackfinch New Road since moving to Yorkshire last season was yorked by Dillon Pennington.

Gary Ballance looked in good touch and struck four sixes in his 40 from 21 balls.

Travis Head brought about his downfall as Balance went for one big hit too many and Daryl Mitchell held onto the skier at deep mid wicket.

Mitchell then made an impact with the ball in the next over as Harry Brook (33) flicked him straight to Joe Clarke at short fine leg at 118-4 in the 13th over.

On loan Nottinghamshire seamer Luke Wood returned to the attack to have Jack Leaning (11) caught at long on by Martin Guptill.

Brown ended his spell with a double breakthrough. Vikings keeper Jonathan Tattersall (29) fell at deep mid wicket – after Mitchell parried the ball back inside the boundary for Martin Guptill to complete the catch – and Bresnan (6) was trapped lbw.

When the Rapids began their reply, Bresnan struck in his first over as Martin Guptill (0) was caught behind.

Clarke smashed the ex England paceman over deep mid wicket for six but fell to the next delivery after making 17 with Patterson accepting the chance at mid off.

Mitchell (2) clipped Patterson behind square and fell victim to smart catch from Bresnan and Ben Cox (12) was held at long off in Azeem Rafiq’s first over.

Head on 23 he became the first success for Vikings debutant Jordan Thompson – caught at deep mid wicket by Ballance.

Bresnan returned and dismissed D’Oliveira (24) who was another player caught around the corner.

Much depended on Whiteley, who hit six sixes in an over in last season’s fixture at Headingley, but after making 37 from 21 balls with one six and five fours, he carved Patterson on the off side and Leaning took a fine low catch.

Wood collected 10 runs from his first two balls, including a six off Patterson over backward square leg.

But on 11 he went for another big hit against the same bowler and was caught at deep mid wicket to leave Barnard unbeaten on 25 as the Rapids fell just short.