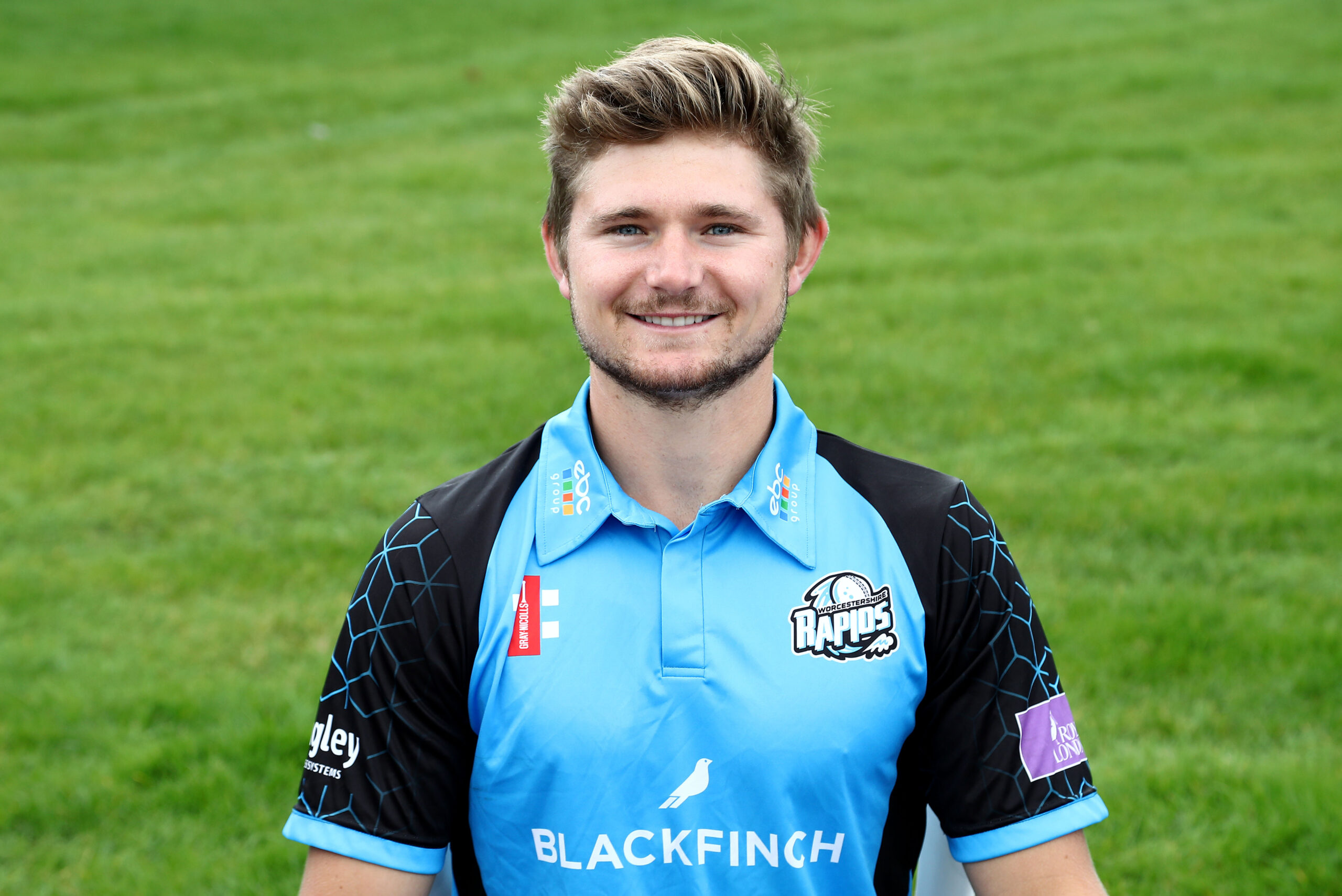 The all-rounder went to three figures off 107 balls and earned a standing ovation from the sizeable crowd and a bear hug from Wayne Parnell who then delivered his second five wicket haul of the week.

It surpassed Rhodes’ previous best in any form of cricket for Worcestershire of 95 against West Indies ‘A’ at Blackfinch New Road last summer.

He shared in record breaking partnership of 169 with Ben Cox who weighed in with another invaluable knock of when it was most required by the County.

It was the biggest stand for ANY wicket in Worcestershire v Yorkshire List A games, surpassing the 166 for the second wicket by Aslan Ormrod and Younis Ahmed on the same ground in 1980.

The duo came together with Worcestershire standing on 62-4 in the 16th over after electing to bat.

After being initially watchful, Rhodes and Cox gradually grew in confidence and flourished, mixing resourceful stroke-play with positive running between the wickets.

Worcestershire eventually totalled 293-7 in their 50 overs and then Parnell produced another impressive performance.

He accounted for the top three batsmen and then mopped up the tail to finish with 5-25 after his 5-24 against Notts Outlaws on Wednesday.

Worcestershire elected to bat with Cox having recovered from illness and Daryl Mitchell being ruled out with a back injury.

Steven Patterson made the initial breakthrough when Riki Wessels (10) drove straight to Tom Kohler-Cadmore at cover.

Worcestershire were progressing serenely enough at 56-1 before three wickets fell for five runs in the space of 21 balls.

Tom Fell made an accomplished 31 off 41 balls but then charged at Patterson and skied a simple catch to mid-on.

Callum Ferguson (14) was lbw to a Tim Bresnan delivery which cut back and acting skipper Brett D’Oliveira (2) provided Patterson with a third scalp when he holed out to backward point off a thick edged drive.

All sorts of records were broken by Rhodes and Cox – the highest fifth wicket stand against Yorkshire, the best for any wicket versus the Tykes plus the Worcestershire all-time partnership record.

It was the returning Patterson who finally ended the stand when Cox holed out to long on after striking 12 boundaries in his 86 ball knock with the total 231-5 in the 44th over.

Ross Whiteley made a breezy 16 before he was bowled by Pillans but Rhodes moved closer to three figures.

A risky single took onto 99 before he punched Olivier onto the off side to complete his memorabl;e hundred.

He eventually fell to the final ball of the innings, bowled by Pillans after trying to help the ball around the corner.

Yorkshire made steady early progress in reply but the introduction of Parnell swung the game Worcestershire’s way.

Adam Lyth (22) bottom edged through to Cox, Harry Brook (0) was lbw and Kohler-Cadmore (31) was bowled through the gate against his former County.

Parnell had figures of 5-1-16-3 in his initial spell and his replacement Ed Barnard caused similar damage to the Yorkshire line-up from the Diglis End.

Jack Leaning (24) was bowled by a delivery which kept low, Jonathan Tattersall (13) was caught behind trying to steer to third man and Bresnan (1) was yorked.

D’Oliveira came into the attack and trapped the in form Gary Balance (9) lbw before holding onto a sharp return catch from Patterson (1) .

It was left to Parnell to polish off the innings as Pillans (31) and Josh Poysden (0) perished to successive deliveries.