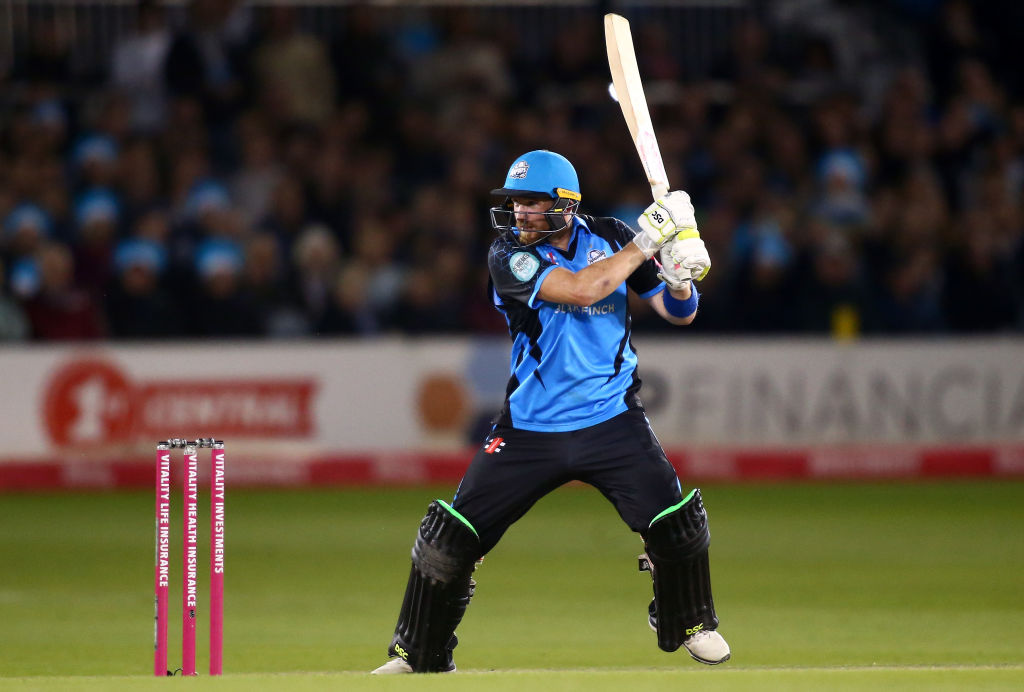 Riki Wessels admits playing a new look role in several of Worcestershire Rapids Vitality Blast games last summer was a brand new experience for him – but one he was happy to embrace for the benefit of the team.

Wessels has been renowned for destroying opposition attacks in T20 cricket and nine sixes in his 55 when a Notts Outlaws player against Worcestershire in 2018 was recent evidence of that.

It is something he is still capable of as was evident in his 74 off 29 balls in a stand of 148 in 8.5 overs with Martin Guptill against Durham at Blackfinch New Road.

Wessels went onto amass 461 runs in the competition – a new record for a T20 season by a Worcestershire player.

But he showed the other side of his game in acting as the foil to Moeen Ali when in full flight, most notably in the win over Birmingham Bears at Edgbaston and the quarter-final triumph against Sussex Sharks at the 1st Central County Ground, Hove.

He focused on giving Moeen the strike whilst still managing to keep the scoreboard ticking over himself.

Wessels said: “I know my T20 game quite well although this year was a bit of a different one for me with taking a back seat in quite a few of the games which is quite unusual for me.

“The way he played sort of dictated the way I had to play and it became quite easy really.

“It was a totally new role for me. Sometimes you have to adapt to the situation and, more importantly, we got over the line and won those games.

“The end result is about winning games of cricket whether you score 65 or 25. Whatever that looks like or needs to be done, I will try and do it.

“Mo is a very calm guy and I tend not to panic myself. I always feel at some point I can catch up quite comfortably if I need to.

“Quite calm out in the middle, don’t panic a great deal and we know we are always in with a shout.”

Wessels finished as Worcestershire’s leading run-scorer in the Specsavers County Championship and scored one century and three half centuries and also tried to pass on his experience to the young talent in the side.

He said: “I started off alright and finished off quite nicely. We had quite a tough middle period and it would have been nice to have put my hand up against Middlesex and Lancashire twice when we really needed it.

“Not overly excited by the numbers but it was also about trying to develop young players coming through as well, trying to spend a little time batting with them, teaching them the ropes and moving forward really.”

“I put my hand up, did it, and was quite happy with how it went really. I had a couple of scores. I’m prepared to do whatever we need to do to win games of cricket.”