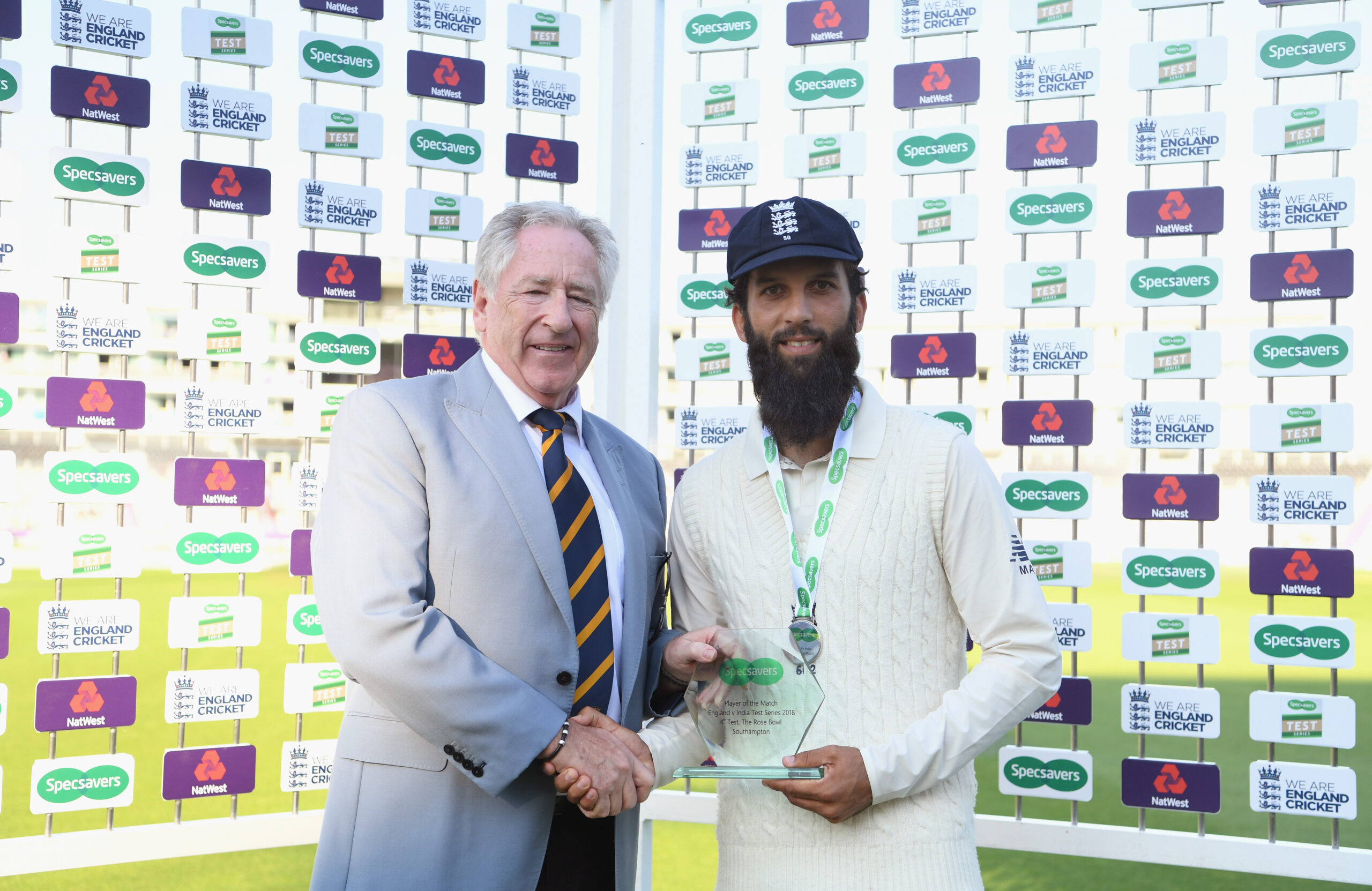 Moeen Ali lifted the man of the match award as England overcame India by 60 runs in the fourth Specsavers Test at the Ageas Bowl to take the series 3-1.

The Worcestershire all-rounder followed up his 5-63 and 40 valuable first innings runs with 4-71 – including the prized wicket of Indian skipper Virat Kohli.

Moeen finished with match figures of 9-134 and England captain Joe Root said today was “probably the best” he had seen the 31-year-old bowl for his country.

It was the perfect return for Moeen to Test cricket who said he was refreshed by his return to county cricket in which he picked up 16 wickets in two Championship matches and scored a double hundred at Scarborough.

“I’ve spoken with Mo about that and having a bit of a different look at things, going to the IPL and experiencing a different side of cricket and coming back and performing extremely well for Worcestershire must give you a huge amount of confidence.

“Today was probably the best I’ve ever seen him bowl in an England shirt and that’s such a testament to how he has gone about things, how he’s come back and his strength of character.”

Moeen admitted: “It’s great to be back. I have missed Test cricket a lot. I kind of needed a bit of a break as well and it’s great to come back and contribute to a winning game.

“I’ve played so much in the last three years I just felt it was not a bad thing to go back to county cricket, play a bit of IPL, and to really enjoy my cricket again.

“When I was watching the guys, I really missed it and I thought ‘I really need to get back into that side.’”

He said: “I’ve been playing in England for a while now and I kind of back myself a bit more.

“I got a lot of confidence from bowling in county cricket and clearing my mind and keeping things simple.

“I feel like I’m getting better as a spinner and it’s something I need to keep improving on.”

Moeen also enjoyed batting at number three in the second innings even though he only scored nine.

He said, speaking on Sky Sports: “I found out when they were eight down. Rooty asked me if I fancied it and if I had a choice where would I want to bat and I said number three.

“It’s where I bat for Worcestershire and it was an opportunity to go and score some runs. Obviously it didn’t work but it was good for everyone else and I did enjoy it.

“Is it a long term possibility to bat there? We will see. If I do bat there again, I’ll have to score runs and I feel like I need to tighten up a little bit as well.”