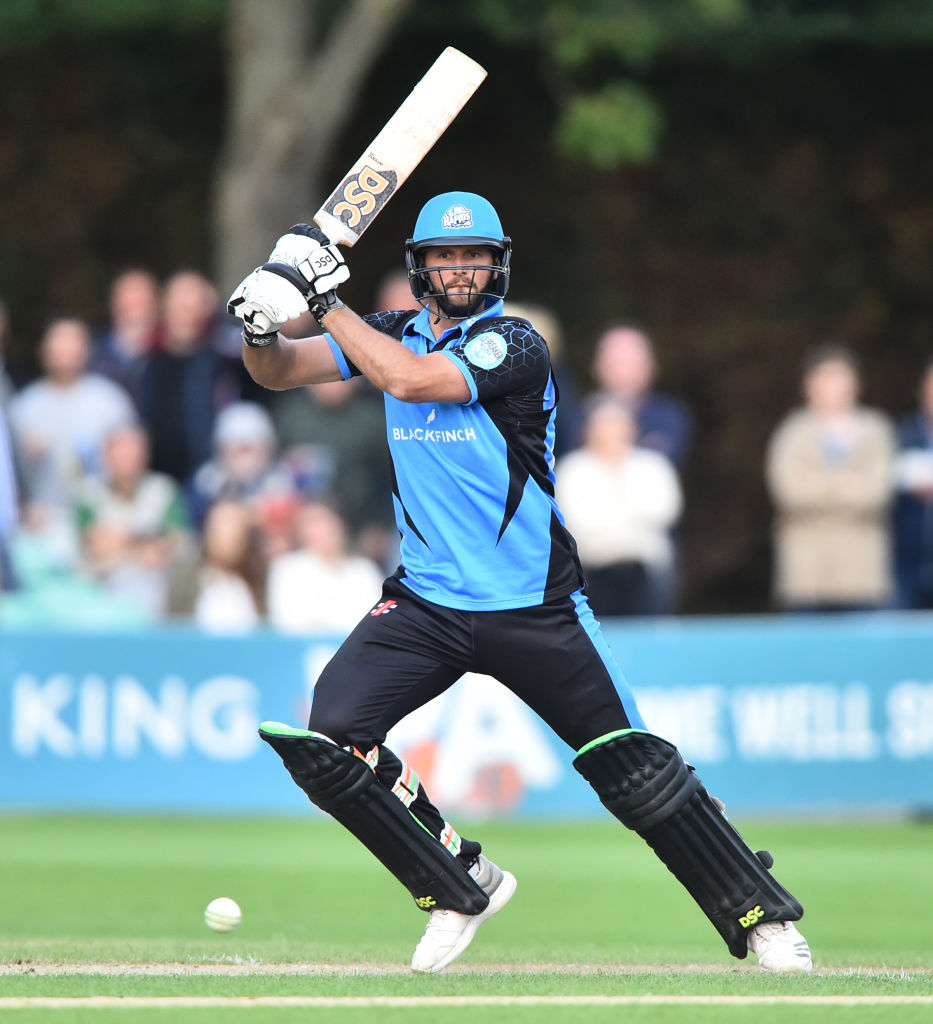 Ross Whiteley is aiming to make a sizeable impact in the latter stages of the Vitality Blast after demonstrating his fearsome power with the bat against North Group leaders Lancashire Lightning on Sunday.

The all-rounder smote 89 off just 40 balls to thrill the capacity Blackfinch New Road crowd and, in the process, brought up his 100th T20 six for the Rapids.

It was a return to his very best form for Whiteley and he will be striving to continue in the same vein for the remainder of the tournament as the Rapids gear up for tomorrow evening away meeting with Northamptonshire Steelbacks.

He said: “It was a tough wicket to get in on (on Sunday). You had to give yourself a few deliveries and then, once you get the pace of the game, it gets easier.

“My form has not been how I would have liked it for the start of the tournament but hopefully now, with the crunch games coming up, I can be out there and putting match-winning performances in.

“It’s been very disappointing. I’ve probably not had a tournament like this for a long time, where I’ve been lean on runs.

“But, where I bat in the order, it’s about match-winning partnerships or innings and that can be just six off one ball or 80 off 30.

“It’s tough. It’s not gone my way but hopefully I’ve got some momentum for those crucial last couple of games and can help get us into a qualification spot.”

Whiteley finished two runs short of his personal best Blast score for the Rapids of 91 off 35 balls against Yorkshire Vikings at Headingley four years ago when he smashed 11 sixes.

There was even a chance going into the final over that a couple of big blows could have taken him to a century but that was not on his mind.

He said: “To be honest, I didn’t really know what score I was on.

“I was just looking at the bottom right (on the scoreboard) where it says how many are needed to win.