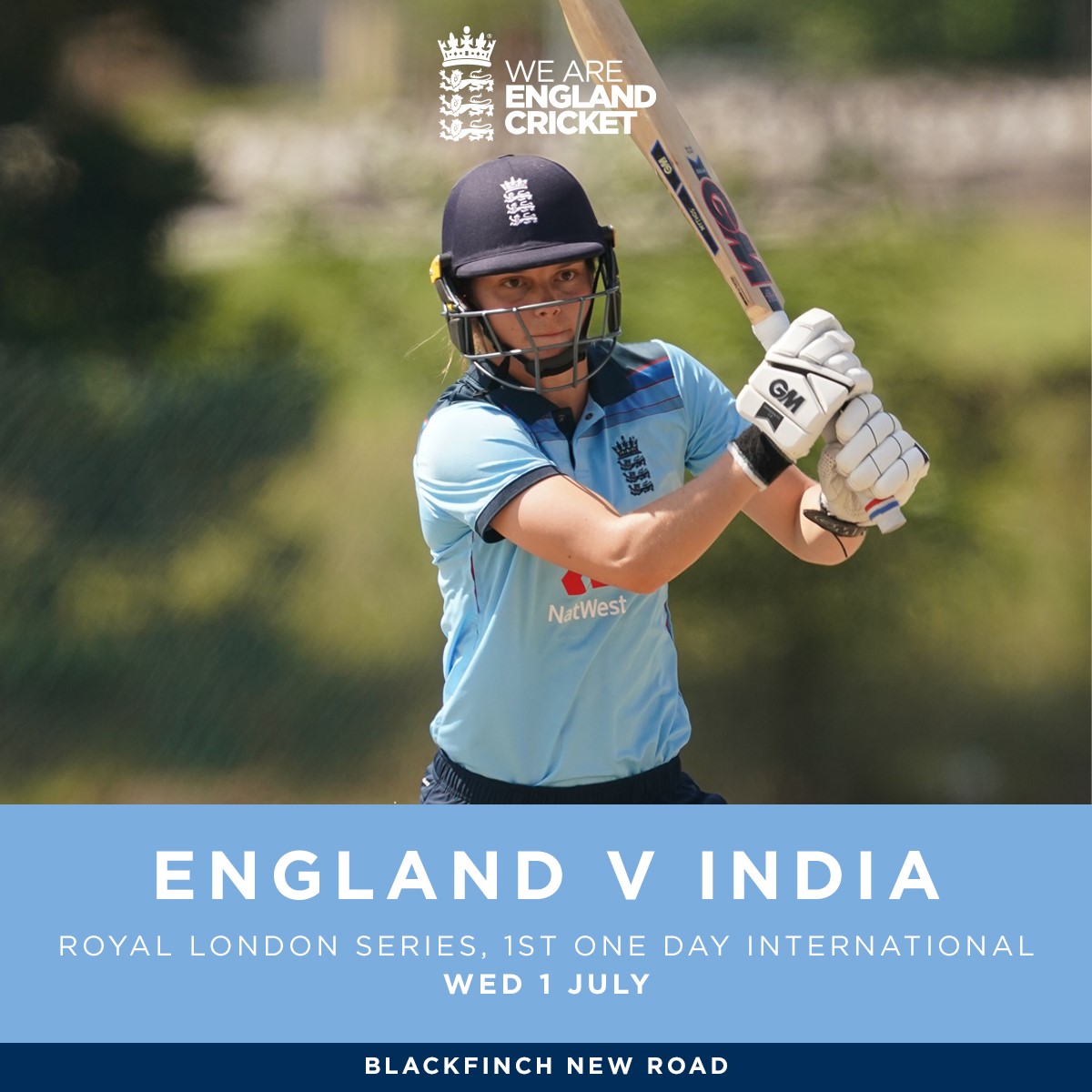 Worcestershire Women’s Rapids player Sarah Glenn has been included in England Women’s squad for the ICC Women’s T20 World Cup – and Blackfinch New Road is to host another Women’s International this summer.

Glenn is part of a 15 strong squad chosen for the World Cup tournament which will take place in Australia during February and March.

It precedes the two 2020 home series against India Woman and South Africa Women.

Worcestershire will play host to India Women at Blackfinch New Road in the first Royal London ODI on Wednesday, July 1 (11am start).

Glenn has earned her place after impressive performances during her debut tour for England against Pakistan in Kuala Lumpur last month. The leg spinner has played all six ODIs and T20Is and finished with a haul of 12 wickets. She also helped England defeat Pakistan 2-0 in the ODI Series and 3-0 in the T20Is.

Last summer Glenn finished with 16 wickets for the Rapids in the ECB County Championship 50 over competition at 19.94 runs apiece and with an economy rate of 3.68.

She also picked up four scalps in the ECB T20 tournament with an economy rate of only 4.05 runs per over.

Glenn said: “Worcester has only just become my home but I have a lot to thank them for.

“They have continued the tremendous support I’ve always received in county cricket which has led to being selected for England.

“If selected, it would be nice to play in front of some familiar faces at Blackfinch New Road.

“It’s a ground that always gives good support to England Women and I’m sure that will be the same this summer.”

The 15-strong group features one change from the squad that won the T20I Series against Pakistan with all-rounder Georgia Elwiss taking the place of Kirstie Gordon.

When they return home, England will host India Women and South Afria Women for two Vitality IT20s and four Royal London ODIs each, ahead of the 2021 ICC Women’s World Cup, to be held in New Zealand.

All games will be live on Sky Sports.

Anyone who takes out a new membership or renews at Worcestershire CCC before 1st February will have all days of tourist cricket included in their membership packages.

All Life Members who upgrade before this date will get tourist games included too.