SCRIMSHAW KEEN TO MAKE MARK IN ALL FORMATS OF THE GAME
Thursday, April 4th, 2019 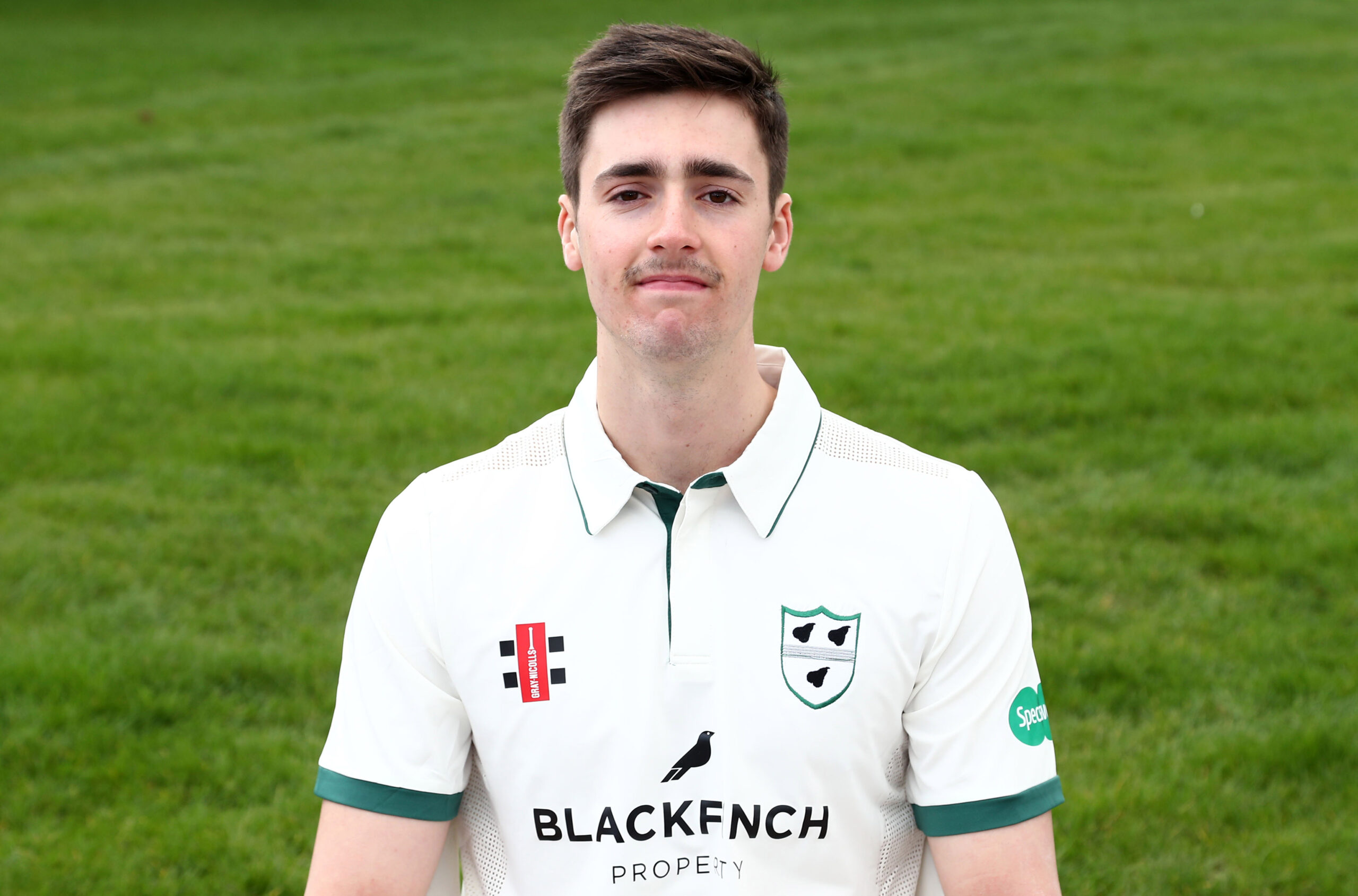 Worcestershire paceman George Scrimshaw has set his sights on playing all forms of first team cricket this summer – and has taken encouragement from Josh Tongue.

Scrimshaw, who recently celebrated his 21st birthday, made his senior debut in 2017 when he played in four T20 Blast matches.

He showed his potential with some fiery bowling at Derby and that winter was included in the ECB Pace Programme.

Injuries curtailed his involvement in 2018 before returning in a Second Eleven game against Surrey at Kidderminster in September.

But Scrimshaw is looking to make his mark in formats after returning to bowling following a minor issue with a sore back.

He has seen how Tongue overcame lengthy injury problems to pick up 87 Specsavers County Championship wickets from 25 appearances during the past two seasons.

Scrimshaw said: “I deserve a good year, a run of games and the chance to show people what I can do after the injuries.

“You are praying everything is going to go right. I’ve done all this work and it’s about time something goes my way for once

“Tonguey had a big battle, had an operation and has been fine ever since apart from a little injury last year.

“Look how well he has done. It gives you encouragement and I’m just trying to stay as positive as I can, just keep working and never give up.

“I’ve got quite a lot of goals in my mind, one being to be involved in all the white ball stuff – 50 over and T20 – and hopefully some of the four-day stuff as well.

“I’d like to play all forms of cricket – that is the aim. I was 21 recently and, although I don’t feel too different, hopefully it’s another year behind me of the body getting stronger.

“I think it is just about having some cricket behind me and then people will know what I can do and hopefully I can have a much longer career.”

Scrimshaw took plenty of encouragement from the T20 Blast appearances in 2017 despite his first over costing 19 runs.

He said: “I can’t wait to get back and hopefully play first team cricket again. Those games gave me a lot of encouragement.

“The first game, I was nervous. I went for 19 runs in my first over and didn’t get back on. Obviously it was annoying I went for all those runs, but I didn’t feel too disheartened.

“I nearly got a wicket with my first ball. It (the edge) just went over Coxy’s head and I just got my lines wrong.

“But in the following three games, I got a wicket in every game and had a good economy rate. I bowled a quick spell at Derby.

“I might have had more wickets, there were a couple of dropped catches. Bowlers don’t forget them!”

Scrimshaw wants to repay the faith shown in him by Worcestershire after signing a three year contract spanning 2018 to 2020.

He said: “My family and friends helped a lot in me getting through those periods of rehab.. That side can be tough with you coming in and getting on with your work while a game is going on which want to be involved in.

“It is quite a horrible feeling. You have to discipline yourself. It’s so hard when you want to be out there.

“But equally I’m so happy that Worcestershire have shown a lot of faith in me and I want to repay their belief.

“It was really encouraging when I signed that (three year) contract. I’m just going to stay resilient and keep going.”

Scrimshaw says all quick bowlers need a nasty streak out on the pitch.

He said: “I think there is an element of that you do need. You need that little spark. It is just natural with fast bowlers.

“You can’t be nicey-nicey especially with all that pace. I think I’ve always got that in me in a game situation.

“I’m quite laidback off the pitch but in a game situation, you are in the zone and battling against the batter.

“He is threatening your livelihood if he stays at the wicket.”

Scrimshaw says a slight alteration to his action has helped him to start to swing the ball.

He said: “Probably my pace and bounce are my main assets and, if I can get a bit of swing to go with that as well, I feel I would be really dangerous.

“I’m just starting to swing it nicely now. I just think it is happening naturally with my action.

“I’ve changed it slightly. I’ve had to stay a bit more upright so it takes a bit of stress off the side and the lower back on the left side.

“I think that has helped me to stay tall at the crease.

“England are always looking to find that out and out strike bowler and I’m hoping to be one of those in the future, high pace and not dropping off it.”