George Scrimshaw is set to play a full part as a member of the ECB Pace Programme this winter and has started strength training with Worcestershire after suffering a slight aggravation of a back problem. 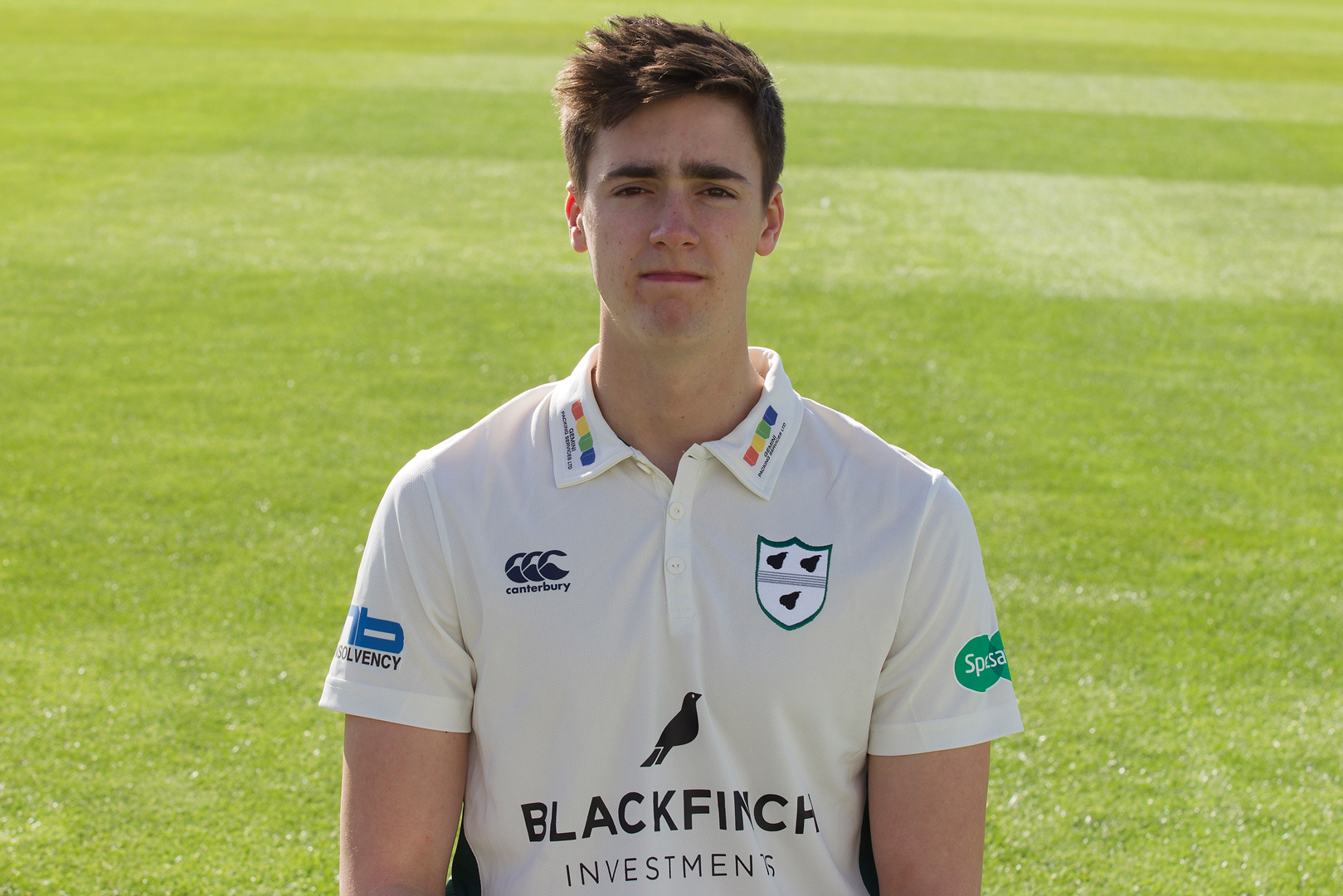 Scrimshaw made a successful return to action with the County this summer after suffering a stress fracture in the – including a first team debut in the T20 Blast – before aggravating it towards the end of the campaign.

But he has made good progress under the watchful eye of Worcestershire Head Of Sports Science And Medicine Ben Davies and Strengthening And Conditioning Coach Ross Dewar.

He will join up with the Pace Programme for strength training before Christmas and then resume bowling during New Year camps in Spain and South Africa.

Davies said: George had a stress fracture at the end of last (2016) season when he went away with the Young Lions (to UAE)

“We’ve re-habed him. Obviously we’ve got him back into some cricket this year and he made his T20 debut and played a lot of second team cricket so we actually got some overs into him.

“He has done really well. Unfortunately he has just had an aggravation of that area again towards the end of the season. He has got some inflammation of the area.

“He is fine. We are expecting him to be fully fit for the start of next season. He is training at the minute. He has started strength training early.

“We have brought his pre-season forward a little bit and we are striving to get him nice and strong for pre-season to build his bowling and go again.”

Davies added: “How will it impact onto his involvement with the Pace Programme? We have had talks with the England staff and it is not going to have any effect on him in terms of the Pace Programme because predominantly before Christmas they are doing strength training.

“He can join in with that – with certain parameters because of his injury – and then post Christmas he can actually start his back to bowling when they go away after Christmas.

“It actually works quite nicely that he is going on that Pace Programme, quite a nice tonic considering he got that injury again.”

Skipper Joe Leach is back to full fitness after defying a side strain to play the last part of the season.

Davies said: “Joe Leach had a side strain which he was managing through the final couple games of the season.

“That is completely settled now. It was only a minor injury. He had a cortisone injection as well in his ankle which settled it down lovely and he didn’t miss any cricket.”

Brett D’Oliveira has also received encouraging news with a MRI scan showing no long term damage to the shoulder injury he managed during the latter part of the 2017 campaign.

Davies said: “Brett D’Oliveira had a scan on his shoulder at the end of the season. He had a left shoulder subluxation during the season.

“It is basically a situation where the shoulder comes slightly out of the joint and goes back in again so it is not a full dislocation.

“An MRI scan showed there is no long term damage or any soft tissue damage in the area.

“He is on a strengthening programme now for that shoulder and hopefully there won’t any subluxation in the future.”