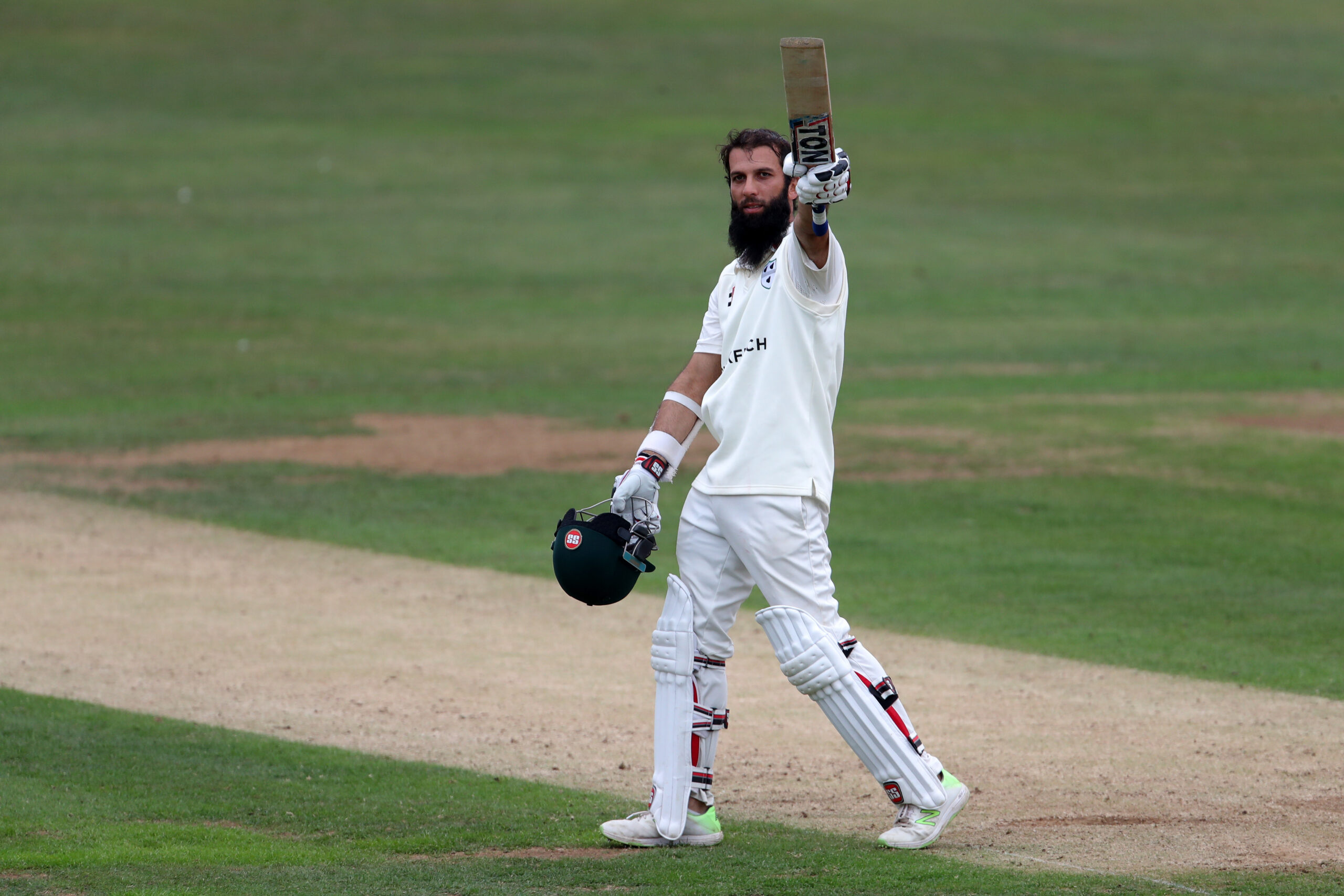 Skipper Moeen Ali scored a brilliant double hundred and then picked up four wickets as Worcestershire made big strides towards sealing victory over Yorkshire in the Specsavers County Championship match at Scarborough.

Then the 31-year-old sparkled with the ball as Yorkshire were reduced to 140-6 in their second innings.

Moeen and Daryl Mitchell, who advanced from his overnight 140 to 178, added 294 – a Worcestershire second wicket record against the Tykes.

There were also useful contributions from Joe Clarke and Ed Barnard as Worcestershire added 262 more runs in 50.2 overs today before declaring.

It was their highest ever total against Yorkshire and Worcestershire’s biggest Championship score since the 672-7 declared against Gloucestershire at Cheltenham in 2008.

Their previous highest in Division One was the County’s record total of 701-6 versus Surrey at New Road in 2007.

The previous best Worcestershire second wicket partnership against Yorkshire was the 231 by Glenn Turner and Phil Neale at New Road in 1981.

But Moeen and Mitchell sailed past that record as they continued to accumulate in untroubled fashion this morning.

Moeen hit Adam Lyth back over his head to secure maximum batting points in the 107th over.

The partnership was finally broken when Mitchell fell to a fine catch by Tim Bresnan at slip off Lyth. He faced 333 balls and struck 22 fours.

He left the pitch to a standing ovation.

Joe Clarke had been waiting 24 hours to go to the wicket and he looked in good touch in making 34 before he tried to whip Lyth on the legside and was lbw after adding 68 with Moeen Ali.

During the partnership, Worcestershire surpassed their previous best total against Yorkshire of 456-8 at New Road in 1904.

Moeen went into lunch on 190 out of 479-3 and he brought up his double century with a six and four off successive balls from Josh Poysden.

His magnificent knock ended when he was caught at point by Harry Brook off Tim Bresnan.

Ben Cox (18) was lbw to Poysden who also accounted for Ross Whiteley (6) with Bresnan running back behind the keeper to take a good catch.

Barnard raced to 34 from 25 balls before he provided Poysden with a third scalp immediately before the declaration.

Lyth (17) was lbw in his first over and Brook (16) followed him back to the pavilion after driving Moeen into the hands of Josh Tongue at mid on.

Moeen continued to wreak havoc after the interval with Gary Balance (19) taken by Joe Clarke at second slip and Tom Kohler-Cadmore lbw for eight offering no shot.

Wayne Parnell then got in on the act and he picked up the prized wicket of Kane Williamson (59) who tried to upper cut a delivery and nicked through to Cox.