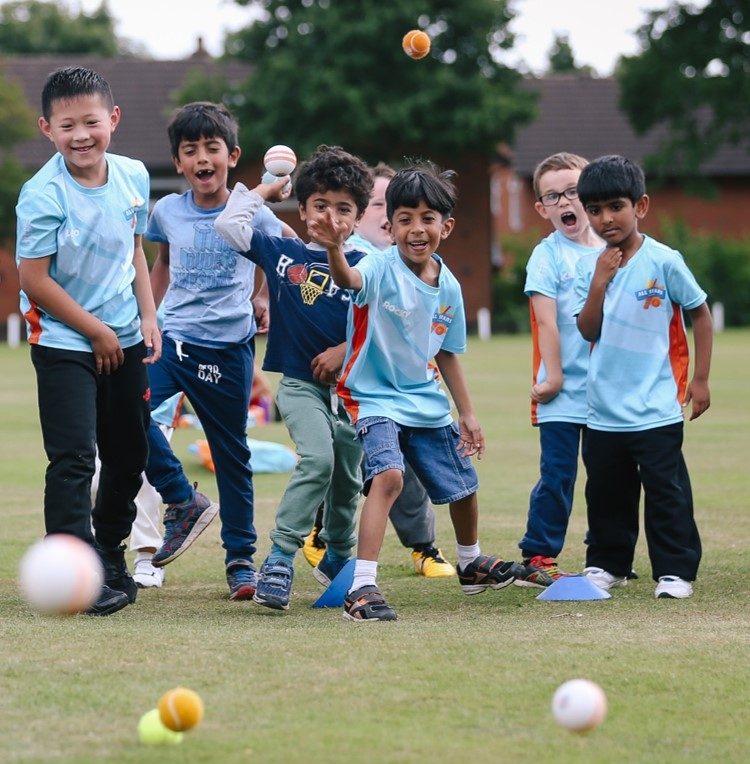 Worcestershire Cricket Board Limited have reaped the benefits of playing a major role in the new All Stars Cricket (ASC) programme run by the ECB with 487 children aged between five and eight years old signing up to 23 clubs across the County during 2017.

All Stars Cricket is aimed at attracting youngsters to the game for life – and from a Worcestershire perspective also finding the next Josh Tongue.

The WCBL helped to set up many centres across the County where youngsters could participate in the scheme.

For an all in cost of just £40, children received eight weeks coaching at one of the centres, plus a bag, ball, bat, cap, water bottle and personalised shirt.

The activity and game based programme is suitable for all skill levels, providing children with the foundations to begin a life-long love of physical activity and cricket while also making friends in a safe and enjoyable environment.

But the more children who take up the game, the more opportunity there will be to discover a new Josh Tongue, Daryl Mitchell, Joe Leach, Joe Clarke or Ben Cox.

WCBL Cricket Development Director Tom Hill said: “2017 was the first year we ran All Stars Cricket, a national run programme by the ECB, and we had some exceptional results.

“Our clubs did a great job exciting these kids aged five to eight.

“In addition, a large number of those kids came down to watch games at New Road, be the guard of honours, so we can really hook them into our game.

“All Stars Cricket is back in 2018 with more exciting games and activities for both new and returning kids. We are hoping to at least double that number of children this year and get more clubs involved.”

Hill is aware of the importance of attracting youngsters to cricket sooner rather than later.

He said: “Eighty five per cent of people that play, follow or attend cricket games start playing cricket when they were Under-16.

“We know the more we can get to earlier, the more chance there is of them becoming a fan, a volunteer, a player, a groundsman or even a professional, a Josh Tongue.

“You look at Josh Tongue’s success. He started on the local playground. He came through the programme, playing in the Under-10s when six or seven.

“That’s the exciting thing. Of those 487 kids, one or two of those, a handful, will stand out already and go onto be the new Josh Tongue.

“We want talented young kids hooked onto cricket and it’s about creating a following.”

Pre-register now for All Stars 2018 at https://www.ecb.co.uk/play/all-stars