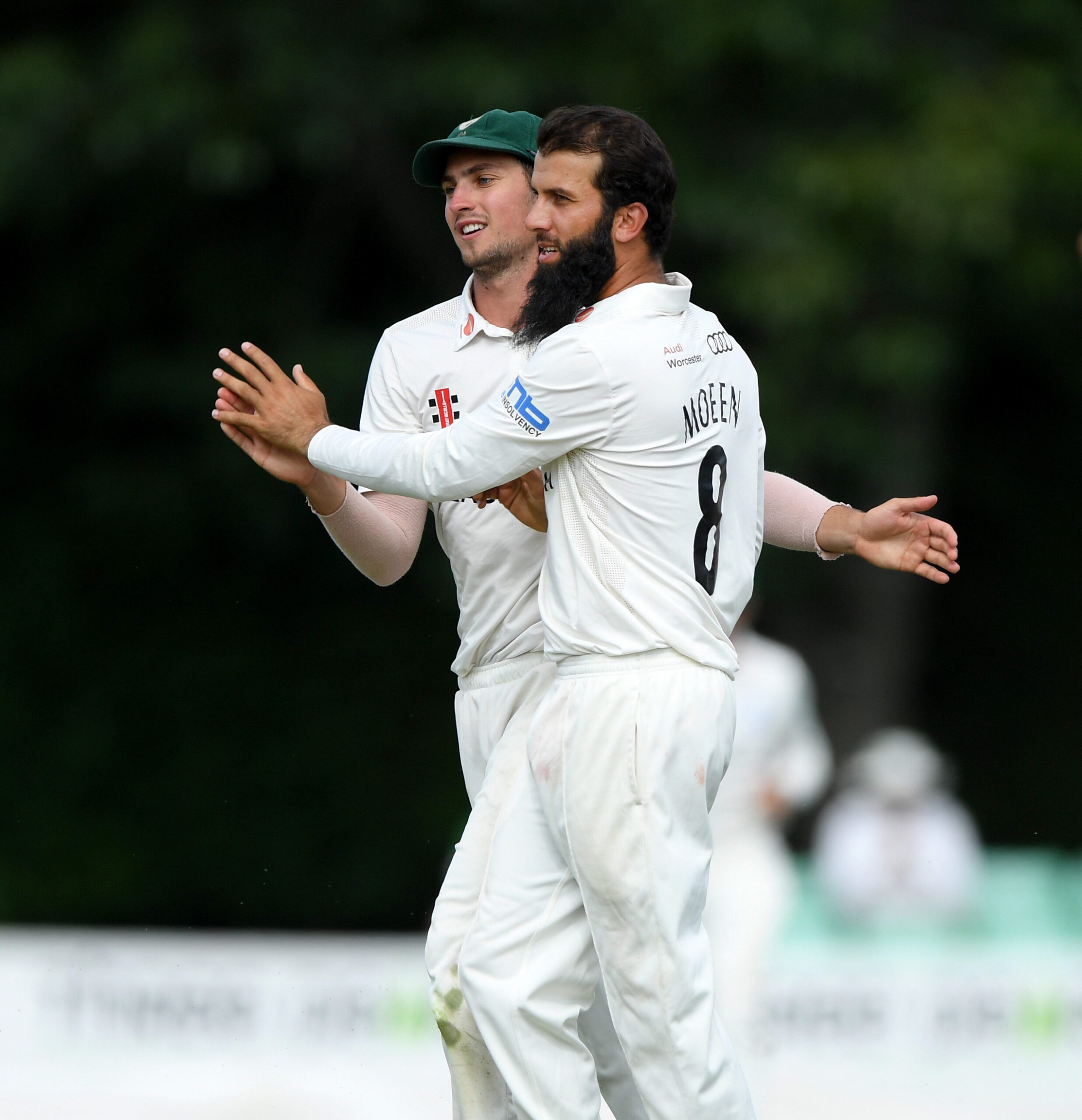 The visitors were put into bat and closed on 324-9 from 96 overs on a day where wickets tended to fall in clusters.

Moeen finished with 3-56, Steve Magoffin was rewarded for some impressive spells with two wickets and Dillon Pennington also made a double breakthrough.

Steven Davies top-scored against his former county with a fluent 72 and there were also half centuries from Tom Abell and James Hildreth.

Brett D’Oliveira opted to put the visitors into bat after winning the toss and the new ball attack of Magoffin and Wood made a double breakthrough.

Magoffin asked questions of both batsmen during an initial spell of 6-4-5-1 and he accounted for Edward Byrom (5) – caught behind by Milton who replaced broken rib victim Ben Cox after 76 successive Championship appearances spanning five seasons.

In the next over Wood trapped Marcus Trescothick lbw for six in his first appearance since May after recovering from a broken metatarsal with the total on 11.

Azhar Ali and Hildreth were initially watchful but then flourished during a third wicket stand of 99 in 28 overs.

Hildreth, a century-maker at Taunton in the early season fixture between the sides, reached a 99 ball half century with 11 boundaries but Azhar provided a solid ally.

The game edged back in Worcestershire favour with two wickets to Pennington during a fiery pre-lunch spell.

Azhar (37) pushed forward and nicked through to Milton and then Hildreth (57) shouldered arms and was bowled at 115-4.

A second Somerset period of recovery was instigated by Abell and Davies during a partnership of 126 in 33 overs.

But it could have ended with the total on 140 as Abell (25) swept Moeen Ali to backward square leg where Joe Clarke, who was directly facing the sun, appeared not pick the ball up.

Davies was first to his half century from 72 balls with one six and also eight fours to his name. Abell followed his team-mate to fifty in

Moeen broke the partnership when Davies (72) played back and nicked to Milton who held onto a sharp chance.

The 31-year-old claimed another wicket as Peter Trego (1) was leg before.

Magoffin returned with the second new ball and picked up a deserved second wicket as Abell – 70 from 151 balls with 13 fours – was lbw.

The Overton brothers, Craig and Jamie, added 51 in eight overs before Moeen enjoyed a third success as Craig (31) was caught at first slip.