TOM LOOKING TO MATURE AS BATSMAN AND KICK ON WITH CAREER
Wednesday, March 4th, 2020 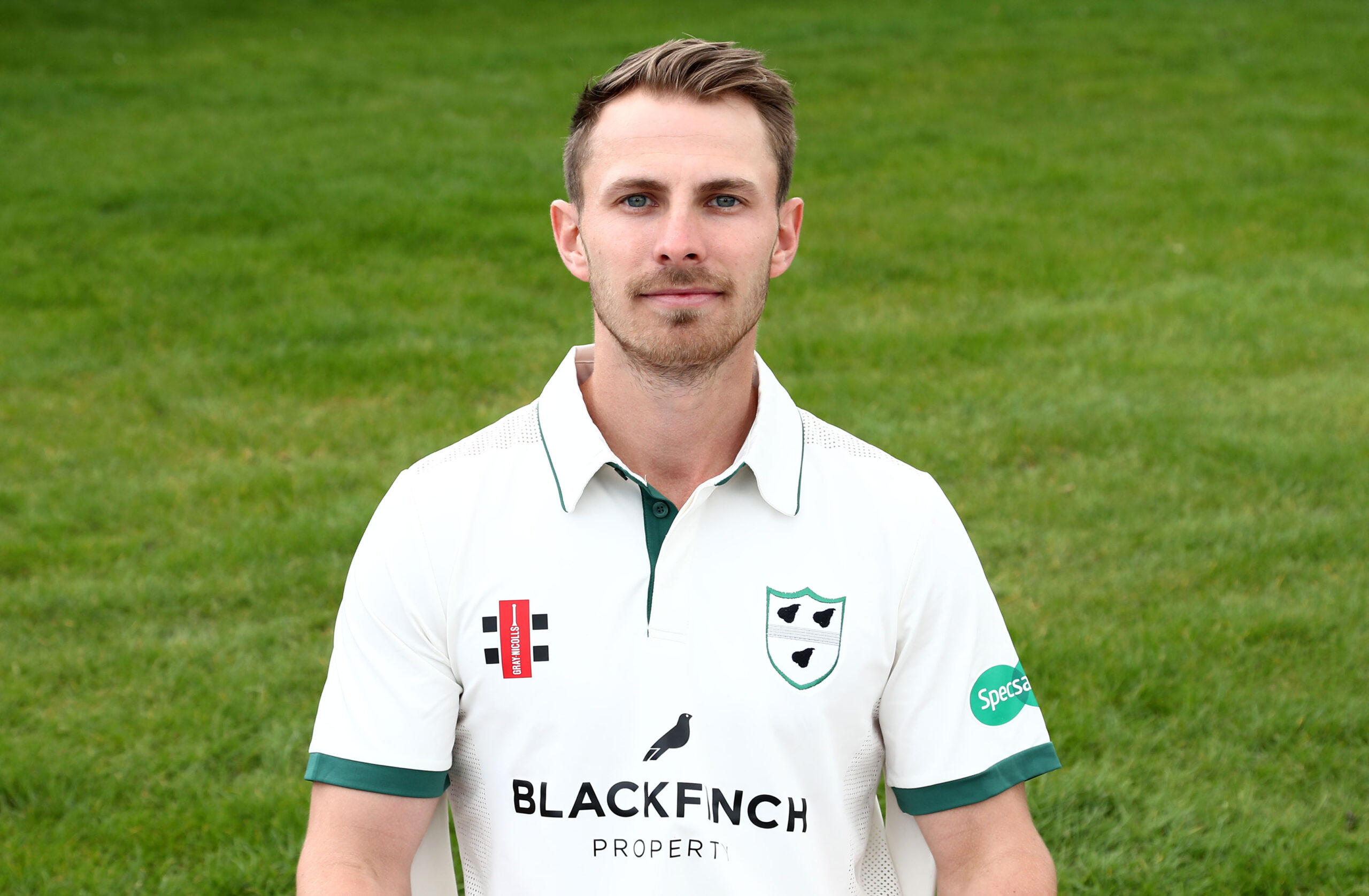 Tom Fell says he is at an age where he “should be maturing as a batsman” and is looking to “kick on” with his career at Blackfinch New Road.

The 26-year-old showed his rich promise early in his career when scoring 1,000 Division One runs in the County Championship in 2015 and then battled back successfully from testicular cancer.

He admits he has endured a challenging couple of years with the bat and has been frustrated at not building on promising starts to an innings in red ball cricket when looking in good touch.

But Fell says he is in a good spot with his game from a technical and psychological point of view after a winter’s work at Malvern College as he gears up for the 2020 campaign.

Here he looks at the past, present and hopes for the future in a Question And Answer Session with the Worcestershire CCC website.

—
Question: You are 26, a senior member of the squad, how has the winter gone for you?

Tom Fell: “The winter has gone really well. It has actually flown by and everyone is looking forward to the season now and getting back outdoors.

“Everyone has put in a really good shift and everyone is working hard and it’s all going pretty well.”
—
Question: For batsmen like yourself it is unusual to start practicing in November compared to previous winter when it all kicks on in January?

Tom Fell: “It is something I’ve never really done. We’ve always started after Christmas but it’s been really good. It has given that little bit of extra time to work on things and really get the basics nailed again especially in red ball cricket after having quite a tough season.

“For us, it is just about going back to basics and really working on things and that extra couple of months have been vital for what we’ve been able to work on.”
—
Question: I suppose it’s a question of making sure the sessions are stimulating and beneficial throughout the winter?

Tom Fell: “I think they’ve got the balance pretty right really. We’ve varied things quite a lot and we are batting two to three times a week over several months as opposed to four times a week. The work-load has been pretty constant and it’s worked well.

“I think it’s just generally about getting us working hard and keeping things interesting and it has gone surprisingly quickly. It’s amazing how quickly it’s gone and everyone is just raring to go and to get outside and playing some actual cricket.”
—
Question: Do you feel you are at that stage of your career where you really want to kick on?

Tom Fell: “Certainly. Everyone knows it’s been a tough two or three years. Certainly last season was difficult, being out of the side for a long period of time and not actually playing a lot of cricket.

“But, for me, it’s been a little bit of a kick up the backside and it’s about just getting back to basics and really working hard. That’s what I’m doing.

“I feel really good in terms of my game at the moment so hopefully that continues and these improvements can be taken into the season.”
—
Question: Is that technical stuff?

Tom Fell: “There is a bit of technical stuff but a lot of it is mental stuff as well. I’ve done some work with Camilla Henderson (Sports Psychologist) just to get my head space right and trying to get some confidence back and a bit of self belief again.

“That has been the main aim for me this season and hopefully that can be taken into a successful season.”
—
Question: When you have got runs, you’ve looked good at the wicket, quite a lot of 30s and 40s without going on to get bigger scores?

Tom Fell: “That is the most frustrating thing and that is something that has probably held me back a bit in the last couple of years, kicking on when I have made starts.

“If you don’t kick on with those starts, then you are going to have games where you do fail and all of a sudden your stats are not so looking so good.

“For me now, that is mainly a mental thing and it is about making the most of those starts and when I do get myself in, go on and make a big score and that’s for me is the key now.

“I’m at an age now where I feel I should start maturing as a batsman. I think in your mid to late 20s that’s when you should start really maturing and know your game.

“For me, that is what I really need to do, kick on and make the best of any opportunities I get.”
—
Question: Supporters remember you getting 1,000 runs in Division in 2015. Has that in anyway counted against you because you did so well so early in your career to make the expectation levels high?

Tom Fell: “I don’t necessarily see it that way. For me, that is a benchmark. That’s where I need to be and where I know I should be as a cricketer.

“It’s been disappointing not to kick on after that season but I know I can do and I’ve still got to cling onto that and use that as motivation really and try and get to back to remembering how it was when I was playing like that.”
—
Question: You can sense amongst the crowd that they want you to succeed after what you went through with the battle against cancer. Do you sense that?

Tom Fell: “Definitely. The crowd are always very supportive. You always do get that sense around the place and we have got fantastic supporters.

“No-one wants to succeed more than myself and I want to put everything that has gone behind me and really focus on the season now.

“It’s a good time to start afresh and kick on again.”
—
Question: With Jake Libby and Hamish Rutherford coming in, there is going to be competition for everybody now?

Tom Fell: “Certainly. It’s brilliant for the club to be in a position where we have got strength in depth.

“We’ve got plenty of bowlers and, if everyone stays fit, we’ve got loads to choose from. For us last season, we did lack a bit of depth in our batting but to have Hamish back as our overseas player and the addition of Jake is brilliant for everyone.

“Jake has fitted in really well, seems to get on with everyone, and it is good to have him on board.”
—
Question: There are six weeks of Championship cricket early season so it’s important to come out of the blocks up to speed?

Tom Fell: “Pre-season for us has been really geared towards red ball cricket with that block at the start of the season.

“What we’ve been doing mainly pre Christmas and post Christmas has been red ball and similarly pre-season we will be gearing up for that first match in August.

“It is going to be really important for us to start that block well.”
—
Question: You got back in the side for the Championship match at Sussex and played a few Blast matches. Did you feel things were coming back together a bit.

Tom Fell: “The white ball stuff, I was pretty happy with last season. It would have been nice to have played even more than I did but it is such a difficult side to break into as we know and with the success we’ve had, getting to two Blast finals days in a row.

“For me, it is nice to be involved and, from where I was as a T20 player three years ago, to where I am now, I can only be pleased with that.

“It is about breaking into that side, keep doing well in Seconds games, and when I do get an opportunity, make the most of it and hopefully play some more games next season.”
—
Question: Your record in the Royal London One-Day Cup has been good, 44 games at an average of 35 and 12 fifty plus scores?

Tom Fell: “Fifty over cricket has been a fairly decent format for me. I had a tough start to last season, I had four or five single figure scores in the first few games, but then I picked it up and had a few decent games last year.

“It’s a format I really enjoy and things I’ve done in T20 cricket can be brought into the 50 over game as well.

“I’ve seen the game change so much over the years and it is about scoring quickly and that is something I can look to improve on in my game.”