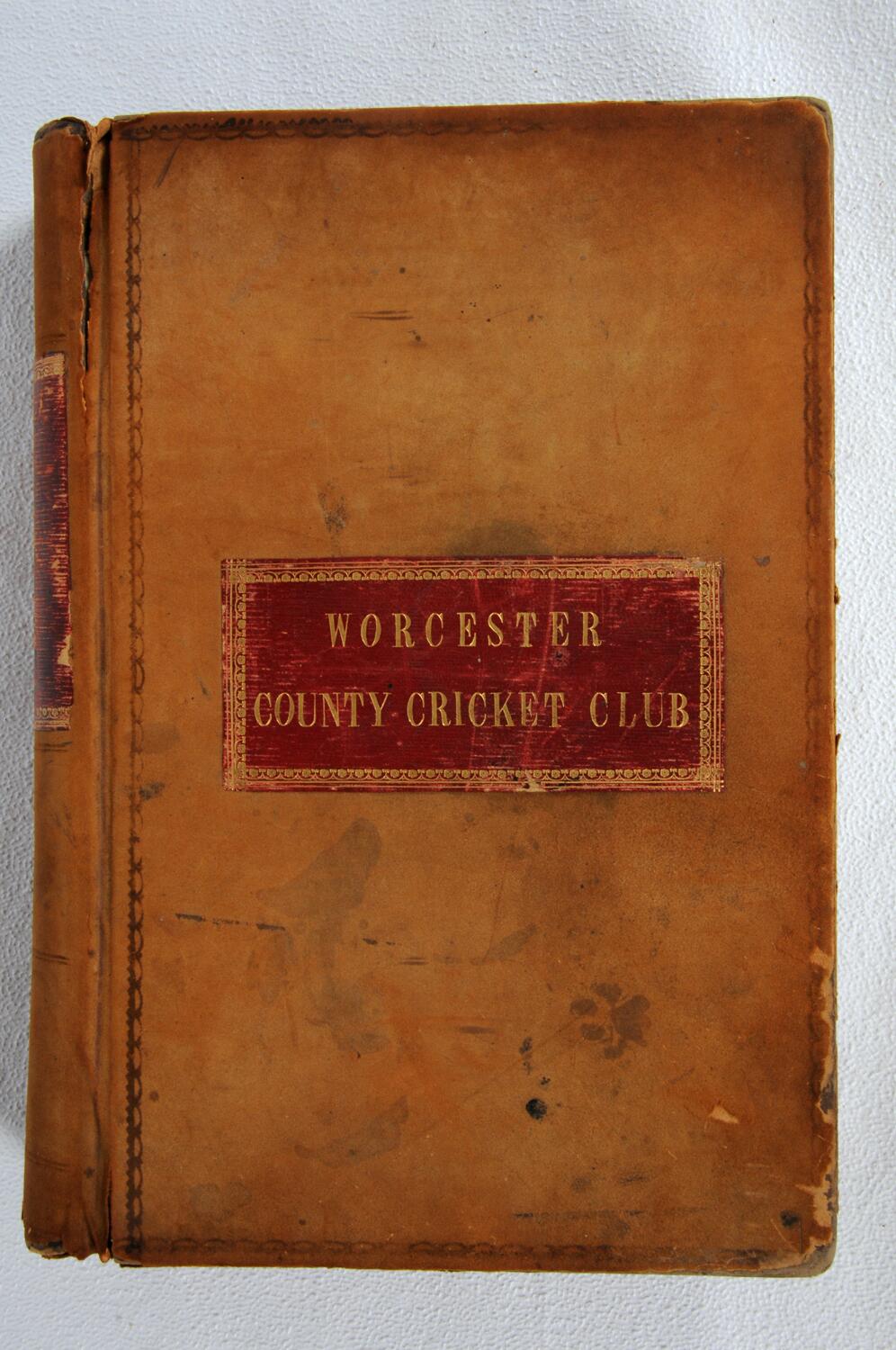 An invaluable piece of Worcestershire CCC’s history dating from the 19th century and before they became a first class county is now safely back in the club’s hands.

Worcestershire CCC Heritage co-ordinator Tim Jones out-bid other interested parties to acquire the club’s score-book spanning the years – and 204 matches – from 1882-1894 at an auction in Leicester.

The overall cost with auction commission-VAT amounted to £2,200 and the book was purchased via funds from the County Cricket Club, the Supporters’ Association, the Heritage coiffeurs and two anonymous donators.

CEO Matt Rawnsley and Chairman Fanos Hira were keen supporters of the scheme going ahead and determined to reclaim and return the book to its original owner namely Worcestershire CCC.

It will now take pride of place next season in one of the Heritage cabinets depicting the County’s proud history in the Hick Pavilion.

The book gives a fascinating insight into the early days of the County and how it slowly but surely developed into the organisation that obtained County Championship status in 1899.

Paul Foley – who had a massive role as club secretary in Worcestershire’s formative years and after whom Foley’s coffee house and eatery is named – and the Foster brothers, seven of whom played for the County, are amongst those figures who are name-checked.

In addition to providing details of all Worcestershire matches in the 1882-1894 period, there are also notes and reviews of the respective seasons recorded.

Tim Jones said: “This book is significant in that it covers our progress as a county from 1882 to 1894 and how we as a club and the game has developed.

“Our thanks go to everyone who has contributed financially towards us being able to buy this book and Matt Rawnsley and Fanos Hira were keen to make this happen.

“The book shows that there were sometimes two and three-day games, four and five ball overs, in our amateur days when we played against sides like Free Foresters, The Worcestershire Regiment, Keeble College, Oxford and leading touring sides.

“Then also in 1893 we made our first steps towards eventual first class status when we played Lancashire Seconds and you can see how the club was moving forward.

“Some of the crucial and great names in the County’s history like Paul Foley, the Fosters, the Bromley-Martins family who played in our inaugural first class game, are mentioned along with some of the early professional players like Arthur Millward, Samuel Raynor and Tom Straw.

“It is a splendid addition to the club’s heritage and it will go on display in the Hick Pavilion from the start of next season and take pride of place.”

Tim Jones then explained how this important book become available to be purchased.

He said: “A flyer came around advertising this auction in Leicester with one of the star items being this score-book. How it ever left the club, we don’t know.

“That’s when we looked at an estimate of between £400 and £800 to purchase it but I was pretty sure it would go for even twice that amount.