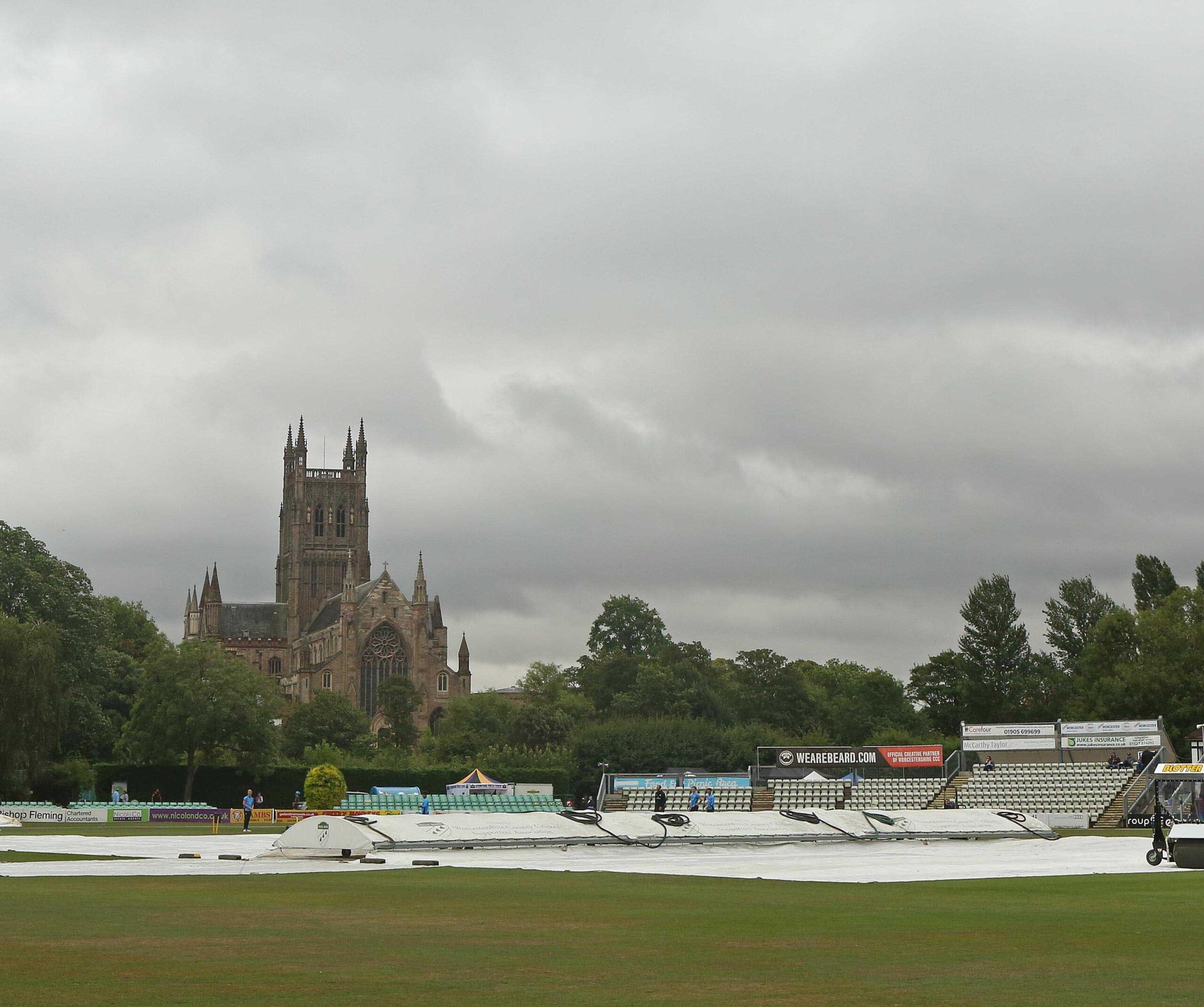 Worcestershire Rapids suffered weather frustration as their Vitality Blast top of the table clash with Lancashire Lightning was abandoned without a ball being bowled this afternoon.

The two teams had gone into the eagerly anticipated encounter at Blackfinch New Road level on 10 points – along with Durham Jets.

But, despite the sterling efforts of the groundstaff, persistent rain from early morning resulted in umpires Neil Bainton and Russell Warren calling off play at 4.20pm.

It meant a soggy end to Martin Guptill and Travis Head’s spells as overseas players with Worcestershire.

Guptill had scored the County’s fastest ever T20 hundred off 35 balls on Friday in the win over Northamptonshire Steelbacks at Wantage Road.

He will now head off for a further stint of playing in the Caribbean Premier League.

Head had initially been scheduled to remain with Worcestershire until mid September but has been called up by Australia A for their tour of India.

Worcestershire will next be in action on Friday when they entertain Durham Jets in a game which will get underway at 4.30pm.

The County’s Head Bowling Coach Alan Richardson said: “Massively frustrating. It was an opportunity missed potentially to get ourselves well clear at the top of the league but these things happen.

“I’m sure it will happen throughout the tournament. It’s a long 14 games. We just have to take it and move onto Friday.

“This was Travis (Head) and Martin (Guptill’s) last game for us and they performed brilliantly, both of them on Friday (against Northamptonshire).

“It would have been nice for them to hopefully put on another show for their last home game. It is a real shame and this competition is about momentum.

“It means we just take it into Friday now hopefully against Durham.”