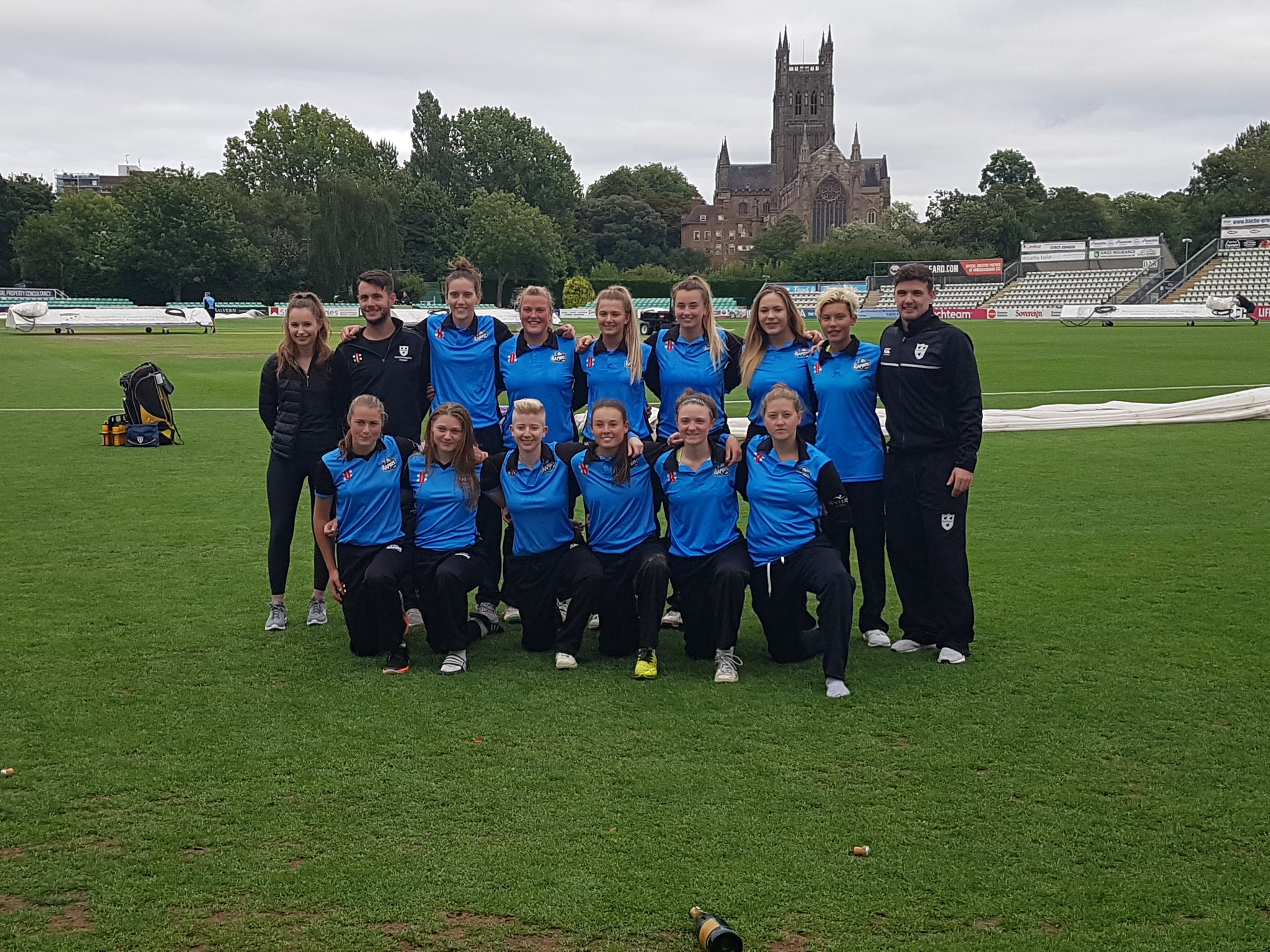 Worcestershire Women’s Rapids are back in Division Two of the ECB County Championship for the 2019 campaign after a one year absence.

They bounced back from their relegation 12 months ago with an emphatic 97 run win over Cornwall in the Division Three play-off at Blackfinch New Road.

Worcestershire opted to bat on the same wicket used by the men’s Rapids team in securing their place at Vitality Blast finals day for the first time.

They looked set for a huge total after openers Chloe Hill and Beth Ellis put on 147 but eventually had to settle for 227-9 in their 50 overs.

But this proved more than enough after Issy Wong and Emily Arlott destroyed the Cornwall top order and they were dismissed for 130.

Keeper Hill made 78 off 86 balls with eight fours before she was the first to depart in a fine spell by Ellie Mitchell (3-47).

Ellis went onto make 69 from 118 balls with five boundaries before she was sixth out for 191. But the only other player into double figures was Elysia Fleck (12).

The importance of the Hill-Ellis partnership quickly became clear as Cornwall’s top order were taken apart by Arlott and Wong.

They both picked up two wickets in their initial spells as the visitors were reduced to 44-4.

Only Rebecca Odgers, with 56 off 57 balls with 11 fours, threatened to make a fight of it for Cornwall.

She was eventually eighth out at 125, stumped by Hill off Ellis.

Ellis bowled 10 tight overs to go with her efforts with the bat and ended with 1-29 from 10 overs.