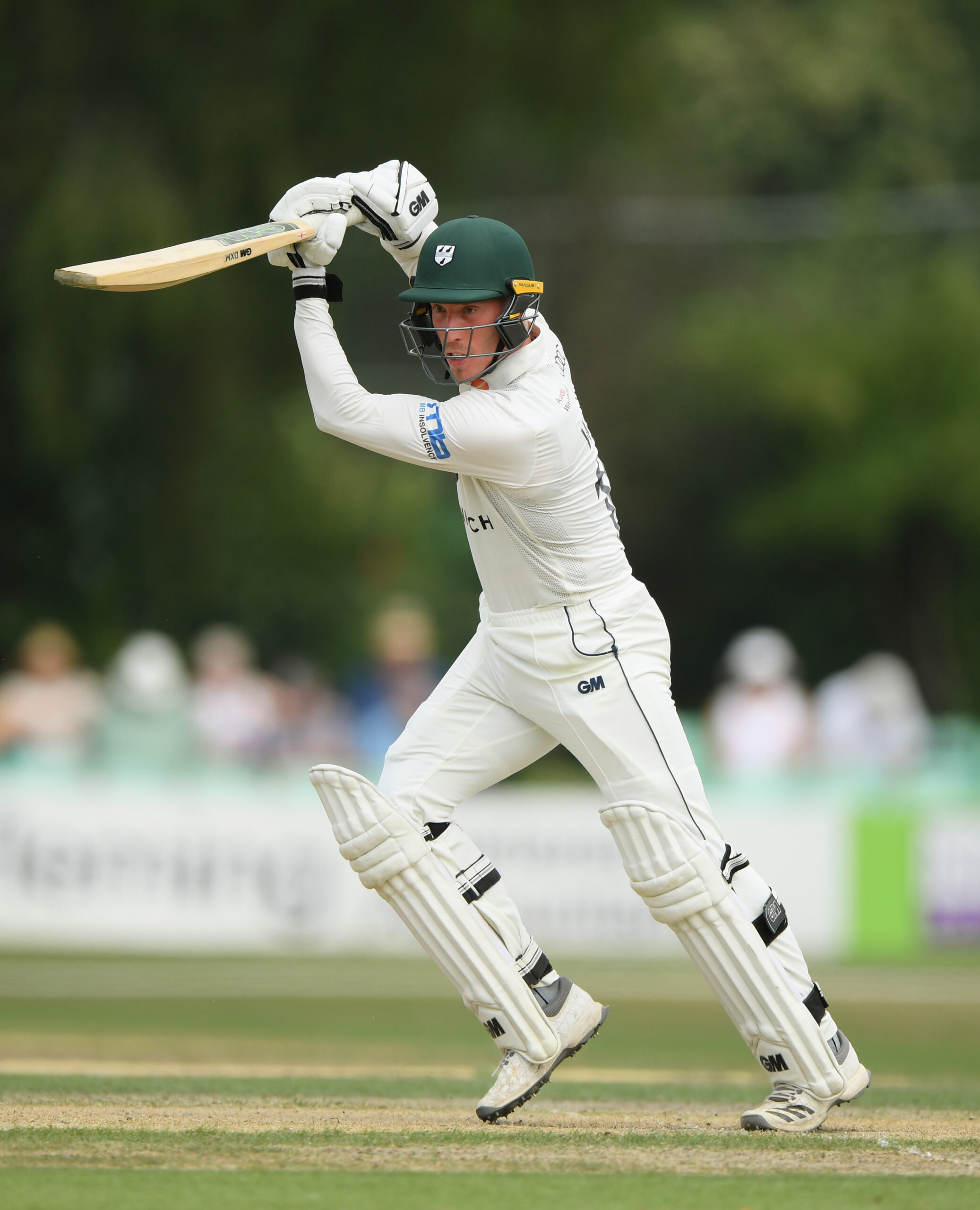 Luke Wood scored his maiden half century for Worcestershire and led a lower order recovery on the second day of the Specsavers County Championship match with Somerset at Blackfinch New Road.

The on loan Nottinghamshire paceman came to the wicket with Worcestershire 120-7 in reply to Somerset’s 337 all out.

Wood shared in an initial partnership of 46 with Ross Whiteley (26) and then a ninth wicket stand of 84 with Dillon Pennington (37).

It helped the County avoid the possibility of being asked to follow on and also secured two valuable batting bonus points before they were dismissed for 257 in 63.5 overs.

Wood brought up his half century off 66 balls with his eighth boundary – off England spinner Jack Leach and ended unbeaten on 65.

Worcestershire then bowled well without any tangible reward in the final session although Somerset openers Marcus Trescothick and Ed Byrom showed great application in reaching 47-0.

Somerset had resumed on 324-9 in their first innings and added 13 more runs before Leach (7) edged Ed Barnard to Whiteley at first slip.

When Worcestershire launched their reply, Travis Head (2) nicked Josh Davey to third slip and Daryl Mitchell (5) was caught down the leg side against Craig Overton.

Joe Clarke, Worcestershire’s leading run-scorer in the Championship, struck four boundaries in his 16 but then clipped Davey into the hands of mid wicket.

Moeen Ali, playing his first Championship game of the season, was involved in a thrilling battle out in the middle with Jamie Overton.

The England all-rounder pulled him for four and clipped off his legs for another boundary but in between played and missed on several occasions.

He made 30 but then drove at Jamie Overton and was caught behind and five runs later skipper Brett D’Oliveira (22) was leg before to the same bowler in the last over before lunch.

Barnard, promoted to number six, and debutant keeper Alex Milton offered the first shoots of a recovery in a seventh wicket stand of 38.

Barnard (29) looked solid and compact and Milton (8) also got his head down in a stand spanning 11 overs before they were both dismissed in successive overs by Davey and Craig Overton respectively.

Wood came to the wicket at 120-7 and kept Whiteley company in a partnership involving the two Sheffield born left handers.

Whiteley struck some typically powerful blows in his 26 before he was bowled by Jamie Overton.

But his dismissal brought in Pennington, playing only his second Championship match, and he showed his mettle and willingness for a fight in adversity alongside Wood.

The innings finally ended when Pennington was bowled by Jamie Overton and then Steve Magoffin (1) popped a Davey delivery up on the on side.