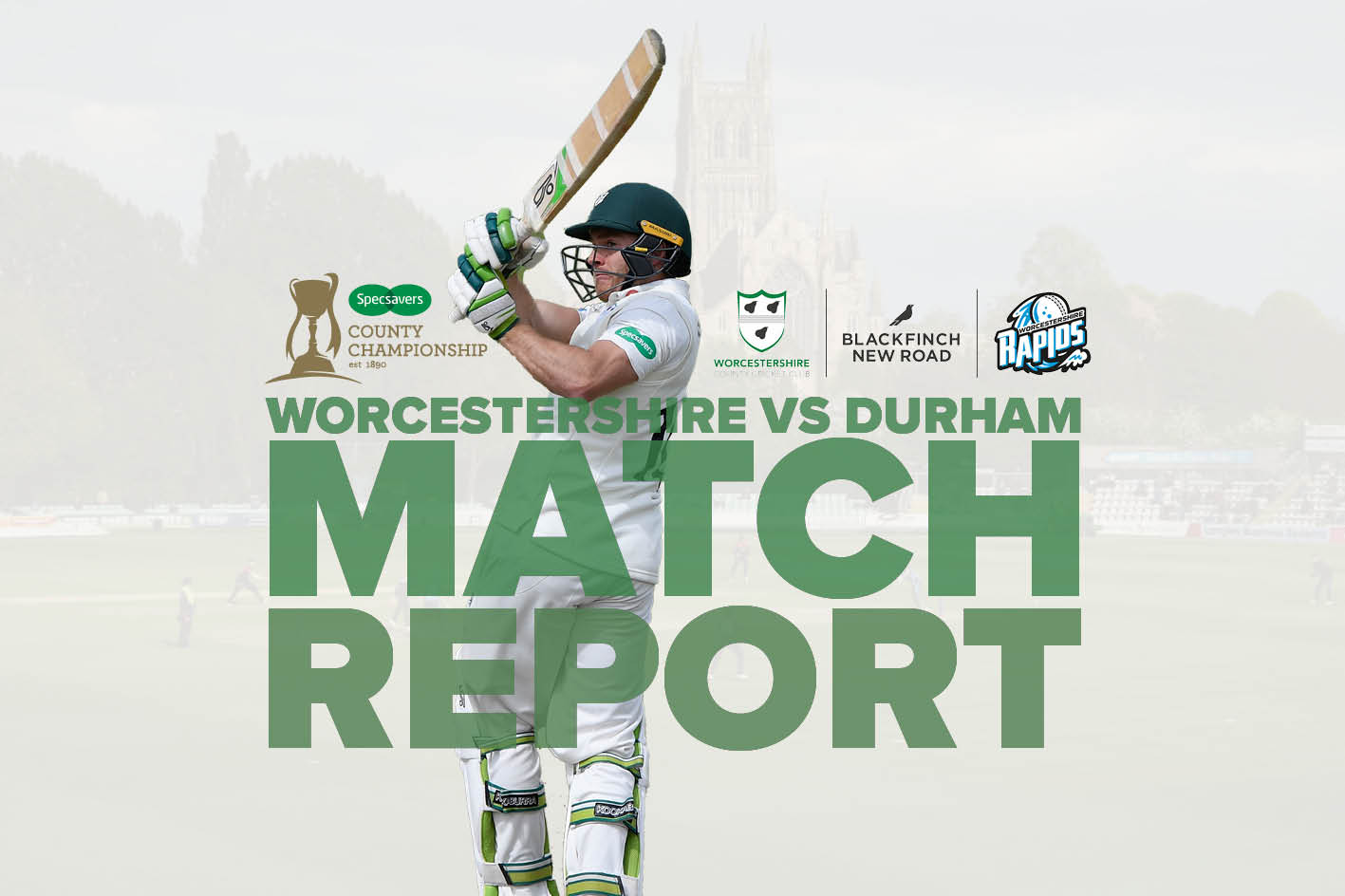 Worcestershire overcame a five wicket blast from Chris Rushworth to register a second successive win on the final day of the Specsavers County Championship clash with Durham at Blackfinch New Road.

Rushworth picked up all five wickets in reducing Worcestershire to 55-5 in pursuit of a 81 target in overcast conditions ideal for seam bowling.

It made for a tense morning’s cricket but Worcestershire’s depth in the batting department was again evident as the sixth wicket pair of Ross Whiteley and Ben Cox saw them over the finishing line.

Worcestershire’s 23 point return followed the maximum haul in the innings victory over Leicestershire at the Fischer County Ground.

It was a deserved success and Worcestershire again showed their prowess with the ball.

Charlie Morris followed up his career best 7-45 in the win over Leicestershire with a return of 6-53 in the first innings.

Josh Tongue demonstrated his potential in front of England Director Of Cricket Ashley Giles with a five wicket haul and skipper Joe Leach confirmed his fitness after 11 months out with a stress fracture of the back.

With Wayne Parnell back in contention for Monday’s trip to Old Trafford after being rested against Durham, Pat Brown close to completing his University exams and England Under-19 paceman, Adam Finch bowling well for the Seconds and Dillon Pennington moving closer to fitness, Worcestershire have plenty of depth in their seam bowling department.

There were also sizeable contributions with the bat from debutant Josh Dell, century-maker Riki Wessels and Whiteley.

Australian batsman Callum Ferguson will also be available to face Lancashire after missing the Durham game due to a family commitment.

Rushworth was soon into his stride in trapping Daryl Mitchell (9) lbw after he offered no stroke and George Rhodes (0) went for a drive and was bowled.

Dell (4) also had his stumps shattered by Rushworth.

Wessels was undone by a ball which kept low and castled him for a third ball duck.

Fell made an aggressive 36 off 37 balls with eight fours before he went lbw but that was the last breakthrough for Durham as Whiteley and Cox stood firm and completed the task half an hour before lunch.