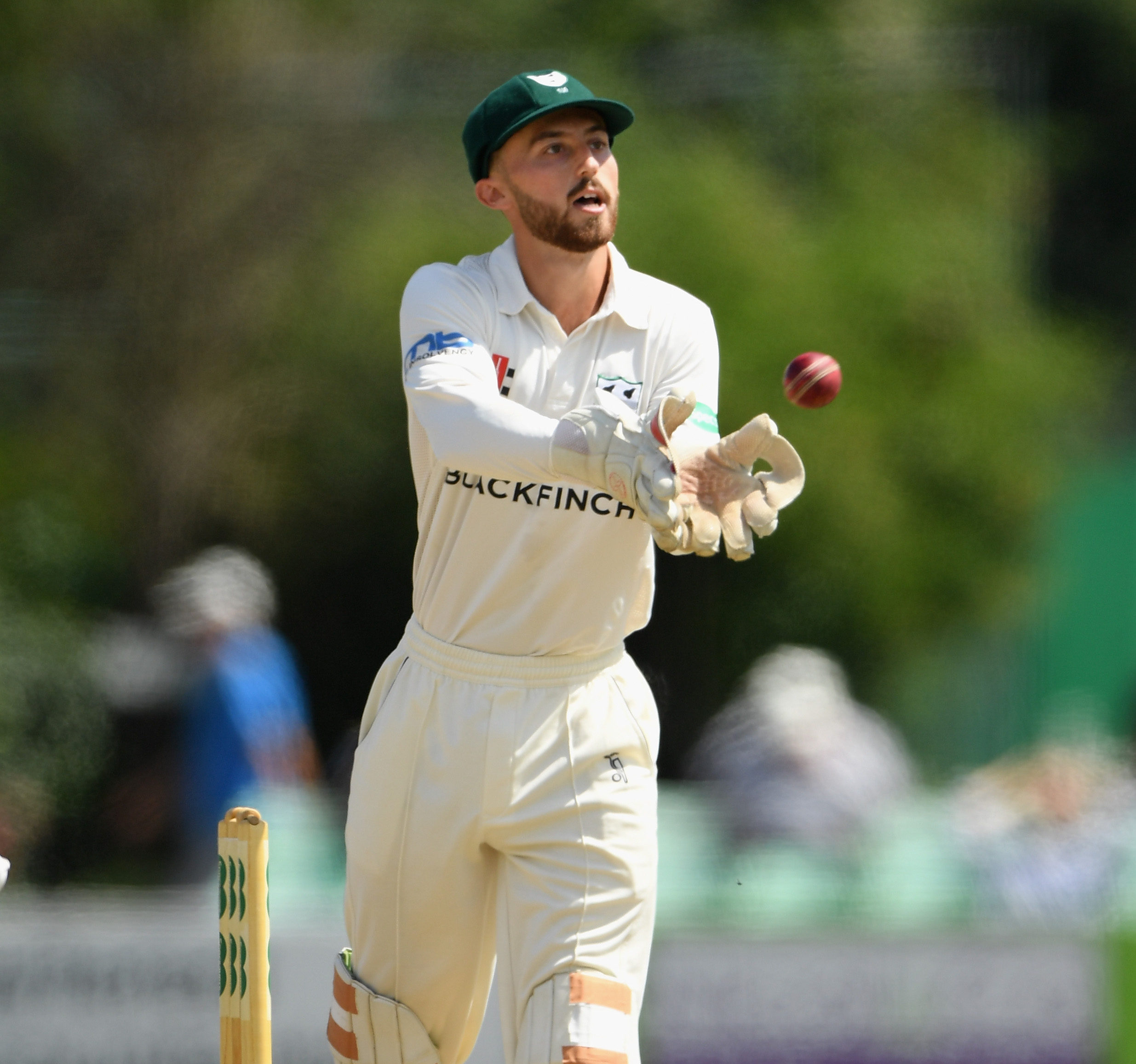 Worcestershire wicket-keeper Alex Milton was happy with his overall performance behind the stumps after making his Specsavers County Championship debut against Somerset at Blackfinch New Road.

Milton, who replaced the injured Ben Cox, held onto three catches as Somerset closed the opening day on 324-9.

Milton, who has been captaining Cardiff MCCU this summer, said: “I was a little bit nervous turning up this morning but it didn’t take too long to settle in and to get my first catch was nice to get up and running.

“I was happy with the catch off Mo (Moeen Ali). It’s my job at the end of the day but I’m glad I took that one and I was pretty happy with the way I kept overall.

“I’m happy with the way the lads have gone at it all day and to get them nine wickets down is a good effort.

“Hopefully tomorrow we will take that final wicket as soon as possible and get batting.”

Milton added: “I think the game is pretty even. The wicket is still doing a bit, especially with the new ball. It has done a bit all day really.

“We’ve made the right decision (to bowl) but at the moment the game is balanced 50-50. We’ve put the ball in the right areas and tried to make the batsmen make the mistakes.

“Of course, there have been partnerships throughout the day but we’ve done well to break those and get them nine down at the end.”

Somerset wicket-keeper-batsman Davies said: “I think we’ve had a pretty good day. It would have been nice for either myself, Tommy (Abell) or Hildo (James Hildreth) to go on and get a big score but there was a little bit in the wicket all day.

“Certainly Ed Barnard I thought bowled really well and got a little bit out of the wicket so all in all we are pretty happy with the day.

“How did the pitch play? At times I thought it was pretty flat but there is a little bit in it if you bowl in the right areas which I think is pretty hard into the wicket and back of a length.

“Jamie and Craig’s (Overton’s) partnership at the end was pretty vital and for us to get 320, we are pretty happy so far.”